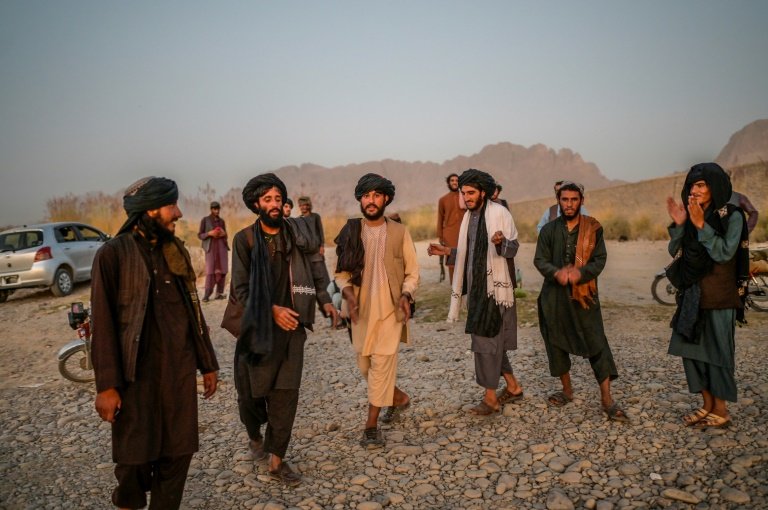 As the setting sun turns the Arghandab river violet, seven young Taliban turn in a circle on the bank, singing and dancing in traditional Afghan style.

The scene would have been unimaginable 20 years ago, when the hardline Islamist group were first in power and banned music outright.

And just months ago the riverbed was the site of bloody clashes between the Taliban and government forces -- the concrete bridge the men are dancing under is cleft in two, destroyed in fighting.

But now a chorus rises from the rocky bank, as they move from side to side, clapping their hands and chanting the lyrics of a patriotic Afghan song: "Send me a hello from Kabul... I miss you very much."

When the Taliban ruled Afghanistan from 1996 to 2001, all entertainment, including singing and dancing, was forbidden. 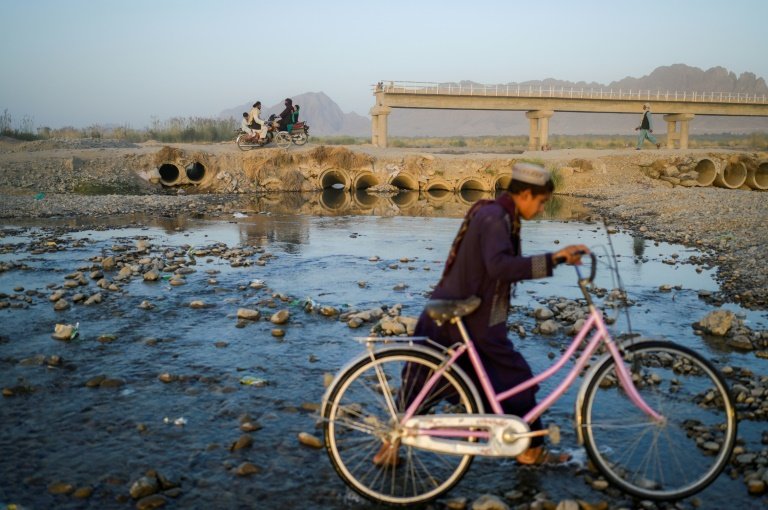 But these younger Taliban do listen to music -- even if most of it is religious.

Since the group's return to power in mid-August, even its leaders seem to have relaxed slightly on the topic -- at least in larger cities, where people are not being punished for listening to music.

The young Taliban under the bridge have come here to relax before they head back to Kandahar, the group's spiritual birthplace, just 10 kilometres (six miles) away.

Although the origin of their song is unclear, it celebrates national unity in a country riven with ethnic and tribal divisions.

"This song belongs to us, it belongs to our country," says Hafiz Mudasir, a dancer in his twenties. 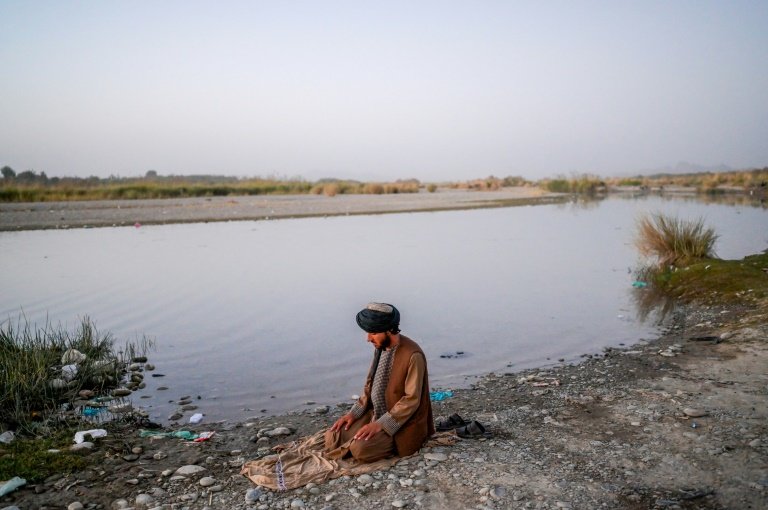 Like his companions, he is tall, thin and bearded -- and still full of excitement at his group's victory after two decades of fighting the US-led occupation and the former government.

"Twenty years ago, American troops arrived, but we had a plan," he says.

Taliban fighters took Kabul on August 15 following a lightning offensive launched in May as the United States and NATO began their final withdrawal.

They have promised a more moderate brand of rule this time -- though they have made clear that they will run Afghanistan within the restrictive limits of their interpretation of sharia law.

"We're not doing anything bad. It's our enemies who are spreading rumours, saying we're killing people,” says Hafiz.

But many in Afghanistan are distrustful and fear a return to the harsh rule of the 1990s. 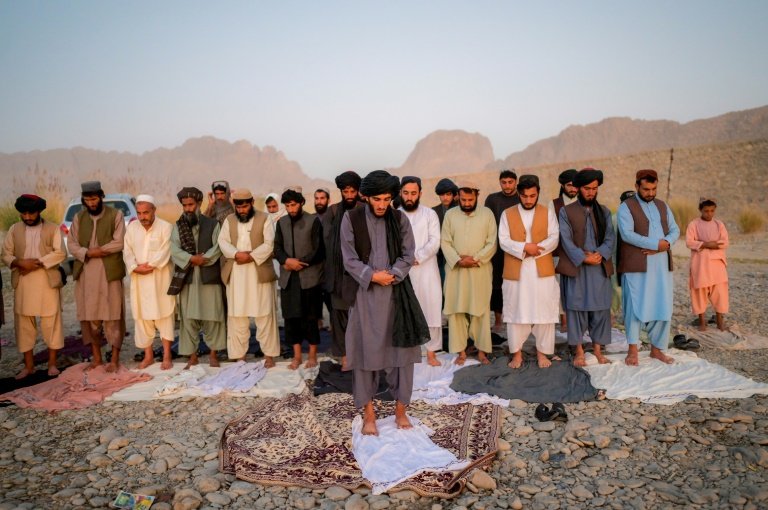 Taliban members pray together at dusk by the riverbed / © AFP

As the sun vanishes below the horizon, the dancers are joined by 20 or so other Taliban members.

They spread out rugs on the pebbles of the riverbank and begin to pray in the fading light.

Bread and melons await them when they are finished.

As evening falls, a line of vehicles passes by the foot of the bridge, splashing across the riverbed to get to the other bank.

They used to be able to use the bridge, until last December, when the Taliban, looking to isolate Kandahar, detonated a vehicle stuffed full of explosives on it.

The bridge collapsed in the middle, leaving a 10-metre-wide hole with government forces on one side, and the Taliban on the other. 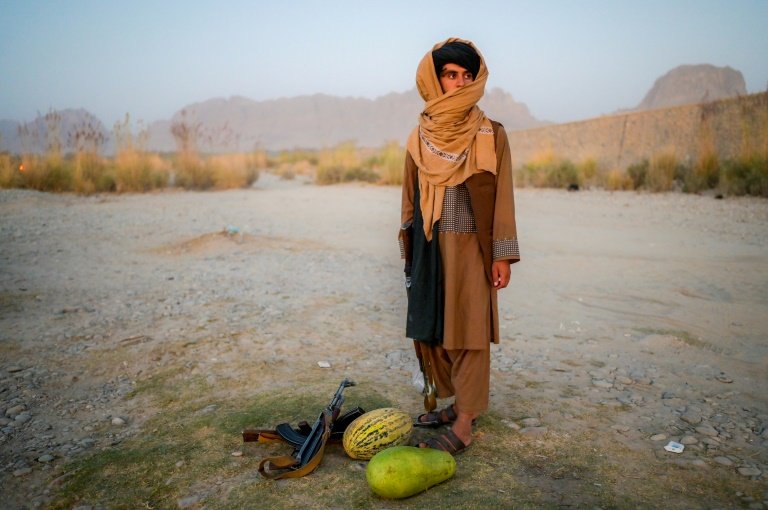 A police station on the Taliban side came under attack by the militants, who sent suicide bombers to kill the policemen trapped there.

But that attack -- like many others that saw civilians killed -- does not appear to stir Hafiz's conscience.

He tells AFP such violence is the price the Taliban pay to "spread Islam in the region".

And if an innocent is killed, "he can thank God, because it's good to die a martyr".