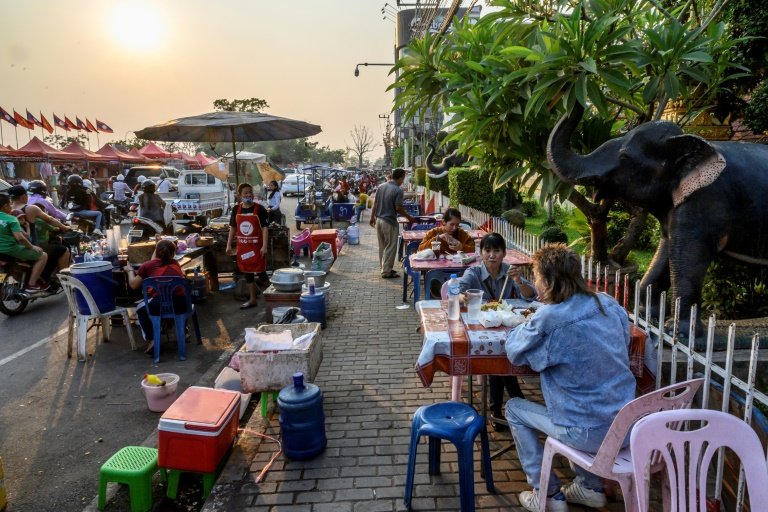 Reclusive Laos has locked down its capital Vientiane and barred travel between Covid-hit provinces, as cases soared to a record high.

The communist country appeared to have escaped the brunt of the pandemic in 2020, and by March this year had reported fewer than 60 cases -- though the low number was due in part to limited testing.

But a surge since mid-April has seen its caseload steadily increase, and on Saturday the country reported 467 new cases of community infection, its highest ever single-day tally.

The mayor of Vientiane, where the bulk of the cases were detected, declared a strict lockdown on Sunday for two weeks, ordering residents to stay in their homes unless obtaining food, medicine or making their way to a hospital.

Travel between seven other hard-hit provinces is banned, while entry into Vientiane requires a quarantine of 14 days.

All public gatherings -- even religious ceremonies -- are also banned, as are activities including outdoor exercise and selling street food, according to state-run media KPL.

The surge in cases over the weekend was linked to fresh clusters found in the country's garment factories, with the bulk of workers infected with the highly contagious Delta strain.

According to the country's health ministry, it has administered more than 4.5 million vaccine doses -- mostly Sinopharm donated from neighbouring China and the Pfizer-BioNTech jab obtained via the Covax programme for low-income countries.

State-run media reported that any violation of Vientiane's lockdown would result in a fine of three million kip ($310) -- a punishing fee in a country where the annual income per capita is about $2,600.