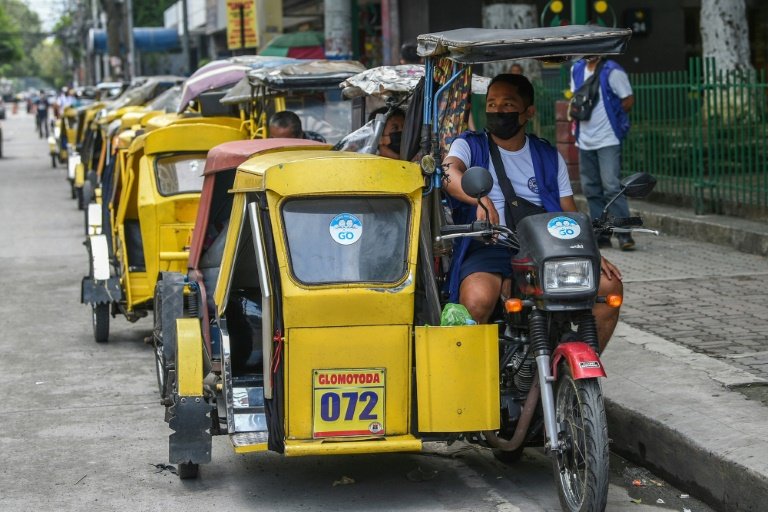 The Philippines will ease coronavirus restrictions in the capital Manila to spur economic activity, officials said Tuesday, despite record infection numbers and a warning from the WHO against the move.

Restaurants, churches and beauty salons in the national capital region will open at lower capacities from Thursday to get tens of thousands more people back to work.

"We should strive for total health and this can only be realised by carefully balancing our COVID-19 response by considering both the health of our people and the economic health of the nation," President Rodrigo Duterte's spokesman Harry Roque said.

Virus cases have surged to record levels -- more than 140,000 cases in the past week -- thanks to an outbreak of the highly contagious Delta variant.

The World Health Organization's representative in the Philippines on Tuesday warned against relaxing curbs.

While six of 10 adults in the capital are fully inoculated, "this is not adequate at this point to relax quarantine positions", the WHO's official in the Philippines, Rabindra Abeyasinghe, told government television.

"If there is a further increase in the current transmission levels, it could lead to an overwhelming of the hospital systems, that's why we need to be very careful in calibrating how we respond to the current situation," he said.

The metropolis of 13 million will be placed on the second-highest alert under a new classification system that replaces guidelines which left many residents and business owners confused about which activities were allowed.

Localised lockdowns targeting specific buildings, streets or neighbourhoods will be enforced to check the spread of the virus, replacing the current scheme that covers entire cities and regions.

Churches will also be allowed to seat 10 percent of their capacity for services but other indoor group activities, including those that lead to crowding, remain banned.

A succession of shutdowns since the start of the pandemic has sidelined more than two million workers in the food and leisure sectors in the capital alone, according to Trade Secretary Ramon Lopez.

Millions of children started a second year of remote lessons this week in the Philippines, which has kept schools closed since the start of the pandemic.

Officials said Tuesday that when the alert level is reduced to the second lowest, classrooms may reopen alongside indoor entertainment and social events at up to 50 percent capacity.

But authorities have had few options to slow the spread of the virus as hospitals have filled up and the nationwide vaccination rate remains low at 22 percent.

The president said in a pre-recorded television address aired Tuesday that vaccinations -- now limited to priority sectors -- could start for the general adult population next month "if there is a stable vaccine supply".

The coronavirus has infected more than 2.2 million people and killed more than 35,000 in the country.