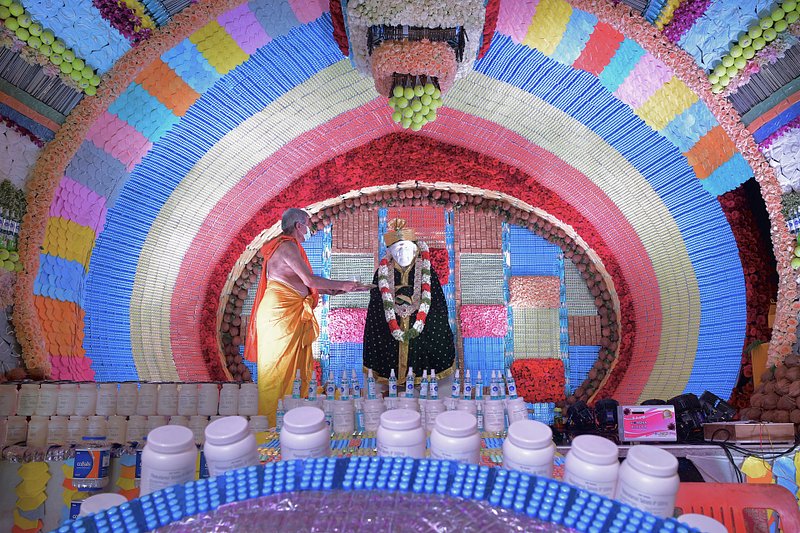 A Hindu priest makes an offering to an idol of Bhagwan Sai Baba inside Sai Baba Temple decorated with medicines, face masks and other items commonly used to prevent the Covid-19 coronavirus, during Guru Purnima celebrations in Bangalore on July 24, 2021. / © AFP

The most important developments both at home and abroad.