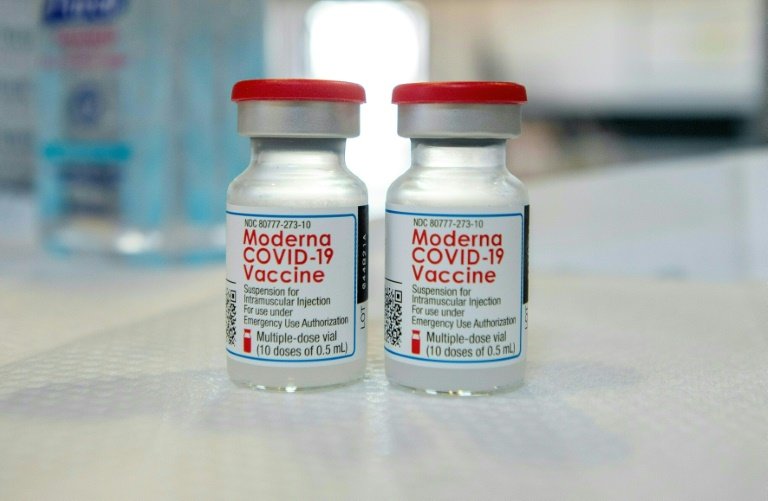 The European medicines regulator on Friday approved the use of Moderna's anti-coronavirus vaccine for children aged 12 to 17, making it the second jab for adolescents for use on the continent.

"The use of the Spikevax vaccine in children from 12 to 17 years of age will be the same as in people aged 18 and above," the European Medicines Agency (EMA) said, using the vaccine's brand name.

The vaccine will be given in two injections, each four weeks apart.

The decision by the Amsterdam-based agency follows the approval of the first vaccine for European youngsters, by Pfizer/BioNTech in May.

"The study showed that Spikevax produced a comparable antibody response in 12- to 17-year-olds to that seen in young adults aged 18 to 25 years," it said.

It thereby trains an immune response without exposing the host to a real infection.

The EMA said there were common side effects in children similar to those in adults.

"These effects are usually mild or moderate and improve within a few days from the vaccination," the EMA said.

But it noted that due to the "limited number of children and adolescents included in the study, the trial could not have detected new uncommon side effects".

"However, the overall safety profile of Spikevax determined in adults was confirmed in the adolescent study," it said.

"The  benefits of Spikevax in children aged 12 to 17 outweigh the risks, in particular in those with conditions that increase the risk of severe Covid-19."

The EU on Thursday said 200 million Europeans have been fully vaccinated, more than half of the adult population, but still short of a 70 percent target it had set for the summer.

The EU's rollout began more slowly than in Britain and the United States -- largely because of supply shortages -- and drew heavy criticism during the first months of the year.

The European Commission, which coordinated vaccine orders for the 27 member states, was the subject of many of the complaints.

European Commission chief Ursula von der Leyen had announced on July 10 that the EU had enough doses to vaccinate "at least 70 percent of the adult population this month".