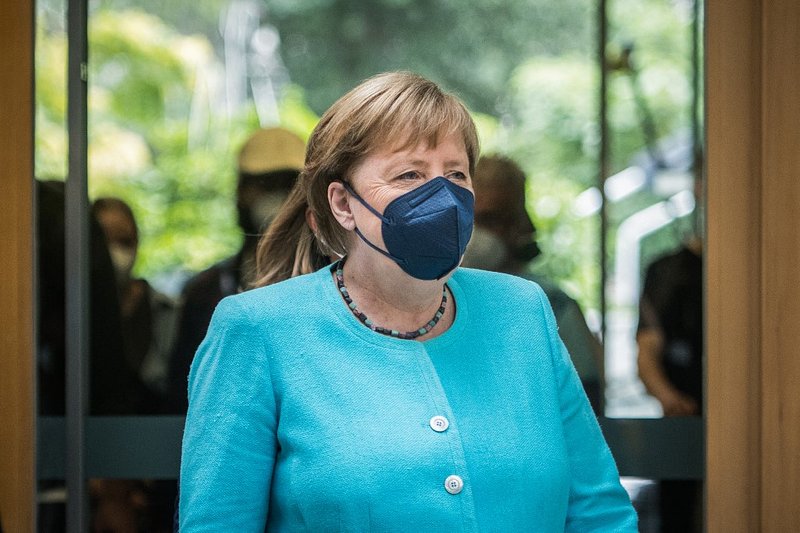 Chancellor Angela Merkel stressed the need to "speed up" the fight against climate change, as the death toll from devastating floods in Germany reached 177 on Thursday.

Merkel, who is retiring after September elections, said that Germany and other countries had "not done enough" to meet the goal set out in the Paris climate accord of capping global warming at 1.5 degrees Celsius.

"We shouldn't pretend that we haven't done anything, but it's true that not enough has been done to reach the aim of staying well under two degrees and as close to 1.5 degrees as possible," Merkel told reporters.

"That is not just true of Germany, but of many countries across the world, which is why we need to increase the tempo."

One of the regions worst hit by last week's devastating floods, Rhineland-Palatinate said Thursday that its death toll had reached 128, taking the total count to 177 in Germany and 209 across Europe.

"We have also made clear that this sum will be increased if it proves not to be enough," Merkel said Thursday.

She added that society faced a "profound transformation" as European governments looked to reach carbon neutrality in the coming decades.

Merkel, who will leave office after 16 years following the September 26 poll, defended her record on the environment.

She pointed to new emissions reductions targets agreed by her government earlier this year, which mean Germany now aims to reach carbon neutrality by 2045, five years earlier than the previous target.

The move came after Germany's highest court demanded the government revise its targets, which it said were not ambitious enough.