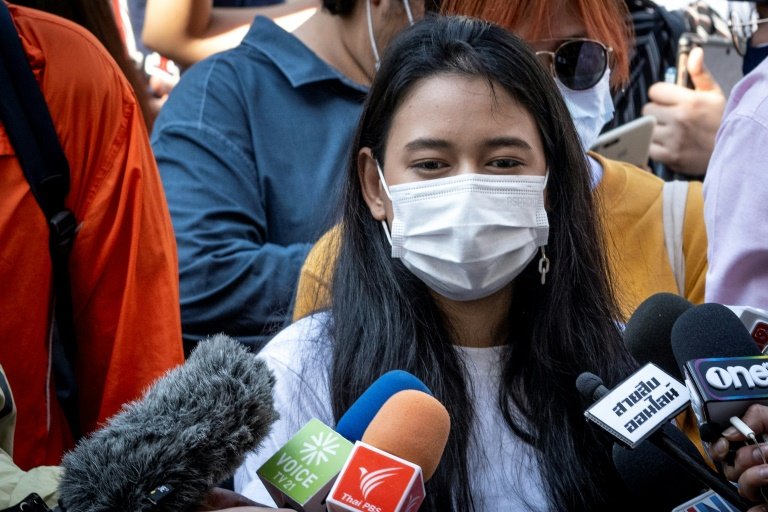 A dozen Thai pro-democracy student activists were charged with royal defamation and sedition on Thursday, their lawyers said, over a rally last year that demanded reforms to Thailand's unassailable monarchy.

The pro-democracy movement, which has been largely led by student activists, kicked off a year ago due to public discontent over Prime Minister Prayut Chan-O-Cha's administration.

One key protest demand that emerged was monarchy reforms, a once-taboo issue that spilled into public discussion due to the student-led rallies that drew tens of thousands at their peak.

At one such protest in October last year, thousands marched to the German embassy in defiance of the king, who has spent long periods of time in Germany.

"All 12 have been charged with 112 (lese majeste) and 116 (sedition), with the youngest being 20 years old," said the Thai Lawyers for Human Rights group (TLHR), which represents the students.

"The main reason for the charges is the rally and speeches delivered in front of the German embassy."

The students were bailed by the end of the day under several conditions, including that they "must not commit further wrongdoings related to the royal institution", TLHR said.

A 13th protester -- who was part of the rally -- is also expected to appear in court Friday to be indicted on the same charges.

Abolishing Thailand's draconian lese majeste law is among one of the key demands in the pro-democracy movement, as critics have long said it is interpreted too broadly to target political opponents.

Scores of protesters have been hit with the royal insult law, with the most prominent figures earning multiple charges for different protests.

It carries a maximum penalty of 15 years per charge.

Ahead of the court's indictment, Germany's Green Party had thrown their support behind the young protesters.

"It must be ensured that they receive a fair trial and that representatives of the German embassy are given the opportunity to accompany the process," its members said in a statement issued Wednesday.

"We clearly condemn the draconian crackdown on peaceful demonstrators, including politically motivated charges." 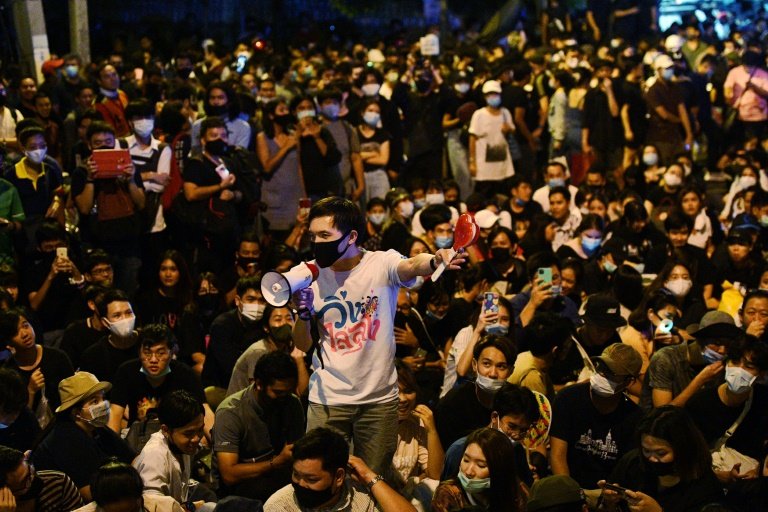 Student leader Patsaravalee Tanakitvibulpon -- better known as "Mind" -- told AFP after she left the court she was "overwhelmed with joy" by their backing.

"This shows support of an international principle that aligns with what we do."

Other key demands of the movement include the resignation of Prayut -- a former military chief who masterminded the 2014 coup -- and for a rewrite of Thailand's military-scripted constitution.

In recent months, as Thais weather a deadly Covid-19 surge, protesters have pivoted their grievances to Prayut's handling of the pandemic.

This week, the hashtag "Prayut Get Out" started trending as Thailand placed more provinces under a partial lockdown amid a record number of new infections on a near-daily basis.

Currently, there are more than 453,000 Covid-19 cases and 3,697 deaths in Thailand -- the bulk of the toll detected since April after an outbreak in night clubs frequented by Bangkok's political elite.