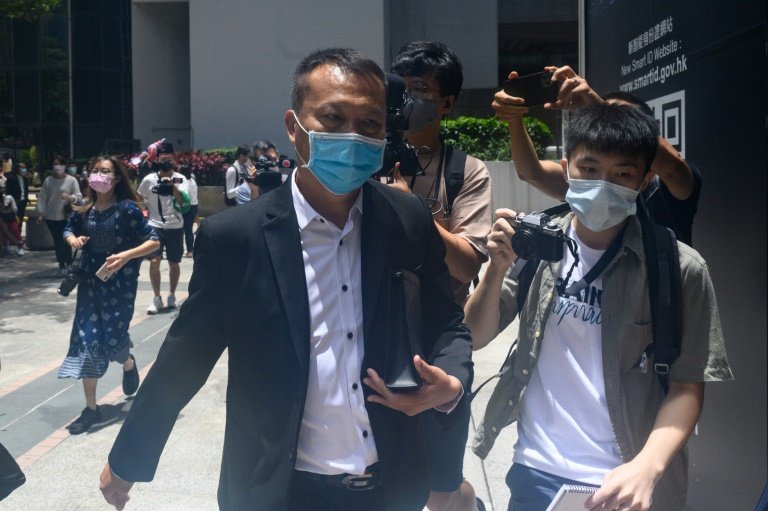 Seven Hong Kong government supporters who took part in a violent assault on democracy supporters and commuters were jailed Thursday for what the trial judge described as an "indiscriminate attack".

The jailings came exactly two years after a gang of men dressed in white shirts and carrying sticks descended on people returning at night from a democracy rally in the town of Yuen Long.

The brazen assault -- and the police's failure to respond quickly enough -- was a turning point in 2019's huge and often violent pro-democracy protests, further hammering public trust in both the force and Hong Kong's government.

Only a handful of attackers were ever identified and charged by police.

On Thursday, seven men were given terms of between three years and nine months to seven years in jail following their conviction for rioting.

Judge Eddie Yip said the gang of attackers had "collectively lost their minds" and heavy sentences were required because of the violence used and its impact on the community.

"They collectively took the law into their own hands and put residents in extreme terror," he said.

After the sentences were read out, some supporters of the defendants shouted insults at Yip, including calling him "dog judge".

One man holding a Chinese flag repeatedly shouted "dog judge" as he walked outside the courtroom.

During the Yuen Long attack more than a hundred men pounced on protesters as well as reporters and ordinary commuters, sending some 50 people to hospital. 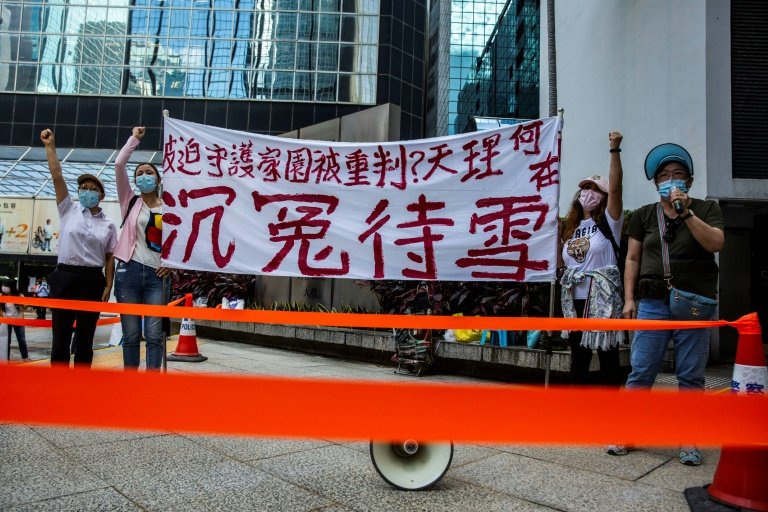 Much of the attack was broadcast online by journalists and victims. Police later confirmed some of those involved had links to triad organised crime gangs.

The ambush became a public relations disaster for Hong Kong's government, especially after police officers were photographed talking to men in white wielding sticks and letting them leave the scene.

An award-winning investigation by public broadcaster RTHK found police did not stop a build-up of men with sticks in Yuen Long in the hours before the attack.

A producer on that investigation, Bao Choy, was later convicted for making improper vehicle licence plate searches as part of an effort to trace the attackers.

Hong Kong police have consistently denied any wrongdoing and allegations of collusion. It says its officers were too busy handling violent democracy rallies across the city.

In more recent months, police have sought to recast events of that night with one senior officer calling it an "evenly matched" fight between two opposing sides.

They have charged some of those who were attacked with rioting, including prominent pro-democracy politician Lam Cheuk-ting who was beaten bloody. Lam is expected to go on trial in 2023.

But he also asked people to "move on".