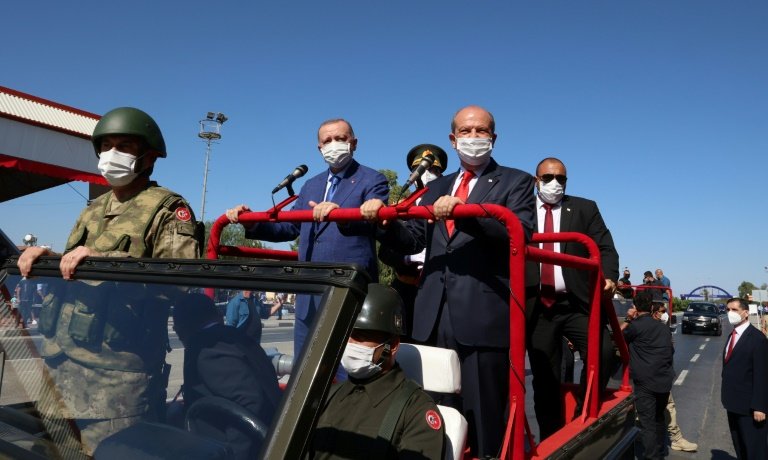 Turkey faced outrage from Western powers on Wednesday after it called for two states in Cyprus and moved to reopen a resort emptied of Greek Cypriots, with the United States saying it would haul its NATO ally before the UN Security Council.

On a trip to the north of divided Nicosia on Tuesday, Turkish President Recep Tayyip Erdogan declared that a half-century of UN efforts had failed and that there should be "two peoples and two states with equal status."

Victoria Nuland, the US under secretary of state for political affairs, voiced concern that Erdogan's remarks would have a "chilling effect" on UN-led efforts for a solution in Cyprus.

"We think only a Cypriot-led process -- bizonal, bicommunal -- will bring peace and stability in Cyprus," Nuland told a Senate hearing.

Cyprus, a European Union member dominated by Greek Cypriots, and the United Nations both seek a "bizonal" federation of two regional administrations that are united as one country. 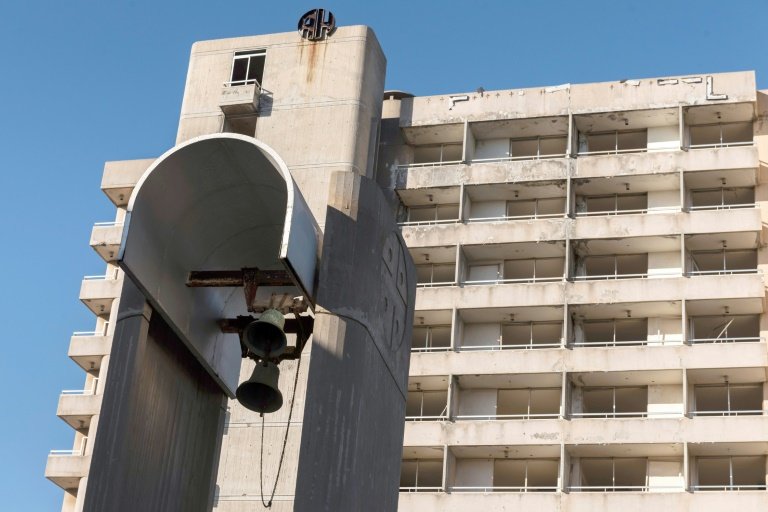 A dilapidated hotel in Varosha, a ghost town that Turkish Cypriots plan to reopen / © AFP

Cyprus has been divided since 1974 when Turkey invaded in response to an abortive coup engineered by the then military junta in Athens that aimed to unite the island with Greece.

Turkey alone recognizes the self-declared Turkish Republic of Northern Cyprus. Despite the lack of a solution, the island has been largely at peace.

Turkish Cypriot leader Ersin Tatar, an Erdogan ally, also announced a new step in opening up Varosha, once the Mediterranean island's top resort but whose Greek Cypriot population fled with the 1974 invasion.

Tatar said that an initial 3.5 percent of Varosha, whose abandoned high rises lie under Turkish military control, would be removed from its military status.

A spokesman for UN Secretary-General Antonio Guterres said he was "deeply concerned" by the move and urged "all parties to refrain from unilateral actions that provoke tensions." 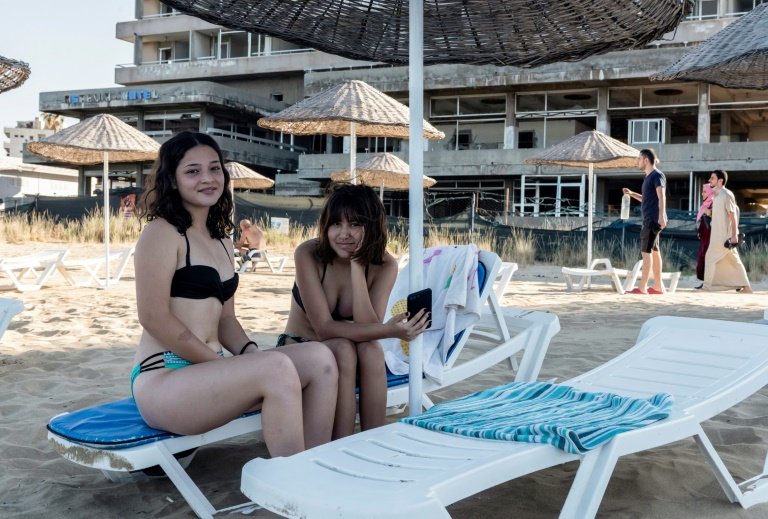 Nuland said that she and other US officials had also been on the phone with Turkish counterparts to urge a reversal of the decision.

President Joe Biden has a turbulent history with Erdogan, whom he has described as an autocrat, but Turkey has also offered help in a key area by securing the main airport in Afghanistan as US troops leave.

France, the current chair of the Security Council, said it "profoundly regrets" Erdogan's initiative, calling it a "provocation."

Turkey insisted that Turkish Cypriot authorities were working to ease grievances including those of property owners.

It accused EU foreign policy chief Josep Borrell, who also criticized the move, of being "the spokesperson and advocate of the Greek Cypriot administration and Greece."