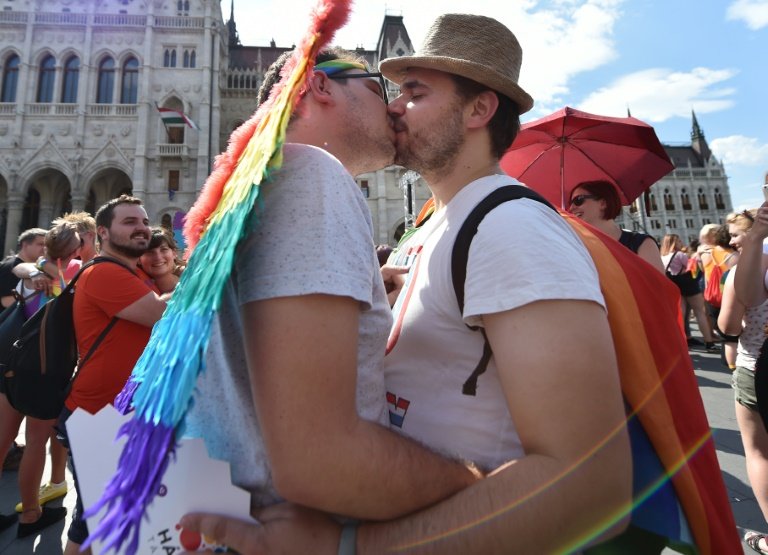 The law, which comes into force on Thursday, has been met with a chorus of criticism / © AFP/File

The law, which comes into force on Thursday, has been met with a chorus of criticism, with European Commission chief Ursula von der Leyen labelling it a "disgrace" and warning of consequences if it is not rectified.

"For years the ruling party Fidesz has been eliminating references to sexual minorities or gender equality or gender in the school curriculum," Redai, 48, said in Budapest.

"It's as if gay people don't exist, but they do," she said, pointing to training booklets for teachers and LGBTQ-themed books published by her Labrisz Lesbian Association.

In recent years, politicians from Fidesz, headed by Prime Minister Viktor Orban, have been "equating homosexuality with paedophilia," she added.

The ban on the "display or promotion" of homosexuality or gender reassignment to under-18s is part of a broader "Anti-Paedophilia Act" which was originally limited to tougher action against child sexual abuse.

But late changes to the bill, approved by the Fidesz-dominated parliament last month, included the ban and restrictions on sex education as well as media content.

While the measures have been compared to Russia's 2013 bill that bans "gay propaganda" for minors, lawyers have said that it is not clear yet what sanctions will be meted out for breaking the law.

"It's vague," said Redai, who has helped take one of Labrisz's programmes called "Getting To Know LGBT People" to around 40 to 50 schools a year since 2004.

"For us, the real impact will be self-censorship, teachers won't invite us anymore to their schools for fear of getting into trouble with parents or the central school management bureau," she said.

"But school-kids will keep talking a lot about being gay, even though it's still a taboo for most teachers, they are not trained to talk about such social issues," Redai continued.

"We talk to them about homophobic or transphobic discrimination or bullying at school, it matters where young people learn about LGBTQ issues -- the internet is not always the best source," she said.

The latest legislation is seen by its supporters as part of Orban's project since he took power in 2010 to reshape Hungary into a so-called "illiberal" socially conservative bastion.

In 2019, a Coca-Cola advertising campaign featuring smiling gay couples prompted some prominent members of Fidesz to call for a boycott of the company's products.

In December, parliament approved an effective ban on adoption by gay couples, while a year ago, a ban on legally changing one's gender came into force.

"Leave our children alone!" Orban said last year in sympathy with a far-right politician who publicly shredded a fairytale book published by Labrisz that included some homosexual characters.

Orban insists that the new law is about "child protection" and brushed off outrage from Brussels.

"No-one besides parents should have a say in the sex education of children... the law bans sexual -– homosexual and heterosexual -- propaganda targeted at children," the government's press office told AFP Tuesday.

"Sexual education must only be carried out by professionals, upon the authorisation of parents who have been made aware of the curriculum beforehand," it said.

Some analysts say Orban's move is aimed at shoring up his voter base ahead of an election next year that is expected to be a tight race, and meeting calls from far-right party Our Homeland for an anti-LGBTQ crackdown.

"As this law is unlikely to be actually applied legally, it is more like trolling or theatre to provoke conflict and polarise society," Bulcsu Hunyadi, an analyst with the Political Capital think tank, told AFP. 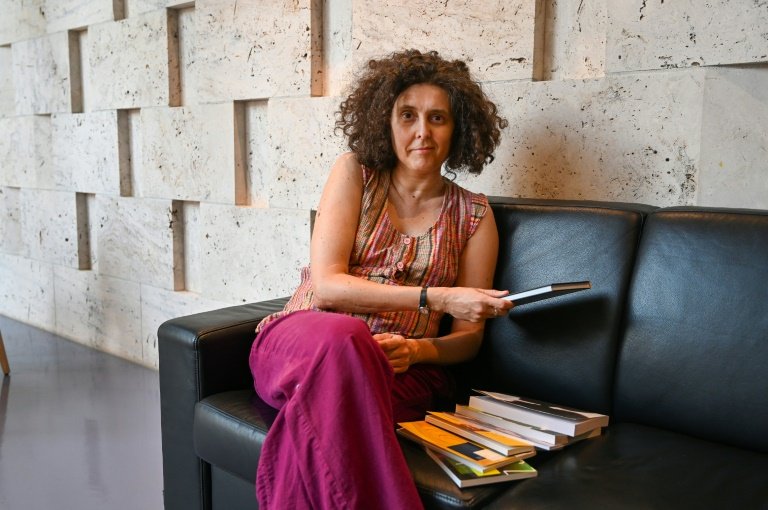 Over his decade in power Orban has "sought enemies to present to his voters, from the EU and civil society organisations, to migrants, asylum-seekers, and George Soros," said Hunyadi.

"And now that the coronavirus pandemic might be subsiding and the elections are near, the anti-gender narrative is intensifying, but that plays with the lives of citizens for short-term political gain," he said.

Since the law was passed several homophobic attacks have been reported in local media, and Redai worries about "people being encouraged by this law to vent their aggression on other people".

"In a political climate where we are made into an enemy, LGBTQ people, especially those living in the countryside who haven't come out yet, must be terrified," she said.