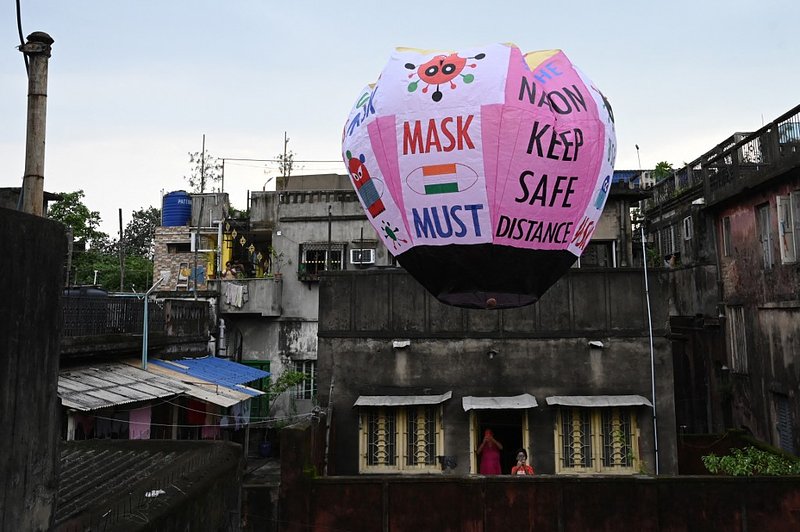 Residents take pictures of a paper lantern released with Covid-19 guidelines to create awareness against the Covid-19 coronavirus in Kolkata on June 22, 2021. / © Dibyangshu SARKAR / AFP

Find all of the day's most important Covid-19 news in one place.