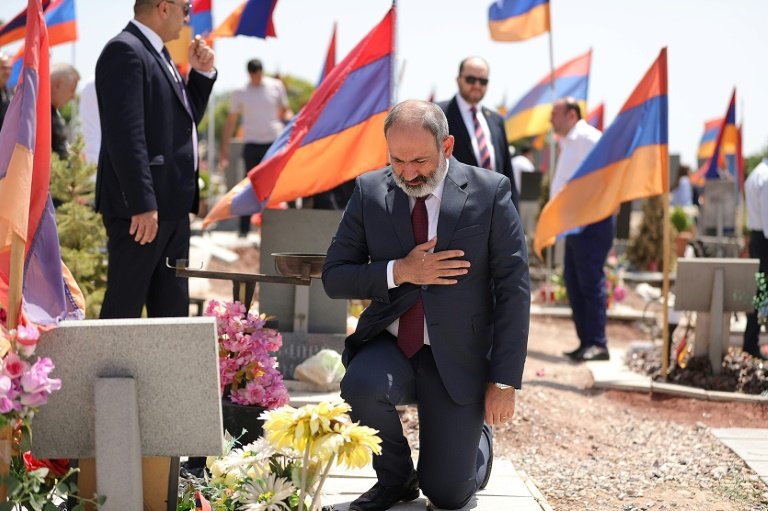 Armenian Prime Minister Nikol Pashinyan on Monday scored a decisive victory in snap parliamentary elections, bolstering his rule after months of discontent and protests following a military defeat to Azerbaijan.

Pashinyan's Civil Contract party swept to victory with nearly 54 percent of the Sunday vote, overcoming anger at his handling of the devastating fight for control of the breakaway Nagorno-Karabakh region to secure a strong majority.

He urged supporters to celebrate the victory in the capital Yerevan's main square Monday evening. 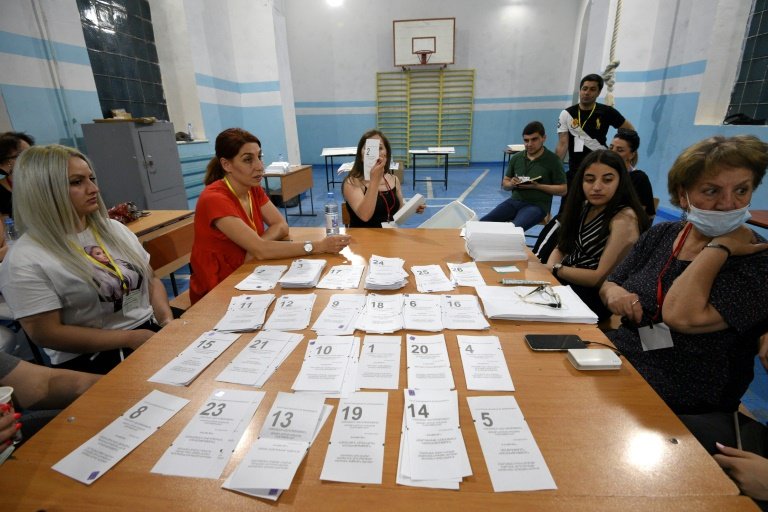 Pashinyan announced the gamble of snap polls earlier in the year, when protests against his rule were coming to a head, and after he claimed he had fended off a coup attempt from military leaders.

The calls from the opposition for Pashinyan's resignation began in November when he signed an unpopular peace deal mediated by Moscow to end fighting with Armenia's long-standing enemy Azerbaijan.

The two countries fought a vicious six-week war last year which claimed some 6,500 lives and saw Armenia hand over swathes of territory in and around Karabakh to Azerbaijan.

On Monday morning, the prime minister visited a military cemetery and laid flowers at the graves of soldiers. 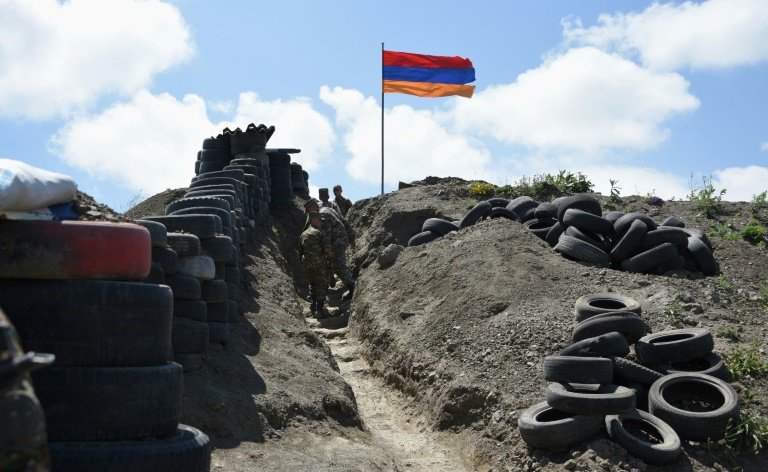 Sunday's vote was seen as a two-horse race between Pashinyan and his main rival Robert Kocharyan, who led Armenia between 1998 and 2008 and is seen as close to Russian President Vladimir Putin.

Analysts said many Armenians had cast their ballots Pashinyan to prevent the return of old elites, a sentiment echoed on the streets of the capital Yerevan.

"People want to have an honest leader who does not steal and is not an oligarch," said Ruben Kazaryan, a 60-year-old IT worker.

Others in Yerevan, seen as a Kocharyan stronghold, expressed anger and disbelief.

"We are in shock," Marat Muradyan, who fought in the Karabakh war with his two sons, told AFP. "We want to sell everything and leave."

Kocharyan, whose alliance received 21 percent of the vote, alleged foul play and vowed to take a complaint to the Constitutional Court.

"We have sufficient grounds to assert that the official election results do not represent a real balance of forces," his alliance said in a statement.

The alliance said it had "serious suspicions" that the election results were tampered with, citing power outages in several regions during vote counting. 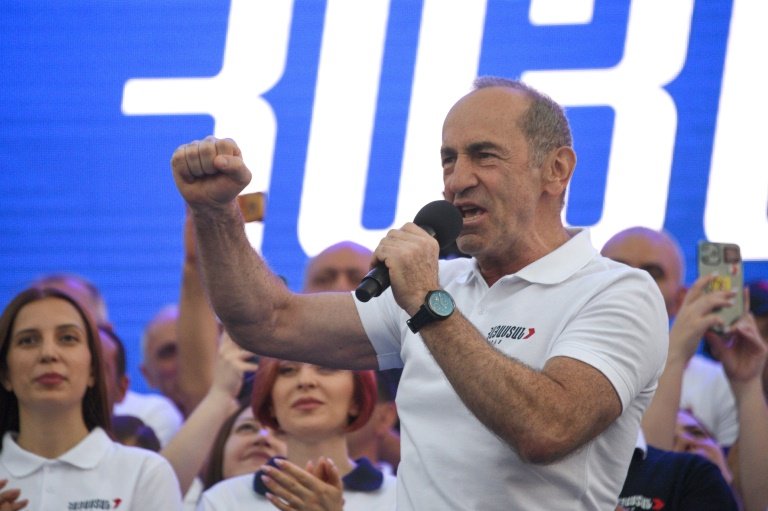 Observers from the Organisation for Security and Co-operation in Europe however praised the polls as "competitive and well-run" and said that vote counting was "highly transparent."

Kocharyan was himself accused of rigging a presidential election in favour of an ally and presiding over a deadly crackdown on protesters in 2008.

In 2018, Armenia won international praise for holding the country's first free and fair vote under Pashinyan.

OSCE observers did however point to "intense polarisation" in Armenia's political landscape, saying the race was "marred by increasingly inflammatory language from key contestants".

The candidates exchanged insults and threats during the campaign. Pashinyan brandished a hammer at rallies, while Kocharyan, 66, said he was ready to fight the prime minister in a duel.

Despite stifling heat, nearly 50 percent of around 2.6 million eligible voters cast their ballots.

The vote was followed by Armenia's Soviet-era master Russia, arch-foe Azerbaijan and its ally Turkey, a key backer of Baku in the Karabakh war.

Pashinyan, who had spent time in jail as an opposition politician, was celebrated as a hero when he swept to power in a peaceful revolution in 2018.