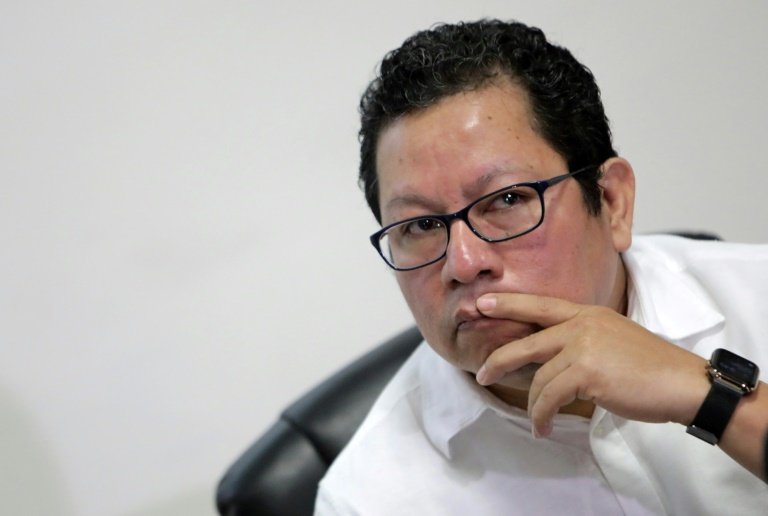 A fifth would-be candidate for the Nicaraguan presidency was detained Sunday, police said, part of a mounting crackdown by President Daniel Ortega ahead of elections this year.

Miguel Mora, a journalist, was arrested at his home Sunday night for "inciting foreign interference in internal affairs and requesting military intervention," according to authorities.

The government has claimed the detainees are "usurpers" funded by the United States to topple Ortega.

The 75-year-old governed Nicaragua from 1979 to 1990, returned to power in 2007 and has won two successive re-elections since then.

He is widely expected to seek a fourth term in upcoming elections in November, though he has not yet confirmed that he will.

Arrests of possible challengers began on June 2 when Cristiana Chamorro, the daughter of former president Violeta Barrios de Chamorro and a presidential hopeful, was placed under house arrest.

Mora was director of the now-closed down 100% Noticias television channel.

He was previously detained in 2018 as part of a crackdown on widespread anti-government protests which saw hundreds arrested and left 325 dead.

He was released six months later as part of a prisoner amnesty.

The charges against those detained this month stem from a law approved by parliament in December purporting to defend Nicaragua's "sovereignty", which has been criticized by opponents and rights bodies as a means of freezing out challengers.

Last month, Nicaragua's legislature appointed a majority of governing party-aligned magistrates to the election body that will oversee November's vote.

It has since disqualified two parties from participating -- including the party for which Mora was a pre-candidate.