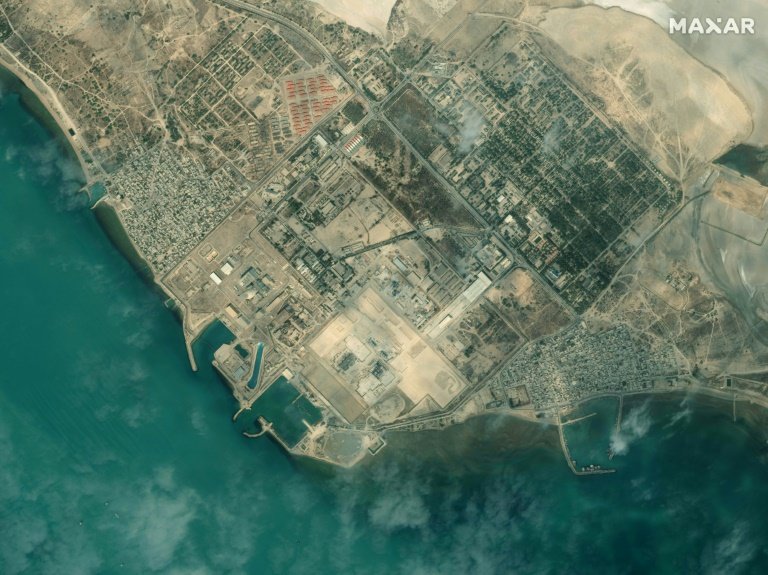 Iran's only nuclear power plant has been temporarily shut down over a "technical fault", the country's atomic energy body said in a statement.

The Bushehr plant and its 1,000-megawatt reactor, on Iran's southern coast, were completed by Russia after years of delay and officially handed over in September 2013, raising regional concerns in what is an earthquake prone area.

The shutdown comes as Tehran and world powers attempt to revive a hobbled 2015 agreement on Iran's nuclear programme in Vienna talks, which an EU negotiator said Sunday were moving "closer to a deal".

That agreement is staunchly opposed by Israel, which Tehran has accused in the past of sabotage against its nuclear enrichment efforts.

"Following a technical fault at Bushehr power plant, and after a one-day notice to the energy ministry, the plant was temporarily shut down and taken off the power grid," the Atomic Energy Organization of Iran said on its website around Sunday midnight.

The statement said the plant will be reconnected to the grid and the issue will be resolved "in a few days", but did not elaborate further.

Iran's national electricity company had in a statement on Sunday called on Iranians to minimise consumption during peak hours due to a "predicted rise in temperature" and "limitations in power generation due to ongoing repairs" at Bushehr.

The company said that the repairs may continue until the end of the week, which is Friday in Iran.

In 2016, Russian and Iranian firms began building two additional 1,000-megawatt reactors at Bushehr. Their construction was expected to take 10 years.

Iran's Gulf Arab neighbours have often raised concerns about the reliability of the facility and the risk of radioactive leaks in the event of a major earthquake.

In April, Bushehr province was shaken by a 5.9-magnitude earthquake, leaving five people injured but causing "no damage" to the nuclear complex, according to authorities.

Also in April, Iran accused Israel of being behind a "terrorist" attack on its Natanz uranium enrichment plant, after a "small explosion" at that facility's electricity distribution centre. 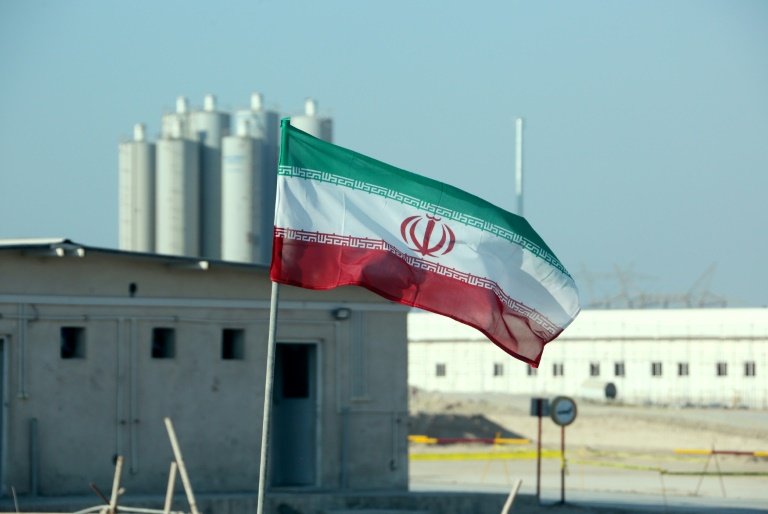 An Iranian flag at the Bushehr nuclear power plant, during an official 2019 ceremony to kick-start works on a second reactor at the facility / © AFP

Iran started rolling blackouts in May this year after Tehran and several other cities were hit by unannounced power cuts that sparked complaints from consumers and an apology from the energy minister.

The shortages were blamed on heat, drought impacting hydropower generation, and surging electricity demand blamed in part on crypto-currency mining.

Power cuts in the peak summer months are not uncommon in Iran, but a government report last month said precipitation was down 34 percent compared to the country's long-term average, and warned of reduced water supplies for the year.

Since late May, the energy ministry regularly notifies citizens of "potential blackouts" lasting at least two hours, unless consumption in their area drops.

Iran's outgoing President Hassan Rouhani last month announced a ban on all crypto-currency mining until September to reduce the pressure on the power grid.

The Islamic republic has announced plans to construct 20 nuclear power plants in the long-term in order to reduce its reliance on fossil fuels.

The 2015 nuclear deal promised Iran sanctions relief in return for limits on its nuclear programme.

The deal was torpedoed in 2018 after the former US president Donald Trump unilaterally withdrew from it and reimposed punishing sanctions on the Islamic republic.

But Trump's successor Joe Biden favours rejoining the accord and the remaining parties are engaged in negotiations in Vienna to try to salvage it.

On May 23, nine people were injured in a blast at a plant producing explosive materials in central Iran, local media reported, and three days later, a pipeline explosion at a petrochemical complex near Iran's Gulf coast left one dead.

Some in the Islamic republic see the various events as the result of attacks by Israel's security forces. Others consider US sanctions -- which almost completely isolate Iran from the rest of the world, complicating the maintenance of industrial facilities -- as a more likely cause.

In July last year, a "worn out transformer" was blamed by a provincial electricity company for an explosion that hit a thermal power plant in the central province of Isfahan.