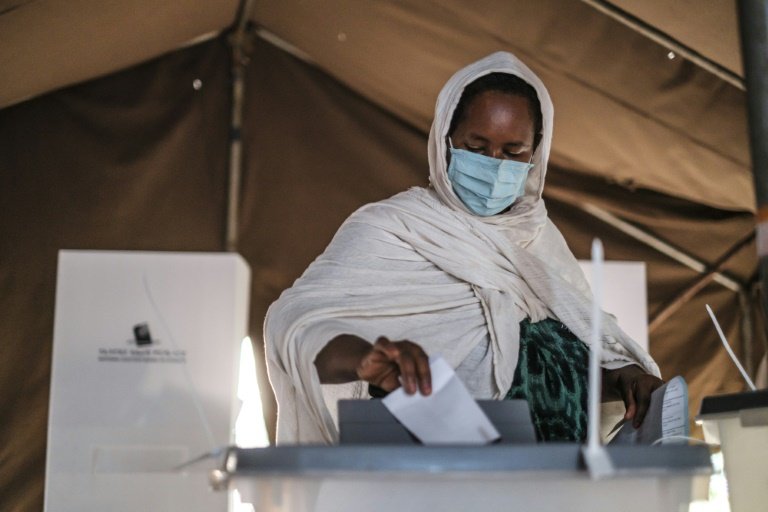 Ethiopia voted Monday in an election billed as the most democratic yet in Africa's second-most populous country, but taking place as famine blights its war-torn Tigray region.

It was the first electoral test for Prime Minister Abiy Ahmed since coming to power three years ago, and a centrepiece of his reforms to open up political space and leave Ethiopia's repressive past behind.

The Nobel laureate, who has freed political prisoners, welcomed back exiles and ended a cold war with neighbouring Eritrea, had vowed the most competitive election in the country's history, and voters turned out in droves to take part.

Polls closed at 9:00 pm (1800 GMT) after being extended three hours at the last minute to accommodate long queues of voters, many still waiting by nightfall.

Results are not expected for several days. 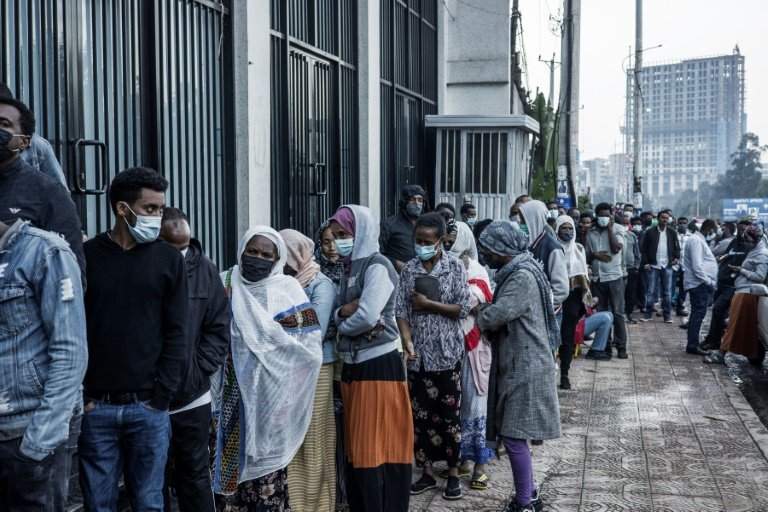 Abiy -- whose Prosperity Party fielded the most candidates for national seats and is expected to win a comfortable majority -- declared the vote a historic triumph.

"What we're witnessing right now is the spirit of the people. In so many ways, this election has been better than those past," Abiy told a state broadcaster after voting in his hometown in central Ethiopia.

The polls did not go ahead in a fifth of the country's 547 constituencies, with some areas deemed too insecure and others beset with logistical problems, raising concerns about the vote's credibility.

Most of those delayed will vote on September 6 but there is no election planned for Tigray, where the UN rights chief on Monday voiced alarm about ongoing atrocities including sexual violence and extrajudicial killings.

In Addis Ababa, some waited hours to cast their vote and lines snaked around city blocks.

First-time voter Bezawit Mekonnen said it was worth the wait. "I want to see change, and I feel that my vote matters now," said the 30-year-old public health officer.

Others turned out before dawn, wrapped in blankets against the morning cold, to secure a spot at the front of the line.

"There are a number of parties to choose from. In the past there was just one -- we did not have the luxury of choice."

Voters wore face masks, and electoral officials sprayed their hands with sanitiser before checking their IDs against the register.

In Bahir Dar, capital of the northwestern Amhara region neighbouring Tigray, voters said peace and economic growth were the priorities. 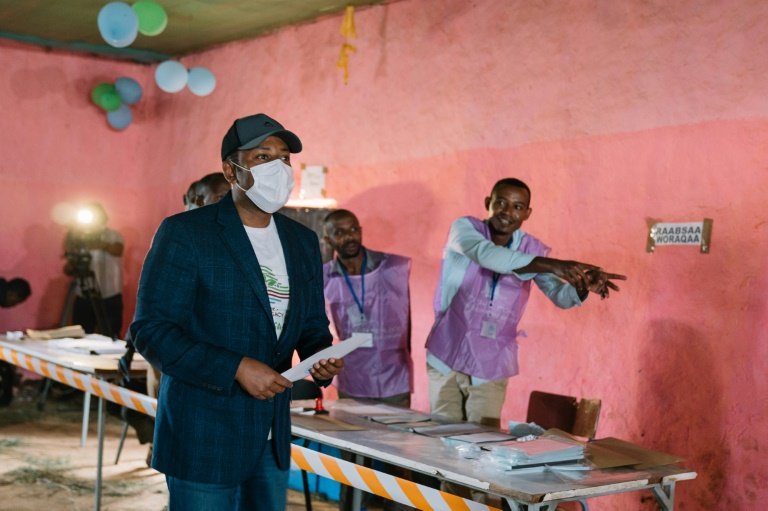 The national electoral board declared the vote mostly peaceful but reported "high levels of intimidation" of opposition party members in Amhara and a region in the country's south.

A coalition of civil society election monitors reported 118 incidents -- and verified 93 of them -- mainly again in Amhara and the south.

The opposition Ethiopian Citizens for Social Justice Party lodged some 200 complaints with the electoral board, claiming ballot box tampering and intimidation of their staff, among other allegations, in three regions and Addis Ababa.

Earlier, the party's president Berhanu Nega was cautiously optimistic the vote would be democratic as promised. 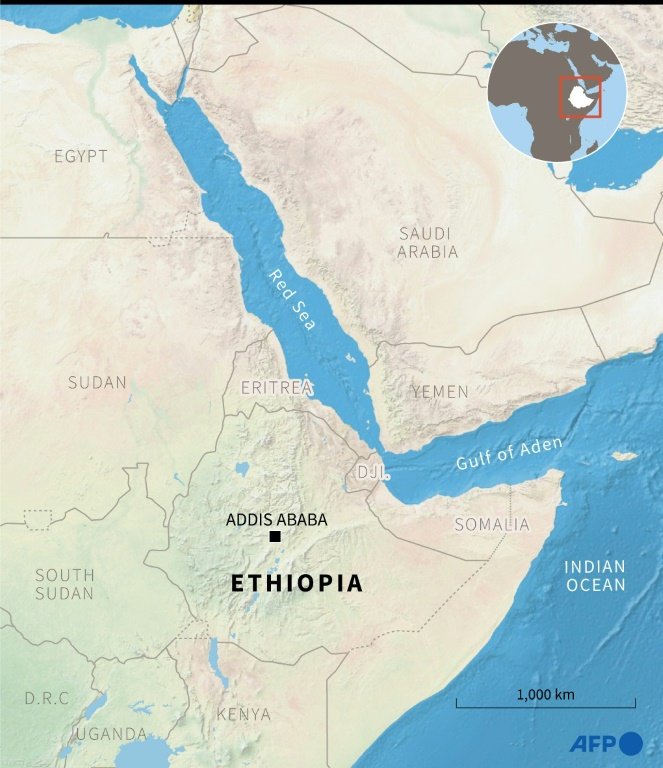 Once votes are counted, national MPs will elect the prime minister as well as the president, a largely ceremonial role.

The election was twice delayed -- once because of the pandemic, which has hammered Ethiopia's economy, and again to allow more time to organise the ballot across a huge nation.

Some 38 million Ethiopians were registered to choose among more than 40 parties and 9,500 candidates, though the elections were not held across the board.

In some areas where the vote went ahead Monday, opposition parties boycotted in protest, including Abiy's populous and influential home region of Oromia. 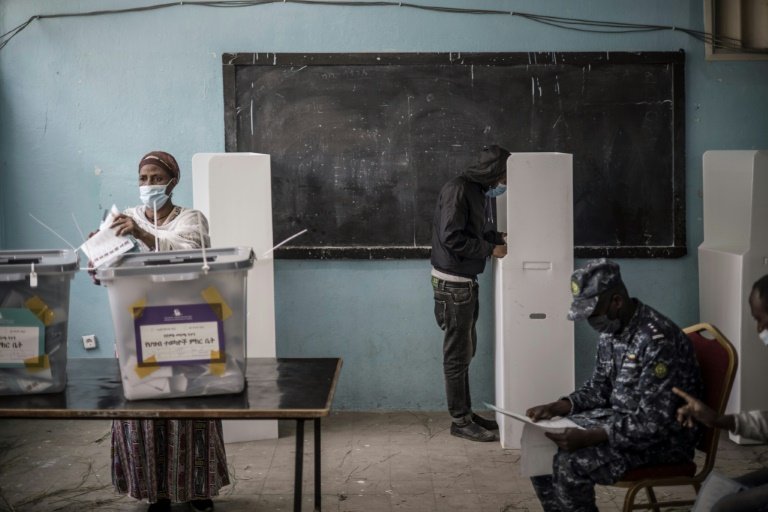 There was no vote in Tigray, where the UN says some 350,000 people are facing famine conditions -- a depiction the government disputes.

The region is represented by 38 seats in the national parliament, but residents in the regional capital Mekelle were more concerned with finding fuel and other basic supplies Monday than with polls outside the region.

In November, Abiy sent troops into Tigray promising a swift campaign to oust its ruling party, but seven months later the conflict drags on.

The conflict has damaged Abiy's standing as a peacemaker but his administration has remained defiant in the face of international criticism, and confident the vote will showcase his country's democratic intent.

"Unlike some negative narratives that you can hear from the rest of the world... this shows how people are eager for elections," Dina Mufti, the foreign affairs spokesman and a ruling party candidate, told AFP.

"Ethiopia is getting stronger."