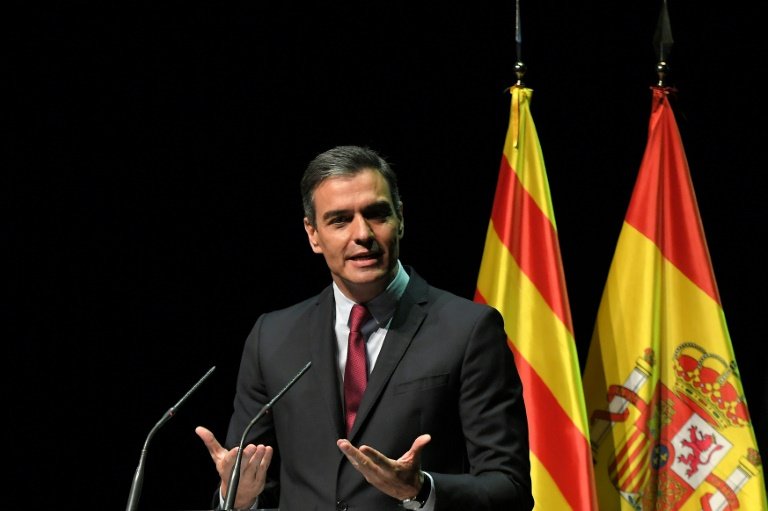 Spain will pardon the jailed Catalan separatists behind a failed 2017 independence bid, Prime Minister Pedro Sanchez said Monday, in a move that could turn the page on a years-long political impasse over the region's separatist drive.

The Socialist premier said his government had "opted for reconciliation" and believes the controversial pardon -- to be approved at the weekly cabinet meeting Tuesday -- would "pave the way for this path".

"Someone must take the first step. The Spanish government will make that first step now," Sanchez said Monday during a speech in Barcelona to 300 members of Catalonia's civil society.

But he fell short of offering amnesty to the group, a move that separatists have long called for, including some in the crowd on Monday.

Manel Cantero, a 59-year-old teacher, said the separatists needed an amnesty because "there's nothing to pardon".

"We exercised a fundamental right," he told AFP, referring to the banned independence referendum in October 2017 that was marred by police violence. 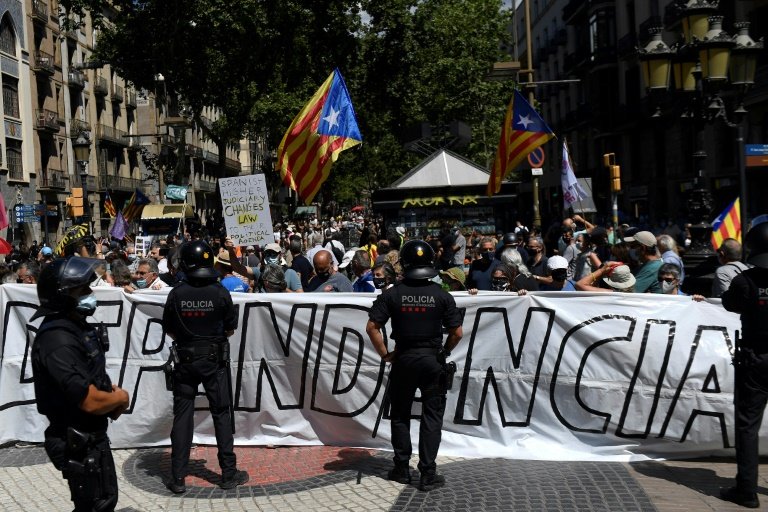 The referendum was followed by a short-lived declaration of independence, plunging Spain into one of its biggest political crises since democracy was restored in 1975 following the death of dictator Francisco Franco.

Since then, Catalonia has been a mainstay issue within Spanish politics.

In 2019, Spain's Supreme Court convicted 12 Catalan politicians and activists for their role in the independence push, with nine of them handed jail terms of between nine and 13 years.

The ruling triggered days of protests across Catalonia -- a wealthy northeastern region with its own distinct language -- that sometimes turned violent in Barcelona and other cities.

"I am convinced that releasing from jail these nine people, who represent thousands of Catalans, will be a resounding message of a desire for harmony and coexistence," Sanchez said.

Fifty-three percent of Spaniards oppose the pardons, although 68 percent of Catalans are in favour, according to a survey by the Ipsos polling firm.

Raquel Jimenez, a 54-year-old Madrid civil servant, said she was "completely against" the pardons.

"If you commit a crime you have to serve the entire sentence, it's that simple," she told AFP in the Spanish capital. 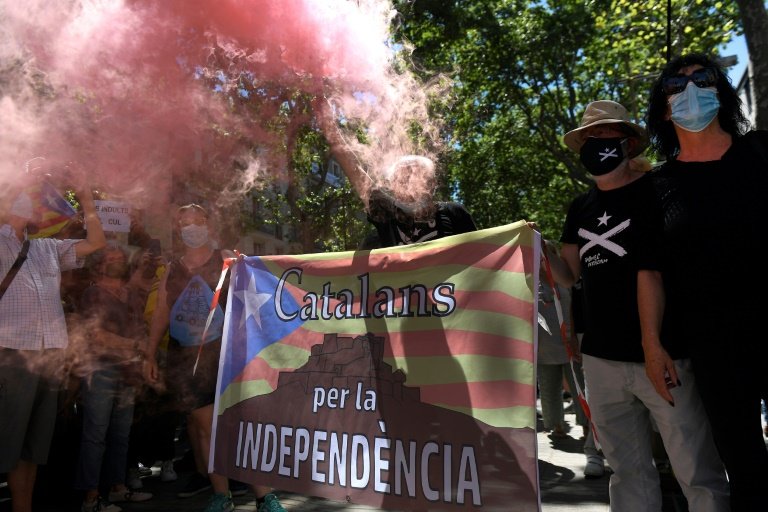 The Supreme Court has also opposed the pardons, as have the main opposition parties.

Tens of thousands of people protested in central Madrid on June 13 against the plan to offer clemency.

Many conservatives say Sanchez is motivated mainly by a desire to hold on to power since his minority government relies in part on Catalan separatists to pass legislation in the national parliament.

But last week, Sanchez received surprise support for the pardons from Spain's main business lobby CEOE, which opposes Catalan independence, as well as from the Catalan Catholic Church.

Analysts said Sanchez was taking a political gamble now in the hope that he could overcome any harm to his government's popularity before national elections, due by January 2024.

"With time, the pardons will seem anecdotal if the economy is doing well," said Pablo Ferrandiz, a sociologist at Madrid's Carlos III University.

He recalled that Spain is one of the "main beneficiaries" of the European Union's 750-billion-euro ($910-billion) coronavirus rescue fund, which will start flowing later this year.

It remains to be seen though if the pardons will foster dialogue between Madrid and the Catalan regional government, headed since May by Pere Aragones, a moderate separatist.

Shortly after Sanchez spoke, Aragones said the pardons "correct an unjust sentence" but he stressed they were "a partial and incomplete solution".

"Our proposal is amnesty as well as exercising the right to self-determination," he said.

Aragones belongs to the leftist ERC party, which is led by Oriol Junqueras, the prisoner serving the longest sentence of 13 years over his role in the 2017 crisis.

"The pardons are a key element, the key which opens the chains because the situation in Catalonia was totally blocked," said Oriol Bartomeus, a political scientist at the Autonomous University of Barcelona.

But he warned the "road will not be easy" since Catalan separatists demand the right to hold an independence referendum, which Sanchez's government fiercely opposes.