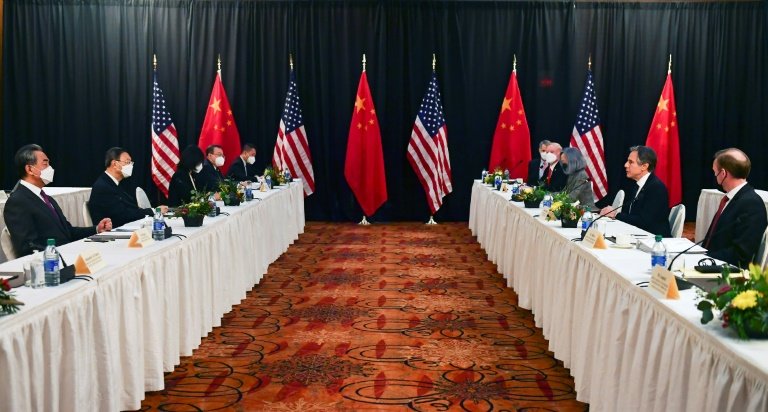 The United States and China clashed in rare talks Friday as President Joe Biden made his international debut at the G7 summit, with his administration pressing Beijing on Covid, Taiwan and human rights.

Secretary of State Antony Blinken, joining Biden at the summit of industrial democracies in England, spoke by telephone with senior Chinese official Yang Jiechi -- their first talks since a heated in-person encounter in Alaska in March.

As Biden used his first presidential trip abroad to unveil a massive plan to buy and distribute 500 million Covid vaccine doses around the world, Blinken renewed US pressure on China over the origins of the pandemic that has killed more than 3.7 million people.

Blinken "stressed the importance of cooperation and transparency regarding the origin of the virus," including allowing World Health Organization experts back into China, State Department spokesman Ned Price said in a statement.

Biden has ordered US intelligence to report back by late August whether Covid-19, first detected in late 2019 in the city of Wuhan, emerged from an animal source or a laboratory accident.

Former president Donald Trump trotted out the lab-leak theory but was widely dismissed, with many believing he was seeking to deflect criticism over his own handling of the pandemic, but Biden has said there was a need for further study after criticizing Beijing for not giving more access to a WHO probe.

The laboratory theory has outraged China, which has sought to rebrand itself in the world's eyes not as the country that failed to stop the virus but as a model on how to contain it. 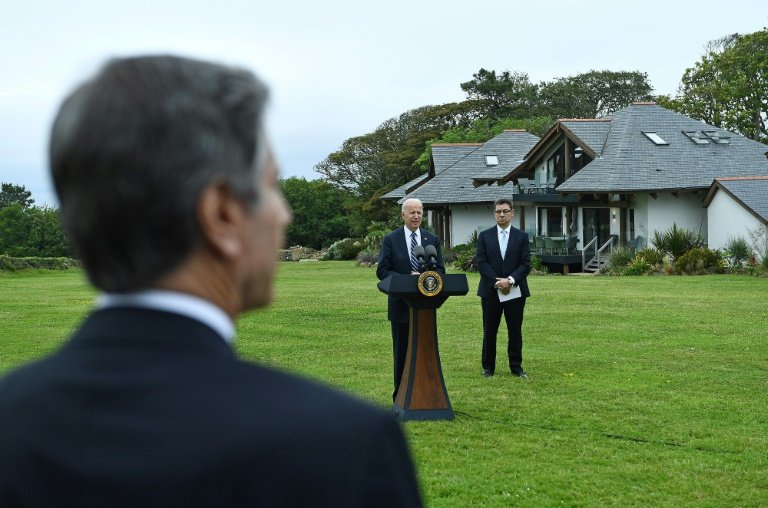 US Secretary of State Antony Blinken listens as US President Joe Biden makes a speech on the Covid pandemic, while Pfizer CEO Albert Bourla stands alongside him, in the Cornish town of St Ives ahead of the G7 summit / © AFP

Yang, a senior Politburo member who has long taken a lead in Beijing's handling of the United States, renewed denunciations of Washington as Biden met with leaders from other Group of Seven nations -- Britain, Canada, France, Germany, Italy and Japan.

"The only genuine multilateralism is that founded on the principles of the charter of the United Nations and international law," Yang said.

Yang also renewed accusations of US hypocrisy on human rights as Blinken pressed on what the United States considers the genocide of Uyghurs and other mostly Muslim Turkic people who are incarcerated in camps.

"The United States should resolve its own domestic serious human rights violations, and not use the so-called human rights issues as an excuse to arbitrarily interfere in the internal affairs of other countries," he said.

Yang made similar accusations about the United States in front of cameras during the meeting in Anchorage, taking aback US officials who expected brief, civil remarks but raising his star power inside China.

Blinken also voiced alarm at China's increasing pressure on Taiwan including military flights off its coast. 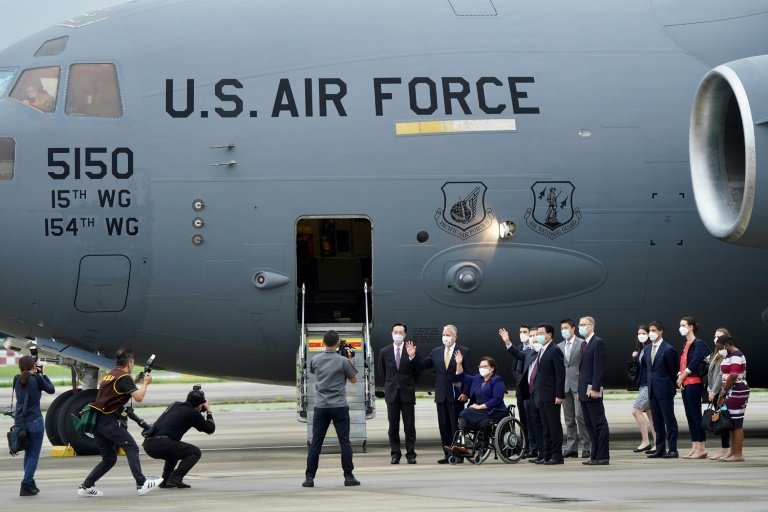 A delegation comprised of Senators Tammy Duckworth, Christoper Coons and Dan Sullivan pose for photographs with Taiwan’s Foreign Minister Joseph Wu on flying into Taipei on a military plane on June 6, 2021. / © POOL/AFP/File

Washington has been increasingly alarmed that China will attempt to use force on Taiwan, a self-governing democracy it considers part of its territory, after its sweeping curbs on freedoms in Hong Kong.

The United States in recent days agreed to reopen trade talks with Taiwan and authorized a military plane to bring a delegation of senators who offered Covid vaccines.

Amid wide bipartisan criticism of China, Biden has largely continued the hawkish stance of Trump, in substance if not in tone.

The Biden administration has described China as a pre-eminent international challenge and vowed to counter it by shoring up alliances and investing heavily in infrastructure and development at home.