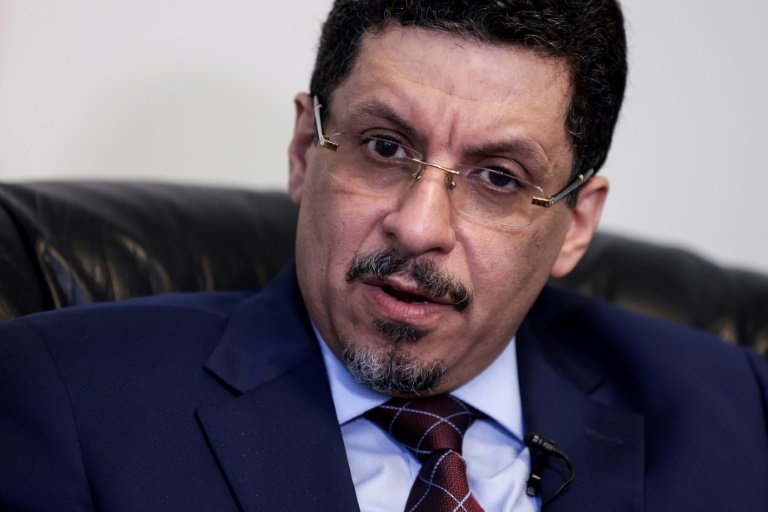 Yemen's foreign minister warned Friday that Huthi rebels could thwart a renewed diplomatic push for peace as they scramble to seize a key city before discussing any ceasefire.

In an interview with AFP, Ahmed bin Mubarak said Omani mediators had made progress in efforts to broker a ceasefire, but urged Europe to maintain pressure on the rebels.

And he suggested that the Huthis' backer Iran had backed recent bloody attacks, alleging Tehran wants to use Yemen as a bargaining chip to maintain leverage in nuclear talks with world powers in Vienna.

"There is a lot of hope in Yemen, and also challenges," said the 52-year-old official, who has been foreign minister in President Abedrabbo Mansour Hadi's embattled government since December 2020.

Yemen has been left devastated by a civil war between the Saudi-backed government and the Iran-backed Huthi since 2014, and millions of civilians are on the brink of famine.

On Saturday, Omani officials and senior Huthis travelled to the rebel-controlled capital of Sanaa to push for a ceasefire. Oman has ties with both Tehran and western powers and is acting as a mediator.

Hadi's government is backed by a Saudi-led military coalition, which on Thursday announced it had halted attacks on Huthi targets to pave the way to ceasefire talks.

The UN and US envoys to Yemen, Martin Griffiths and Tim Lenderking, along with Iran's Foreign Minister Javad Zarif have met the Omanis, and some officials see a diplomatic opening.

But bin Mubarak, who is in Europe lobbying officials to take a strong line on the Huthis and hold them to account, alleged that the rebels had snubbed the diplomatic outreach.

"The Omani are playing a vital role ... For that reason, I think they sent their delegation to Sanaa to discuss with the Huthi political leadership," he told AFP.

"Yet, we didn't receive any feedback from from them. The only feedback that we received was just two brutal attacks that took place, yesterday and the day before."

According to the government, in the latest attacks, Huthi ballistic missiles and booby-trapped drones hit civilian targets including a gas station and a women's detention centre.

Official sources say more than 20 people have been killed since Saturday, including a child, women and medical personnel.

For bin Mubarak, the attacks were a sign hardline Huthi factions want to keep the conflict going until they seize the northern city of Marib, which would shift Yemen's balance of power decisively. 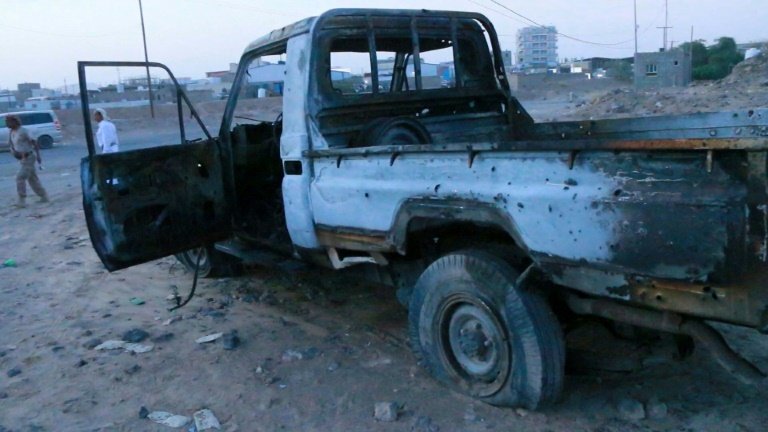 "I think there are those, the hardliners, who believe that they have the divine right to rule Yemen, those that still have some illusions about military victory," he said.

"And they are pushing hard into Marib, so they don't want anything happening before, you know, capturing Marib," he said, referring to the last significant pocket of government territory in the north.

"If something happened in Marib, that will totally and tragically change the political scene and the humanitarian scene," he said.

"All what we have been through before Marib, it will be totally, different after Marib. Marib is hosting not less than two million refugees and IDPs."

The Huthi have demanded that the Saudi-led coalition, which controls Yemen's airspace but has failed to stop the rebel ground advance, allow Sanaa airport to reopen.

But bin Mubarak said that had long been a pillar of the UN-backed ceasefire plan which must be accepted as a package -- and should not be a pre-condition of talks.

The attacks, meanwhile, he said, showed the rebels' complete lack of respect for the internationally-backed envoys in Sanaa -- and he sees Tehran's hand behind them.

"I think that the Iranians don't want to see any movement in the Yemeni file before they ensure something in Vienna. We don't accept that. We don't want Yemen to be held hostage by the Iranians," he said.

Representatives from Britain, China, France, Germany and Russia -- all party to the 2015 Iran nuclear accord -- have been meeting with Iran since early April.

At stake is whether the United States, which pulled out under former president Donald Trump, will return to the deal, which grants Iran sanctions relief in exchange for controls on its nuclear programme. 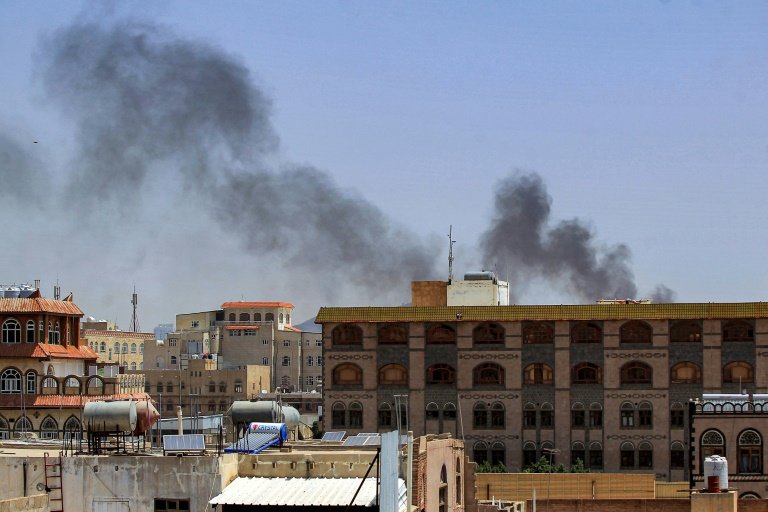 Iran has stepped up nuclear activities that were curtailed under the deal and European powers are keen to get both Tehran and Washington back on board.

But bin Mubarak noted that the US has this week imposed sanctions on several Huthi rebels, in part to pressure them to end their Marib offensive.

Speaking after he met senior EU officials, bin Mubarak thanked Europe for its humanitarian support to 28 million hungry Yemenis but warned this would have to continue until the Huthi come to the table.

"And that was was my message to them: That it's the time to adopt a new approach, by the European Union," he said, calling for EU sanctions on the Huthi. "It's time to bring peace back."