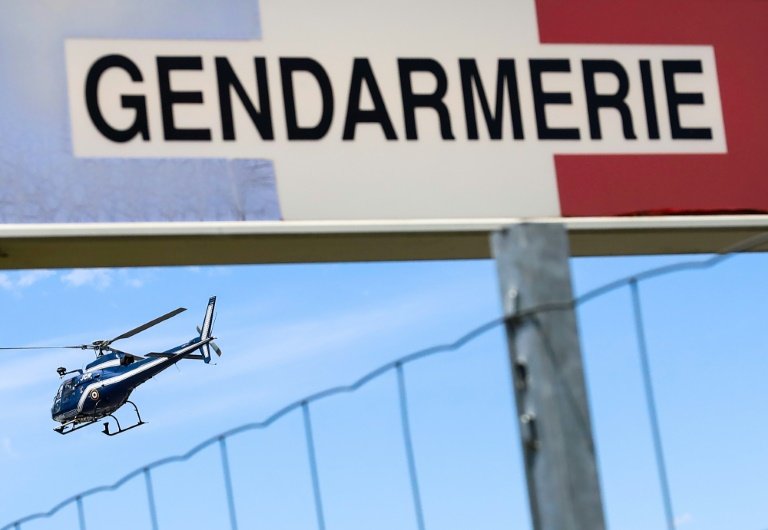 Police backed by helicopters hunted Sunday for a heavily armed former soldier who had allegedly opened fire on officers responding to a domestic violence dispute in southwestern France.

Some 210 police officers and four helicopters were searching the forests of the Dordogne region for the 29-year-old, who has an electronic tag due to a prior domestic violence conviction.

"The man is heavily armed and around 30 years old. He is athletic and moving quickly," Francine Bourra, mayor of the village of Lardin-Saint-Lazare, told AFP.

"We have been able to locate him in an area of around four to five kilometres but it's a wooded area, difficult to access," she said.

"The suspect was incarcerated for domestic violence and that's why he was wearing an electronic bracelet," Bourra added.

Andre Petillot, commander of the regional police force, said the suspect was "someone who knows the area well and adapts easily".

"Contact had been established (with the man) several times... but was followed by gunfire. Each time there was contact with him, he's opened fire," Petillot said, adding that police were not firing back.

A source close to the operation said the suspect had served in the army between 2011 and 2016.

He is believed to be armed with a Winchester 30-30 hunting rifle, which is often used in the region to hunt boar, the source said.

Around midnight on Saturday/Sunday, the suspect showed up at his ex-partner's house in the village of around 1,800 residents, where he acted violently against her new boyfriend, police said.

When the police arrived after being called to the scene, the suspect allegedly fired at them before fleeing to the nearby woods.

Police urged village residents to remain indoors while the suspect was still on the run, leaving the streets of Lardin-Saint-Lazare deserted.