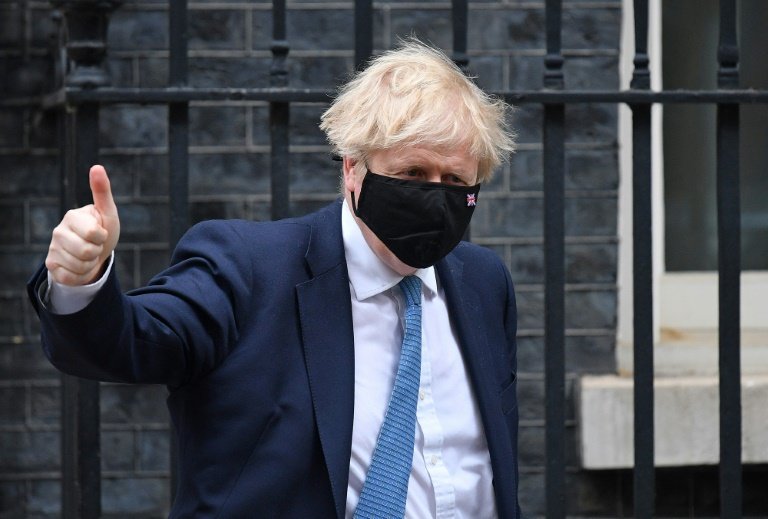 As with many populists in Europe, the UK's free-spending Boris Johnson appeals to voters who are "to the left on economic policy, but conservative when it comes to values and identity", says analyst Anand Menon / © AFP

Britain's Labour party is licking its wounds after another electoral drubbing, and can look to the decaying remains of once-great movements in Europe for a sign of potential worse to come.

Across the continent, insiders and analysts say, social democratic parties are struggling for relevance: riven by infighting, lacking a coherent message, hobbled by weak leadership.

The coronavirus pandemic has only accentuated a trend years in the making, since at least the 2008 financial crisis, and cultural fault lines have emerged to shape debates such as Brexit in Britain or republican values against "Islamists" in France.

"Political parties have no divine right to exist and progressive parties of the centre and centre-left are facing marginalisation, even extinction, across the Western world," former Labour prime minister Tony Blair wrote in the New Statesman magazine.

Democrat Joe Biden's election to the White House is scant comfort to the European left, he stressed.

Beyond the pandemic, Blair wrote, a political realignment is still at play in the United States, culture wars remain a potent rallying cry for the right, and the Republicans could yet coalesce behind a more disciplined leader than Donald Trump.

"In short, leave to one side Joe Biden, and around today's Western world there are only flickers of a progressive agenda with deep majority support," he said, appealing for a new centre-left politics in an era of rapid technological change.

Grandees such as Blair are right to be worried, argued Sophie Pornschlegel of the European Policy Centre in Brussels, after Labour saw Prime Minister Boris Johnson's Conservatives make deep inroads into its traditional heartlands last week.

Across Britain, France and Germany, the old industrialised working class is no more and the centre ground has shifted, she told AFP.

"There is a stronger identification with parties that reflect cultural lines," Pornschlegel said.

"I think that's a negative development, but it is one that cannot be undone, and that's why social democracy has such an issue at the moment, because they need to define themselves along this new conflict line -- and they don't want to.

"There's definitely a lack of leadership and a lack of ideas," she said, commenting that Germany's Social Democratic Party (SPD) was finally crafting new policy proposals ahead of September elections, but that it was "too late".

The SPD has been in an unhappy coalition with Chancellor Angela Merkel, and is trailing well behind the Greens and Merkel's Christian Democratic Union as the "eternal chancellor" prepares to step down after 16 years in power.

The French Socialists, in power under Francois Hollande until 2017, are polling in single figures for next year's presidential election.

Hollande's centrist successor Emmanuel Macron is expected to face off instead against the far right -- as he did last time, after the unpopular Hollande bowed out.

"The left is proposing nothing, that's the problem," Hollande said on France Inter radio Monday, the 40th anniversary of Francois Mitterrand winning election as the Fifth Republic's first socialist president.

As in France, the Italian left has fragmented with the emergence of more radical forces. It remains in power in Spain, but also pulled further left since the financial crisis by the Podemos party.

Post-crisis austerity measures sounded a death knell for the socialist Pasok party in Greece, and gave rise to a term to describe the broader decline of the centre-left in Europe: Pasokification.

Trust was at a premium, with voters punishing centre-left parties that pushed through austerity or, as in Britain and Germany, were seen as contributing to the crisis by enacting pro-market reforms beforehand.

"It earns it by producing a credible economic programme that doesn't destroy the economy but at the same time produces a social agenda that ensures that grotesque inequality doesn't continue," he said.

Labour can still count on Britain's "first past the post" electoral system, which virtually guarantees two-party domination and suppresses the kind of upstart movements that have remade politics in much of Europe.

But Papadimitriou cautioned: "You may not disappear but it's perfectly possible to be in perpetual irrelevance."

In the mercurial Johnson, the British Conservatives appear to have found their own Blair, a leader who is light on ideology but big on election-winning tactics and messaging, and can boast of a successful coronavirus inoculation drive.

Anand Menon, director of the think-tank UK in a Changing Europe, told AFP that as with many populists in Europe, the free-spending Johnson appeals to voters who are "to the left on economic policy, but conservative when it comes to values and identity".

But he warned that Johnson needs now to deliver, "and that is going to be quite a difficult undertaking over the next two or three years".