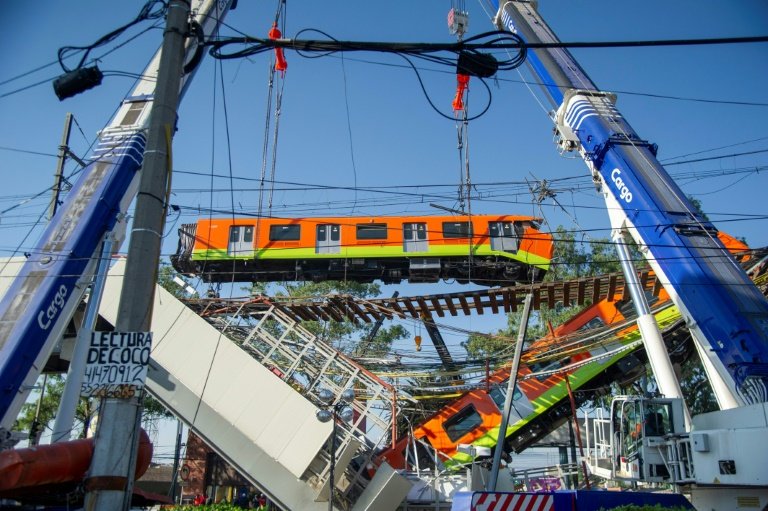 The collapse of a Mexico City metro overpass that left 26 people dead could have been caused by defects in the steel beams or damage to the joints, experts told AFP.

The capital's mayor, Claudia Sheinbaum, said after Monday's accident, which also left 80 injured, that a beam holding up the section of elevated track had given way.

Norwegian engineering company DNV has been asked to help prosecutors with the investigation into the disaster, which has prompted accusations of negligence and demands for justice from devastated relatives.

Sergio Alcocer, a researcher at the engineering faculty of the National Autonomous University of Mexico, said that the collapse "may be due to a defect in the steel" used to make the beams.

Like other experts, he based his initial suspicions on a police video showing the moment when an elevated part of metro line 12 collapsed, sending two carriages plunging towards the ground.

Juan Manuel Fuentes, technical director of Mexican structural engineering firm Quasar, said that "the deafening vibration" on some of the sections of the line also could have caused the overpass's joints to weaken.

According to a senior Mexico City official, Jesus Antonio Estevas, "it is clear that there was a failure in the metal structures" of the section of elevated track that came crashing down. 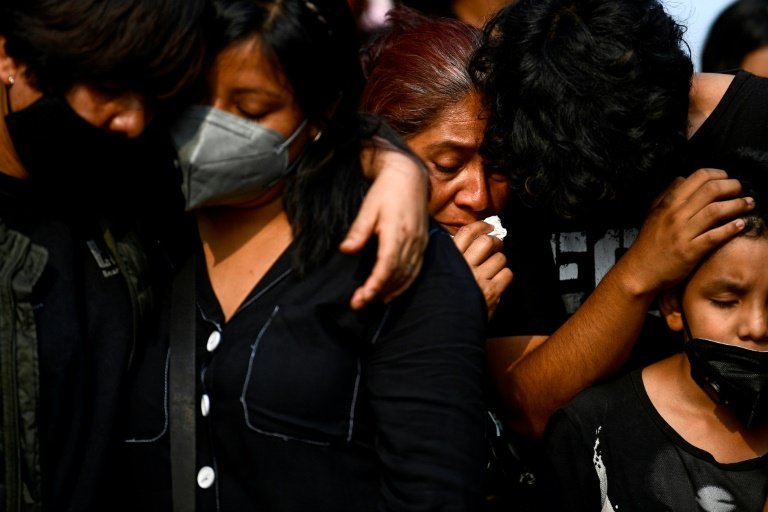 It was inaugurated in 2012 by then-mayor Marcelo Ebrard -- now foreign minister -- who, along with Sheinbaum, is at the center of the political furor unleashed by the tragedy.

In 2014, operations were suspended along 12 stations of the line for just over a year due to a deterioration in the track, rail fastenings and railroad ties, also known as sleepers.

The same year, the Mexico City authorities hired the French engineering company Systra to determine the causes and recommend measures to solve the issue.

Systra found that there was "a problem with the contact between the rails and the wheels," Tatiana Graffeuil told AFP on behalf of the firm.

The company recommended work to repair the rail tracks, which it monitored, but its involvement was not related to the structure of the overpass, she added.

While the line was partially suspended, the fastenings, track ballast and train springs were replaced along with other measures, a former metro director told AFP on condition of anonymity.

The French company Triacaud Societe Organise (TSO) also carried out another assessment in 2014.

Since then, TSO has been in charge of maintaining the rails, ballasts and switches, a source close to the firm told AFP.

Sheinbaum, facing questions about whether the section was properly maintained, said after the crash that "every day a maintenance process is carried out on line 12 at different points." 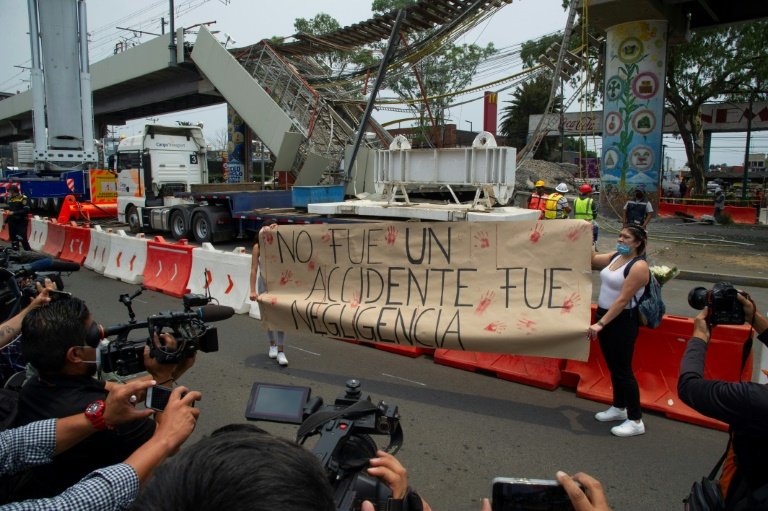 'It was not an accident, it was negligence' reads the sign at the site of the metro line crash in Mexico City / © AFP/File

Alcocer, the engineering expert, said that the video of the collapse clearly shows that "as the train passes the beam breaks, which indicates a type of failure that occurs in metal components and may be due to a defect in the steel of the plates."

It is also possible that the beams were "poorly designed or overloaded," or not properly welded together, he added.

Fuentes noted that the metal part of the beam was attached to a layer of concrete with shear bolts, which he said could have detached, in part due to vibrations from the train.

"Welding or shear bolt failures are sudden. It's almost impossible to predict" during maintenance work, he said.