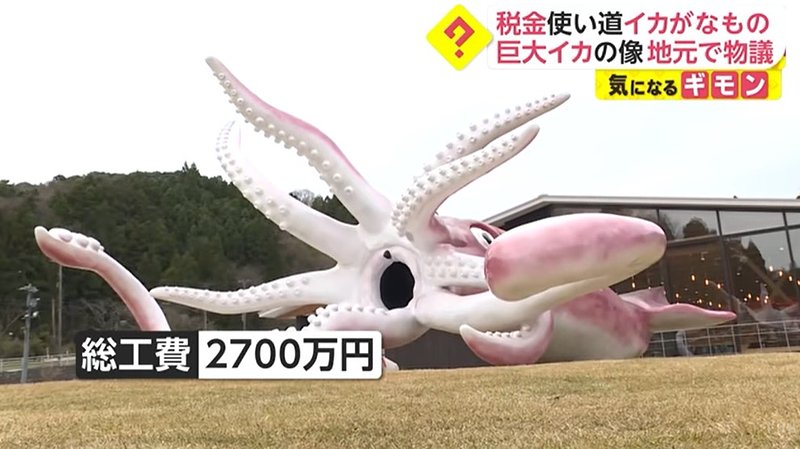 The 13-metre long statue is in the port town of Noto, where flying squid is a popular local dish.

Officials from the town told local media that the statue was part of a plan to encourage tourists back after the pandemic.

Noto, on Japan's central-west coast, has had a very low number of coronavirus cases, but has struggled as a result of receiving far fewer tourists.

The funds for the statue were just part of a larger package of 800 million yen (6 million euros) of national grants, which are intended as an economic boost to the region.

While there was no requirement to spend them on Covid relief projects specifically, one local was quoted in Japanese media as saying the money would be better spent on "urgent support" such as medical staff and care facilities.