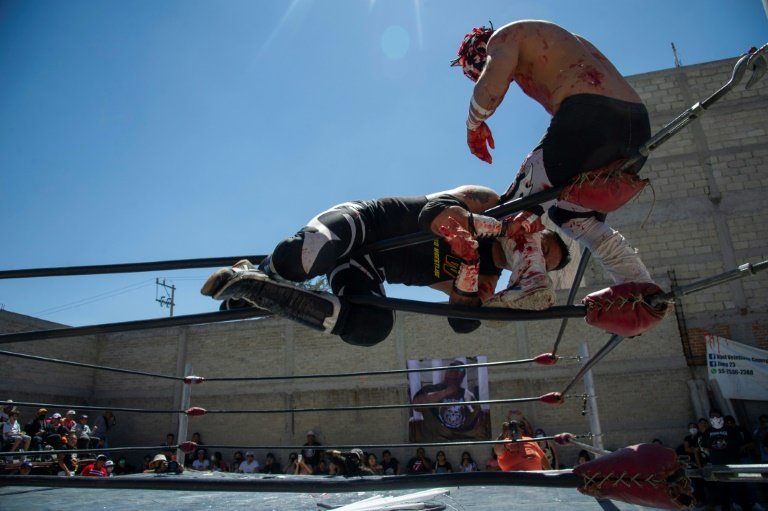 Mexican wrestlers engage in an extreme version of 'lucha libre' in a backyard bout in tribute to wrestler Ovett, who died of Covid-19 / © AFP

Wrestlers pound each other into bloody submission in a backyard outside the Mexican capital as they try to earn a living - and yet their most fearsome foe since the Covid-19 pandemic struck is no longer the reigning champion.

The novel coronavirus has claimed the lives of dozens of Mexico's legendary "lucha libre" wrestlers, plunging the profession into mourning -- and with arenas closed, also dire financial straits.

In a suburb north of Mexico City, however, masked fighters grapple, kick and even hit each other with chairs and tube lights in an extreme version of the wildly popular mix of sport and entertainment.

Dozens of fans, including children, shout and cheer with little sign of social distancing and few face masks.

The event is a tribute to Ovett, one of the many wrestlers who have succumbed to the coronavirus. Other virus victims include big names such as Mathematician II and Anibal Jr.

"We already have almost 200 wrestlers who have died, as well as family members," says Phantom, a veteran fighter who heads the Mexico City Wrestling Commission. 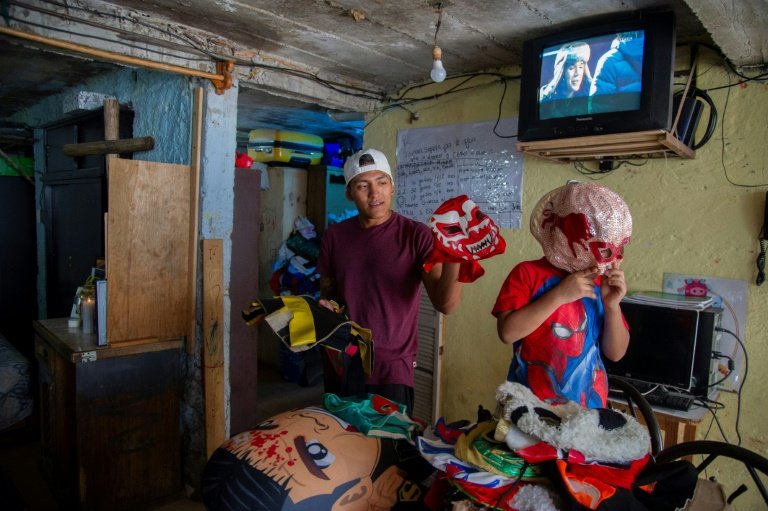 Ovett's 21-year-old son and fellow wrestler Lunatik Extreme says that the virus "awakened the other diseases" suffered by his father, who lost his final battle in February at the age of 44.

He displays keepsakes of his mentor, including colorful costumes, a DVD cover showing him subduing a rival dressed as a clown, and images of his performances at the Arena Mexico, the high cathedral of lucha libre.

The greatest risk facing wrestlers is no longer a kick or body slam, but the virus that is "everywhere" in the country of 126 million, he says.

Mexico is one of the nations worst affected by the pandemic, with an official Covid-19 death toll of around 214,000. Even the government acknowledges that the real figure is probably much higher. 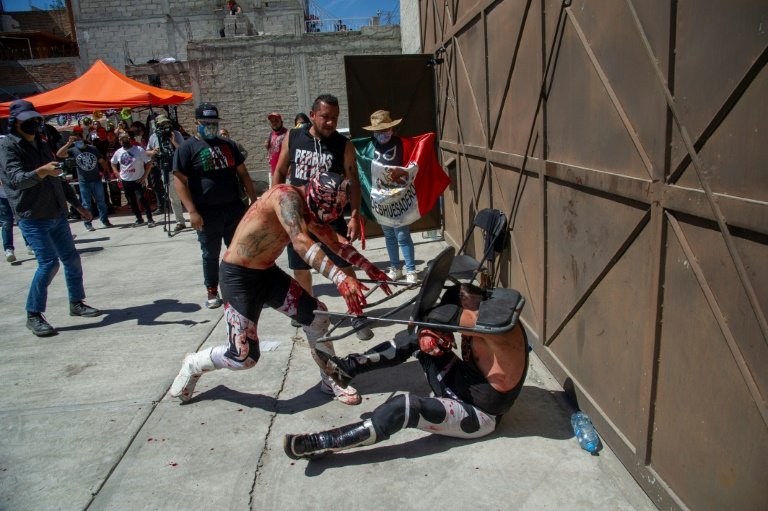 With arenas closed for more than a year, the wrestlers known for their flamboyant costumes and acrobatic maneuvers have been forced to adapt to try to scrape a living.

"They took all the work away from us. They closed the stadiums. We tried to do performances behind closed doors, but it didn't work out very well. We're just getting started," says Lunatik Extreme.

The Wrestling Commission opposes matches with fans present at the moment due to the risk of infections.

Mexican authorities only allow bouts to be filmed behind closed doors and broadcast over the internet. 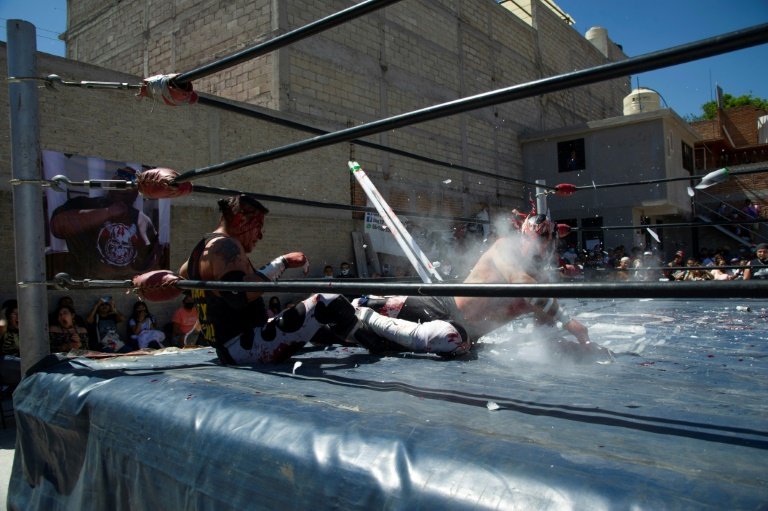 The wrestlers know that stepping into the ring is even more dangerous due to Covid-19, but say they have no choice / © AFP

A wrestler named Silk Prince plans to hold a tribute to his cousin Mathematician II, who died last year.

"Life goes on. Whenever I climb into the ring I dedicate the show to him," he says tearfully.

These two wrestlers come from a well-known dynasty that includes the late Hurricane Ramirez and the octogenarian Mathematician Sr., who is mourning his son.

"I couldn't even say goodbye. Now I try to give what's left of my affection to my grandson," he says.

"Apart from my son, which hurts the most, many comrades have died. I've been fighting for so many years and I'm counting who has died and there are many now," he adds. 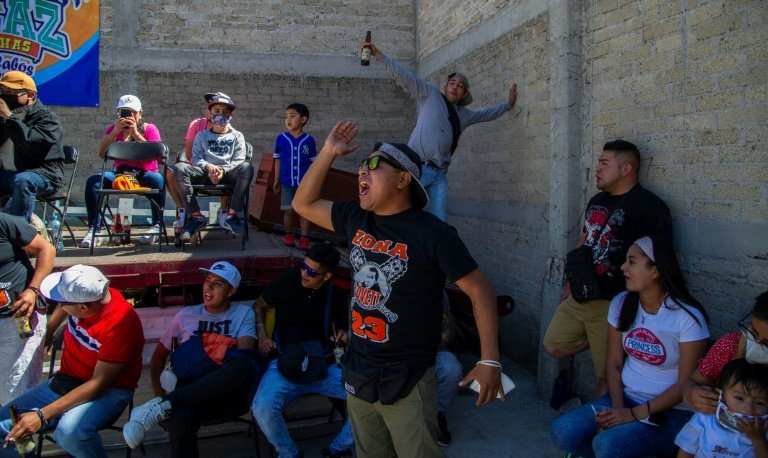 The wrestlers know that stepping into the ring is even more dangerous now due to Covid-19, but they say they have no choice.

"The whole profession is affected. Many people make a living from wrestling and now have to earn a wage," Silk Prince said.

"Wrestlers also have to eat."