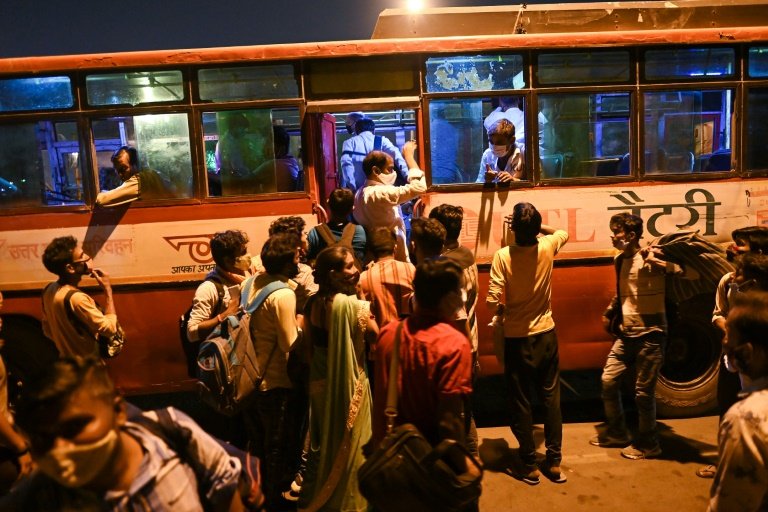 India on Monday opened its Covid-19 vaccination drive to all adults from May, as the vast nation battles a record-breaking spike in infections that forced the capital into a week-long lockdown.

The looming lockdown sparked a crush at a major bus terminal in New Delhi, with tens of thousands of migrant workers trying to flee the restrictions -- fuelling fears they could spread the virus to their rural hometowns.

India, which currently limits shots to those over the age of 45, kicked off its inoculation drive in mid-January and has administered more than 123 million shots so far.

But experts have called for a faster rollout to combat the surge, which has placed a huge strain on the vast country's already overstretched healthcare system.

Since the daily increases in the caseload fell to below 9,000 in February, numbers have been skyrocketing, with a new record of 273,810 infections on Monday to take the total to 15.06 million, second only to the United States.

"In a meeting chaired by (Prime Minister) Narendra Modi, an important decision of allowing vaccination to everyone above the age of 18 from 1st May has been taken," the health ministry said in a statement.

Vaccine makers would have to supply 50 percent of doses to the national government, and the other half to state governments and the open market.

"It's about time! I think this should've been done much sooner," Mumbai-based screenwriter Nisha Kalra, 28, told AFP.

"Knowing we can get vaccinated has immediately reduced the stress, panic and horror of the last few weeks." 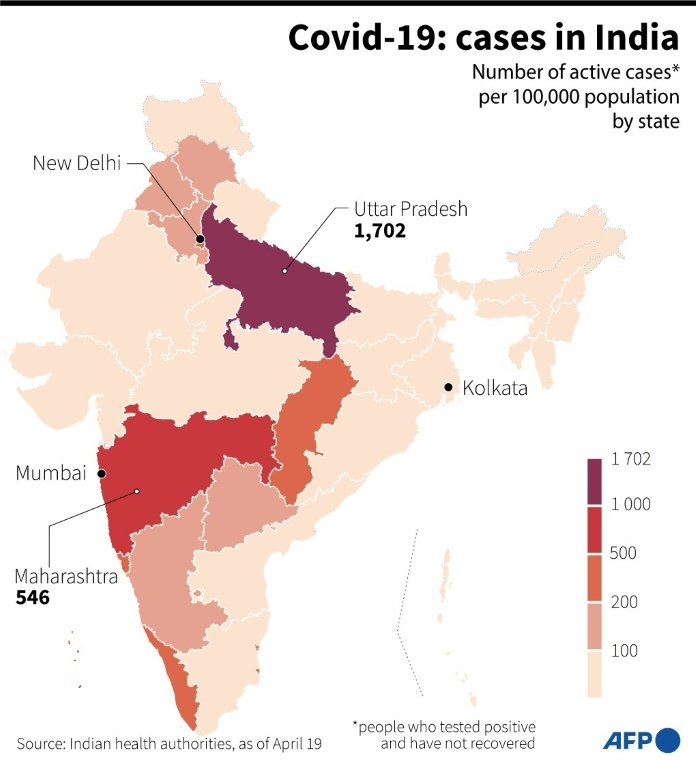 The vaccination announcement came after New Delhi -- the worst-hit city in India -- said it would impose a week-long lockdown from Monday night.

The megacity of 20 million people has struggled to contain its virus surge, with hospitals running out of beds and oxygen supplies low.

Delhi reported 23,686 fresh cases on Monday, with more than one-quarter of those tested returning positive results.

The healthcare system was "under severe strain" and had "reached its limit", Kejriwal added.

He said businesses would be shut and movement around the northern city limited to essential services.

The India Open badminton tournament scheduled for May 11-16 in Delhi was postponed.

In the last seven days, India recorded more than 1.4 million cases -- an increase of 64 percent on the previous week, according to data compiled by AFP. 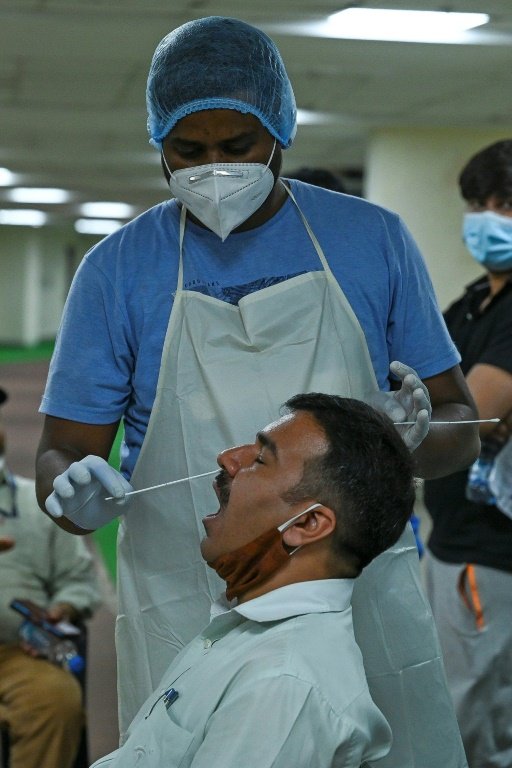 Experts blame complacency about the virus. There is also growing concern that variants, including a "double mutant" version, are fuelling infections.

"The only long-term solution to Covid-19 is to vaccinate as many people as possible," said Ashoka University physics and biology professor Gautam Menon.

Former prime minister Manmohan Singh was the latest high-profile Indian to test positive, the opposition Congress party confirmed late Monday, adding that he was admitted to a top public hospital in Delhi.

The surge led Britain and Pakistan to impose curbs Monday on travellers from India. Neighbouring Pakistan said all arrivals were banned for two weeks while London said only British and Irish nationals were allowed to enter. 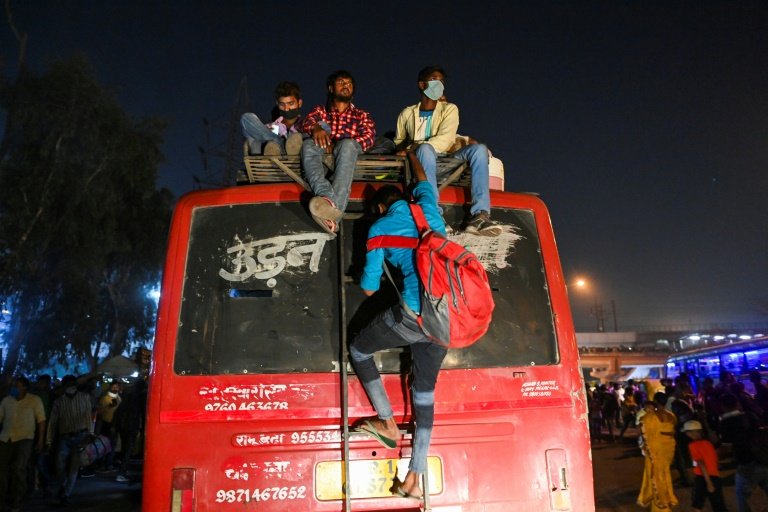 Long queues formed outside Delhi's food and alcohol stores in several neighbourhoods, in scenes reminiscent of the rush ahead of last year's nationwide lockdown.

Last year's harsh restrictions put millions of poor daily-wagers out of work, with many leaving cities for their villages -- often on foot with some dying along the way.

Tailor Hari Shanker, 34, said the small outlet he worked at shut down three days ago.

"It's better that I look for work in my village," Shankar, who hails from Bareilly in Uttar Pradesh state, told AFP.

"Last year I was stuck here for 50 days. I didn't have work and couldn't send money home... I'm not planning on coming back (to Delhi) until Covid is over."

The national government has said it will address states' appeals for more medical supplies. 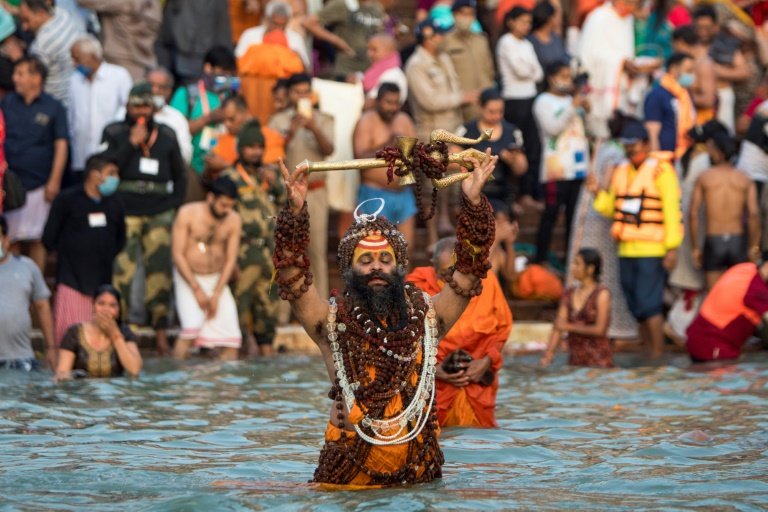 Experts warned that religious festivals, including the Kumbh Mela attended by millions of pilgrims, and packed state election rallies had become "super-spreader" events.

Following a call from Modi for its rituals to be observed symbolically, officials at the Kumbh Mela in India's north said the festival was winding down.