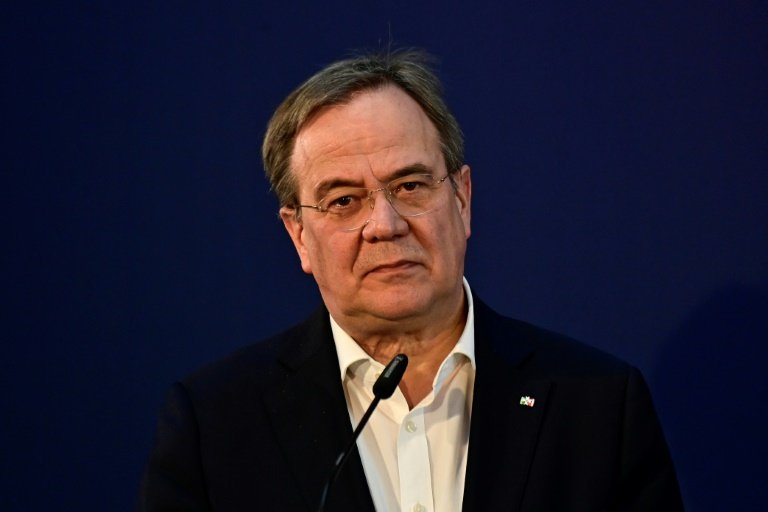 The head of German Chancellor Angela Merkel's CDU secured the backing of the party's top brass on Monday, party sources told AFP, in a key boost for his campaign to succeed the veteran leader at elections in September.

As head of the CDU, Armin Laschet would normally be a shoo-in to head the party and the CSU, its smaller Bavarian sister party, to the polls on September 26 -- when Merkel will retire after 16 years as chancellor.

But with public support for the conservatives tumbling over their recent handling of the coronavirus pandemic, some have called for Laschet to step aside in favour of Markus Soeder, the more popular CSU leader.

However, after a key huddle of the party's top brass on Monday, a party source told AFP that "the CDU leadership is in favour of Armin Laschet running as the (conservative) candidate in the 2021 election campaign".

While the backing of the party heavyweights does not mean Laschet is home and dry in the race, it is seen as a key indicator of who the alliance will end up picking. 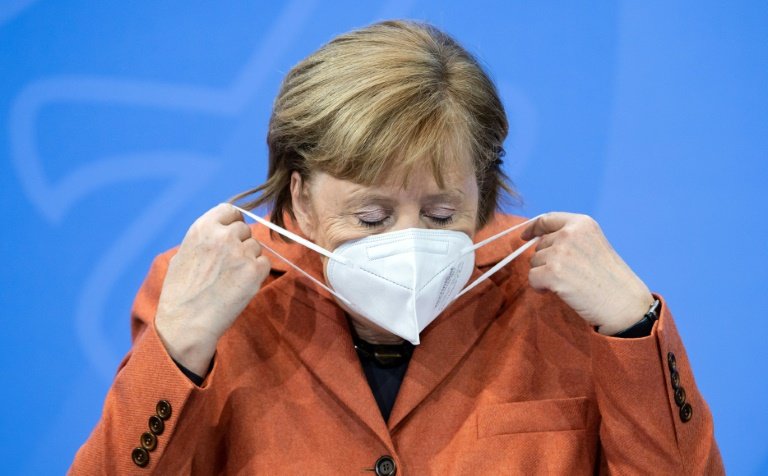 German Chancellor Angela Merkel is stepping down after 16 years / © AFP

Long-time Merkel ally Laschet, 60, took over as CDU leader in January but has since suffered a series of setback including a damaging spat with Merkel over virus containment measures.

As head of the country's most populous state of North Rhine-Westphalia, Laschet defended his region's broad interpretation of national virus measures, calling for "more freedom and flexibility".

He was also ridiculed on social media for saying he needed time to "think about" how to deal with Germany's spiralling third wave over Easter, and accused of flip-flopping when he then appeared to change his mind with calls for a "bridge lockdown".

Soeder, meanwhile, has been praised for taking a hard line on virus measures in Bavaria and has sought to align himself with Merkel, arguing that the chancellor should help decide who would be her successor.

"A CDU-CSU candidate without the support of Angela Merkel will not be successful," he told Bild last weekend.

The Star Trek fan and fancy-dress loving Bavarian also insisted in an interview with Spiegel magazine that the candidate needed to be "accepted by the whole population, not just the party".

Soeder has consistently beaten Laschet in recent popularity polls, with one survey by public broadcaster ARD showing that 54 percent of Germans thought he would be a good chancellor candidate, compared to just 19 percent for Laschet.

The Bavarian premier had remained tight-lipped about his ambitions to be chancellor candidate, but openly declared his willingness to run for the first time on Sunday -- on the condition that he had the backing of the more powerful CDU.

A final decision expected some time in the next two weeks, according to German media reports.

Trust in the CDU-CSU has been severely hit in recent months by a sluggish vaccination programme and a corruption scandal over mask procurement, leaving the conservatives at record lows of less than 30 percent.

With the once fringe Green Party now just a few points behind them, the CDU-CSU could face the real prospect of losing the chancellery for the first time since 2005.