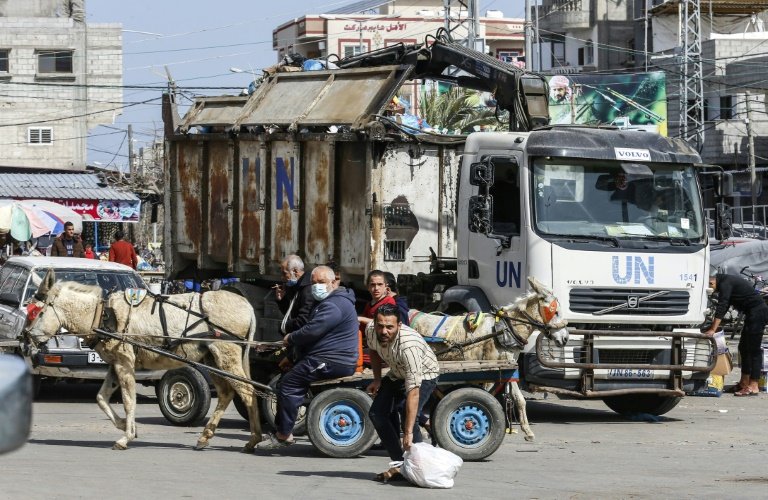 In Al-Jalazun refugee camp, Mohammad Zaid on Thursday expressed a sentiment not heard from Palestinians during Donald Trump's presidency: gratitude towards the US, even if for some it's too little, too late.

Zaid, 49, told AFP that on visits to the clinic of the camp in the Israeli-occupied West Bank after Trump's 2018 cut in funding for the UN agency for Palestinian refugees (UNRWA), he often found it lacked medicine.

"We thank America for restoring its support," the restaurant owner said, a day after US President Joe Biden restored aid for the Palestinians to the tune of $235 million, in a sharp break from the staunchly pro-Israel Trump administration.

"The living conditions in the camp are difficult and UNRWA needs help in order to look after the refugees," said Zaid.

The State Department said it Wednesday would contribute the $150 million to UNRWA. The Trump administration had severed funding in 2018.

UNRWA was set up in 1949, a year after Israel's creation, and currently provides housing, schools and other care to more than five million Palestinian refugees and their descendants.

Israel cheered when Trump cut funding for the agency it accuses of teaching incitement against the Jewish state and insists should not exist in its current form.

But for many Palestinians, UNRWA provides vital support, including in Al-Jalazun, near the Jewish settlement of Beit El in the West Bank where Israeli flags flutter above the cramped Palestinian camp.

Entering Al-Jalazun from the south requires walking along a concrete wall that separates the Palestinian community from the settlement.

As with many Palestinian refugee camps, the tents of past decades have been replaced by low-rise concrete buildings, where many live in some of the world's most densely-packed urban areas.

UNRWA works across the occupied Palestinian territories, including the West Bank, Israeli-annexed east Jerusalem and Gaza, blockaded by the Jewish state since 2007, the year Hamas Islamists took power in the coastal territory. 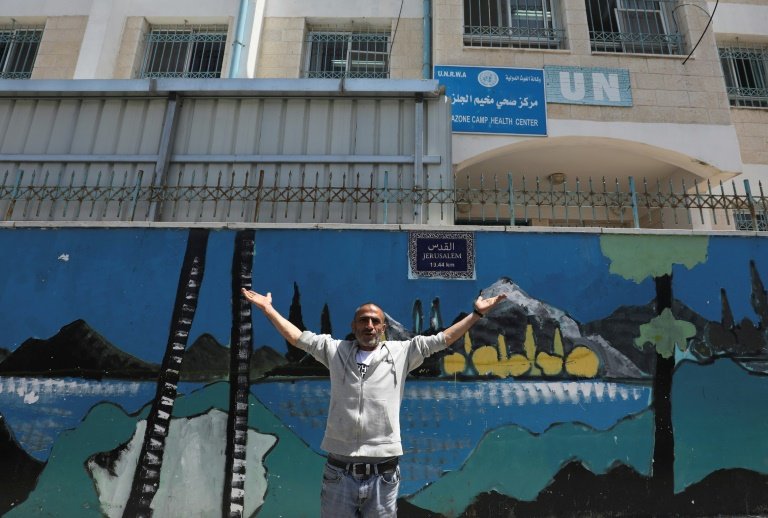 Gaza, a densely populated territory home to some two million Palestinians, has suffered from poverty rates of roughly 50 percent, at least in part caused by the Israeli blockade.

Hardship has increased during the Covid-19 pandemic as Hamas has imposed strict lockdowns to control viral spread in the enclave with poor medical infrastructure.

Sabah Sukkar, a 30-year-old who works in a Gaza City beauty salon, said the resumption of US aid would "improve the economic situation, but in a small way".

"We have waited for this decision for a long time," she told AFP, calling Biden's move "positive, but late".

In addition to UNRWA support, Biden's administration has also offered $75 million in economic and development assistance for the West Bank and Gaza, as well as $10 million for peace-building efforts.

UNRWA Commissioner General Philippe Lazzarini said the cash-strapped agency "could not be more pleased" about its renewed support from Washington.

In contrast, Israel's US ambassador Gilad Erdan said he had conveyed "disappointment and objection" to Washington.

He argued that UNRWA should not receive funding until it removed "anti-Semitic content from its educational curriculum", among other reforms.

Back in Al-Jalazun, former teacher Omar Anbar applauded the US move as a step "forward" but stressed that donations, regardless of the amount, would not help the Palestinians achieve their aspirations. 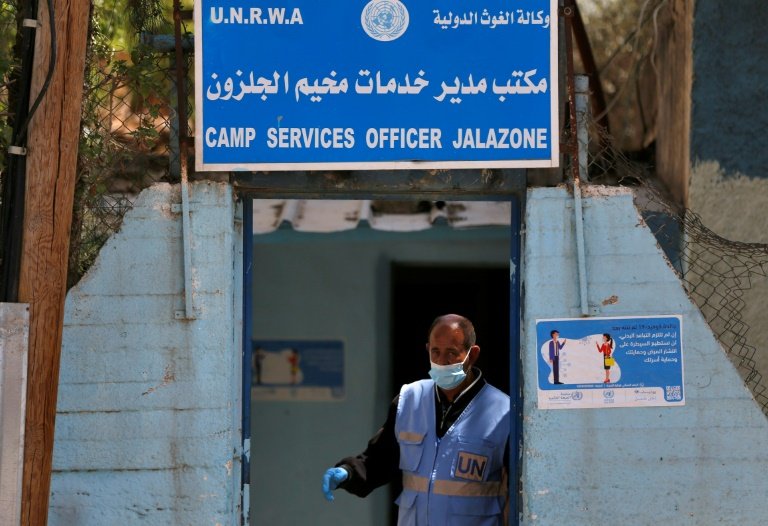 "Even if the US give us millions or billions of dollars, it is not good (enough)," he said, standing in the camp's main square with its monument to late iconic Palestinian leader Yasser Arafat.

"We want America to take steps on the ground against the occupation," said Anbar.

"Palestinians want to live freely, like other people, in our republic of Palestine. To move freely from place to place (not subject to Israeli restrictions)," he said, doubting Biden could achieve those goals.

"In the coming four years, nothing will change," he forecast.