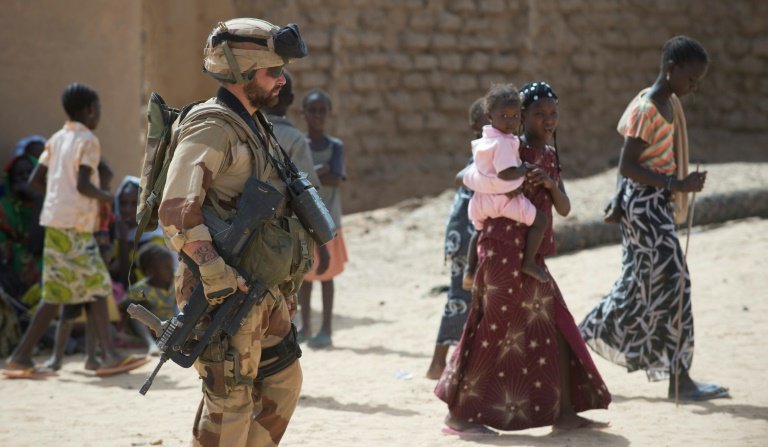 France, the former colonial power, intervened in Mali in 2013 to beat back jihadists, and now has some 5,100 soldiers deployed across the Sahel / © AFP

France's defence minister said she would not allow the honour of French forces to be "sullied" on Thursday, two days after the UN said a French strike killed 19 civilians in Mali.

Florence Parly travelled to the Sahel state's capital Bamako on Wednesday after the probe raised concerns about possible rights violations.

Published on Tuesday, a report summarising the investigation's findings concluded that a French air strike in central Mali killed 19 civilians on January 3.

"This strike raises serious concerns about respect for the principles of the conduct of hostilities," said the UN report, which constituted a rare criticism of a French military operation in Mali.

The French defence ministry denied the account, insisting that it had identified and attacked an "armed terrorist group".

Parly met Thursday with Mali's interim President Bah Ndaw, telling reporters afterward: "I cannot allow the honour of our soldiers to be sullied in this way," reiterating that the air strike had targeted armed men.

"There is also an information war, and our enemy... exploits every controversy," Parly said.

Seven French and Malian rights groups urged their respective governments to conduct an independent investigation into the central Mali strike on Thursday.

Mali has been struggling to contain an Islamist insurgency which first broke out in the north of the country in 2012 before spreading to the centre and neighbouring Burkina Faso and Niger.

France, the former colonial power, intervened in Mali in 2013 to beat back the jihadists, and now has some 5,100 soldiers deployed across the semi-arid Sahel region.

Parly said France is determined "to continue our fight against terrorism".

The French minister's Czech and Estonian counterparts accompanied her at the meeting with the Malian president.

Together they announced that a multinational force, Takuba, has become operational in the region.

The force has 500 French soldiers at its core, and is expected to grow to 2,000 troops, who are to operate in close cooperation with the national armies of the region.

It has already seen Czech, Swedish and Estonian troops deployed in the region, though France has so far been unable to obtain significant support from its larger EU partners.