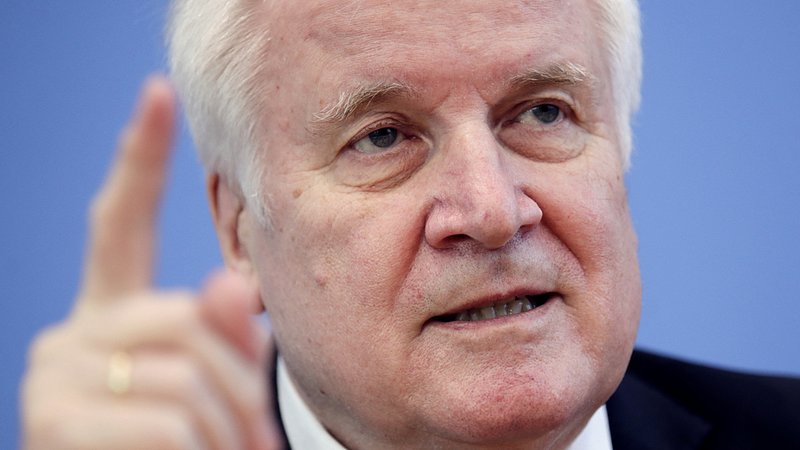 Germany on Tuesday said it would step up random controls at its land borders to ensure people are carrying a negative coronavirus test upon arrival, amid concern that Easter holiday trips could worsen the country's third Covid wave.

Interior Minister Horst Seehofer said he has asked Germany's federal police to "intensify" the checks for the next "eight to 14 days".

"Regardless where you're arriving from, from Poland, France, or Denmark, everyone should expect to be checked, especially with regard to producing a negative test," Seehofer told reporters.

The checks would occur in a 30-kilometre (19-mile) zone on German territory after vehicles have already crossed from neighbouring nations, Seehofer said, meaning nobody will be sent back if they don't comply.

But police can impose fines on anyone who fails to show a negative test or did not complete an online registration form before entry.

Anyone coming from a "high-risk" area such as France must also quarantine upon arrival.

#UPDATE Interior Minister Horst Seehofer says the random checks will occur on German territory after vehicles have crossed into the country pic.twitter.com/ZYkq1bGkEj

The only systematic border checks, where each car is stopped and can be denied entry, are taking place at Germany's frontier with the hard-hit Czech Republic.

Seehofer announced that the strict checks would be extended for another 14 days given the Czech Republic's high infection rate and the prevalence of virus variants.

But Germany will no longer systematically stop each vehicle coming from Austria's Tyrol region, he added, saying the pandemic situation in Tyrol "has significantly improved".

Also from Tuesday, anyone arriving in Germany by plane must show a negative test before boarding, regardless of whether they are coming from a risk area or not.

The tougher measures come as Germany struggles to slow a rise in coronavirus infections, fuelled by new, more contagious virus strains with experts warning that the vaccination pace remains too slow to break a third wave of the pandemic.

Government officials have repeatedly urged Germans to stay home over the Easter break and expressed concerns over Germans holidaying in the Spanish island of Mallorca.

According to Germany's Federal Foreign Office, entry requirements by road depend on a given country's risk classification. The latest update from the Robert Koch Institute, which decides on classifications, has Luxembourg listed as a risk are (though not a 'high incidence' nor 'virus variant' area, which would make for stricter entry requirements).

This means that "travellers ... must be in possession of a test result no later than 48 hours after entry."