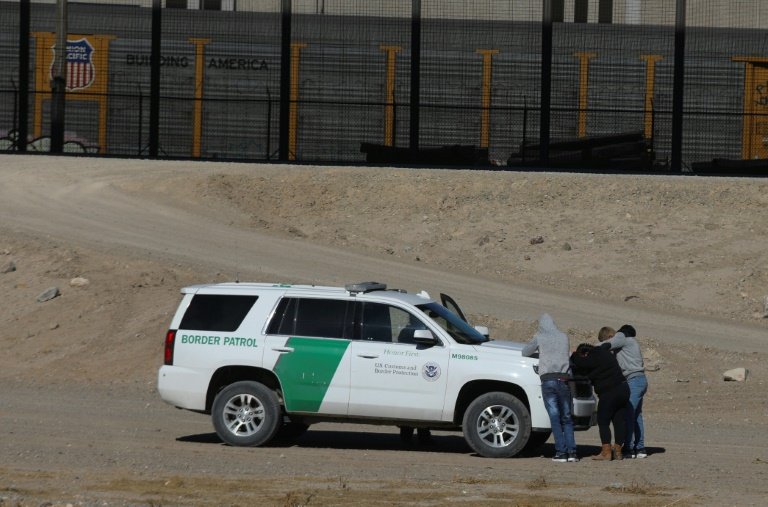 Central American migrants are detained by Border Patrol agents after crossing the Rio Grande from Mexico to get to El Paso, Texas on February 5, 2021 / © AFP/File

US authorities announced criminal charges Thursday against a Texas man after eight undocumented migrants he was transporting in his truck died after he crashed while fleeing police.

Sebastian Tovar, 24, of Austin, Texas was charged with conspiracy to transport undocumented immigrants resulting in death, the Justice Department said.

The crash came amid a fresh surge of migrants attempting to enter the country from Mexico and Central America.

Authorities said Tovar refused to pull his pickup truck over when state police officers sought to stop him for speeding near the border city of Del Rio on Monday.

The officers pursued the truck in a chase for about 50 miles (80 kilometers) that reached speeds of 100 miles per hours (160 kilometers per hour), said US Customs and Immigration in a statement.

Eventually he crossed the highway median and crashed head-on into another pickup truck, killing eight of his passengers and injuring the two people in the other vehicle.

With traffic backed up at the scene of the accident, officers spotted another pickup truck loaded with migrants, and apprehended 12 of them.

Two admitted that both trucks were part of the same human smuggling operation, according to the statement.

If convicted, Tovar faces a possible sentence of up to life in prison.