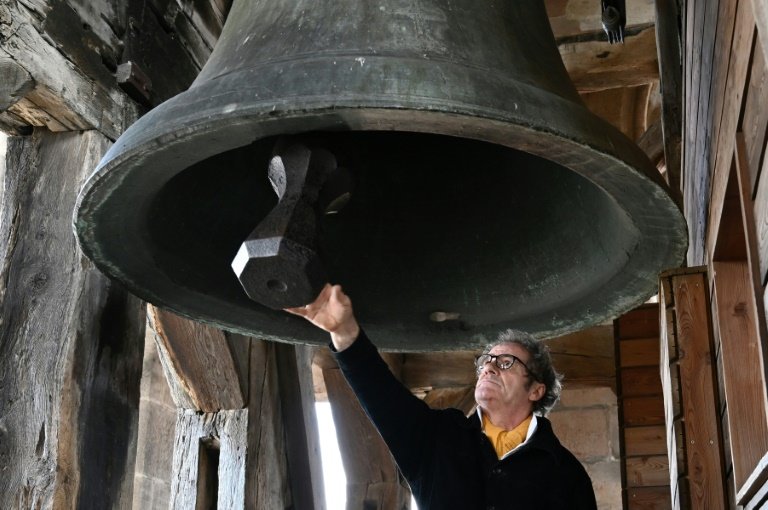 Switzerland held a rare minute of silence on Friday in memory of its coronavirus victims, a year after the country's first Covid-19 fatality.

The silent commemoration was held at 11:59 am after which church bells rang across the country.

Lausanne Cathedral rang a special chime used in the Middle Ages to alert the city to danger but also to call citizens to stand together in the face of crises.

"In memory of those who have left us, who have suffered, who continue to struggle to recover their health or their work, and also in tribute to the healthcare staff... our country wishes to devote this moment of reflection," President Guy Parmelin said.

The pandemic's first victim in Switzerland was a 74-year-old woman in the western Vaud region, of which Lausanne is the capital.

"This pandemic has since shaken the whole world. Switzerland has paid a heavy price: more than 9,000 dead and entire sections of our economy devastated," said Parmelin.

"We still have many people sick and recovering, as well as thousands of people without work or prospects," he added.

At least 9,278 people have died from nearly 560,000 recorded Covid infections in the wealthy Alpine nation of 8.6 million people.

Switzerland rarely holds national silences. Parmelin said the occasion allowed the country "to witness together, in the silence of our hearts, our friendship, our support and our gratitude".

The government said these strengths would allow Switzerland to move forward, look to the future and overcome the crisis.

On Monday, Switzerland began easing some of the restrictions imposed to rein in the second wave of the pandemic, including opening non-essential shops.

A second stage of easing the restrictions is scheduled for March 22, when the government hopes to allow the opening of outdoor areas at restaurants and change the requirement to work from home.

On Friday it announced a mass expansion of free testing for the virus, at a cost this year of more than one billion Swiss francs ($1.08 billion, 900 million euros).

"This will happen in parallel to the gradual relaxing of restrictions on social activities and economic life," the government said.

"Because the more infectious virus variants are spreading at an increasing rate, there must be stricter prevention and earlier detection of local outbreaks."

The government said it would assume the cost of all testing from March 15.

A total of 882,184 vaccine doses have been administered in Switzerland, giving one of the better doses per population rates in Europe.