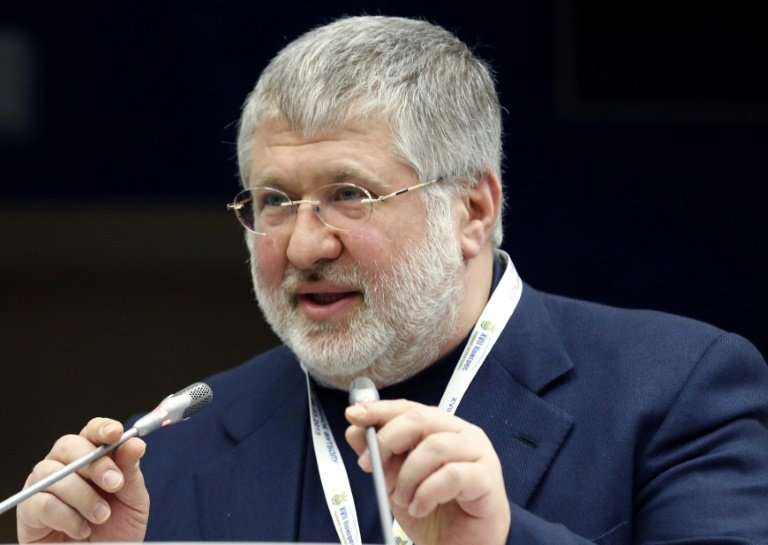 Ukrainian billionaire Igor Kolomoisky, seen in 2015, has been hit by US sanctions / © UNIAN/AFP/File

The United States on Friday banned the entry of controversial Ukrainian billionaire Igor Kolomoisky, accusing him of corruption and of undermining democracy.

Under US sanctions laws against corruption, Secretary of State Antony Blinken said that Kolomoisky, his wife and children would not be admitted into the United States.

The sanctions specifically related to Kolomoisky's tenure as a regional governor in 2014 and 2015, with the State Department saying he was involved in "significant corruption" and used his "political influence and official power for his personal benefit."

But Blinken voiced broader concerns about Kolomoisky, the former owner of the country's largest private bank which was nationalised after he was accused of siphoning $5.5 billion.

"I also want to express concern about Kolomoisky's current and ongoing efforts to undermine Ukraine's democratic processes and institutions, which pose a serious threat to its future," Blinken said in a statement.

"The United States continues to stand with all Ukrainians whose work drives reforms forward."

The case of lender PrivatBank has been closely watched by Western bankers who want Ukraine to make fighting corruption a priority.

Kolomoisky has been close to Ukrainian President Volodymyr Zelensky, who was elected in 2019 on promises to root out corruption but earlier benefitted from Kolomoisky's media empire, which broadcast his comedy show.

The Ukrainian presidency posted a statement to Facebook Friday saying that "Ukraine must overcome a system dominated by oligarchs" if the ex-Soviet country wants to achieve "economic prosperity and Euro-Atlantic integration".

"Ukraine is grateful to each partner for their support along the way," the presidency said, adding that Ukraine will "relentlessly move" towards strengthening its relations with "our strategic partner the United States".

Kolomoisky made an appearance in one of the major scandals of former president Donald Trump, who was impeached for pressuring Zelensky to try to dig up dirt on the son of Joe Biden, who went on to defeat Trump for the White House.

Trump's lawyer, former New York mayor Rudy Giuliani, met with Kolomoisky in an apparent bid to reach Zelensky but later publicly denounced the tycoon after he apparently did not oblige.

The Treasury Department in January placed sanctions on four Ukrainians who aided Giuliani's efforts, accusing them of election meddling, including a lawmaker seen as close to Kolomoisky.