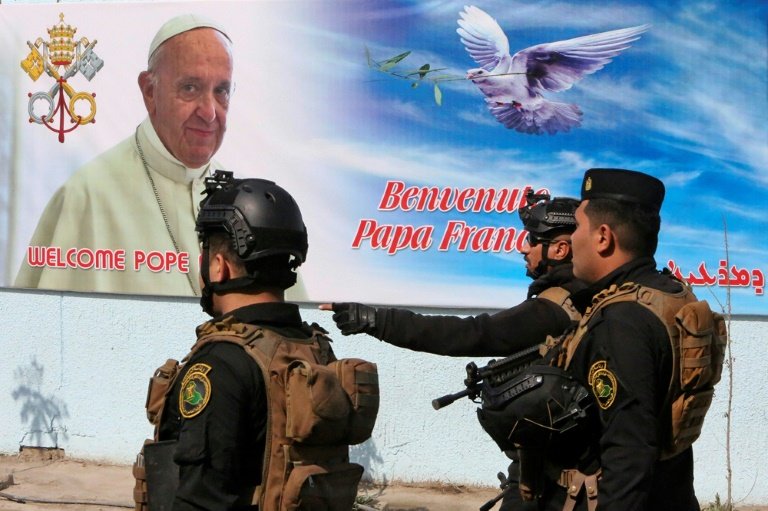 On the eve of his historic trip to Iraq, Pope Francis paid tribute Thursday to those who have suffered from years of violence, saying he came as a "pilgrim of peace".

In a video message, the 84-year-old offered his hand to "brothers and sisters of other religions", but also highlighted the heavy toll paid by Iraq's Christian communities, saying there had been "too many martyrs".

"I long to meet you, to see your faces, to visit your land, ancient and extraordinary cradle of civilisation," the pope said.

"I come as a pilgrim, a penitent pilgrim to implore forgiveness and reconciliation from the Lord after years of war and terrorism."

"I come as a pilgrim of peace in search of fraternity, animated by the desire to pray together and to walk together, also with the brothers and sisters of other religions," he added.

The pope, making his first foreign trip since the coronavirus pandemic swept Europe a year ago, will arrive in Iraq on Friday before embarking on a packed schedule of events through to Sunday. 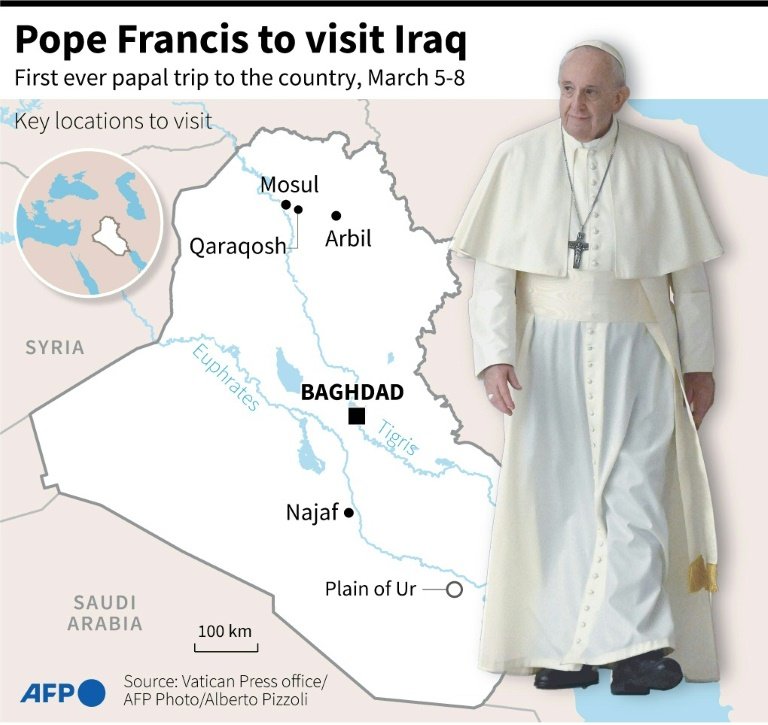 From Ur, the birthplace of the Prophet Abraham in the southern desert, to ravaged Christian towns in the north, roads are being paved and churches rehabilitated.

Among the most extraordinary moments of the trip will be his one-on-one meeting with Grand Ayatollah Ali Sistani, the highly reclusive cleric, who is a top religious authority for many of the world's Shiite Muslims.

Francis is fulfilling the dream of a predecessor, John Paul II, by visiting Iraq -- despite a rampaging coronavirus epidemic and an upsurge in violence.

The security challenges were highlighted Wednesday when a rocket attack hit a base hosting US-led coalition troops, which came after several weeks of escalating US-Iran tensions on Iraqi soil.

The pope said on Wednesday he was determined not to "disappoint" the Iraqi people.

But concerns over security and tight restrictions imposed to stop the spread of Covid-19 mean that most Iraqis will have to follow the trip on television.

Though the pope enjoys being among his faithful, crowds at his events have been strictly limited, while he will mostly travel in an armoured, covered car.

Iraq's Christian community is one of the oldest and most diverse in the world, with Chaldeans and other Catholics making up around half, along with Armenian Orthodox, Protestants and others.

By 2003, when the US-led invasion toppled then-dictator Saddam Hussein, Christians made up around six percent of Iraq's 25 million people.

But after years of bloodshed, its numbers have fallen to just 400,000 today. 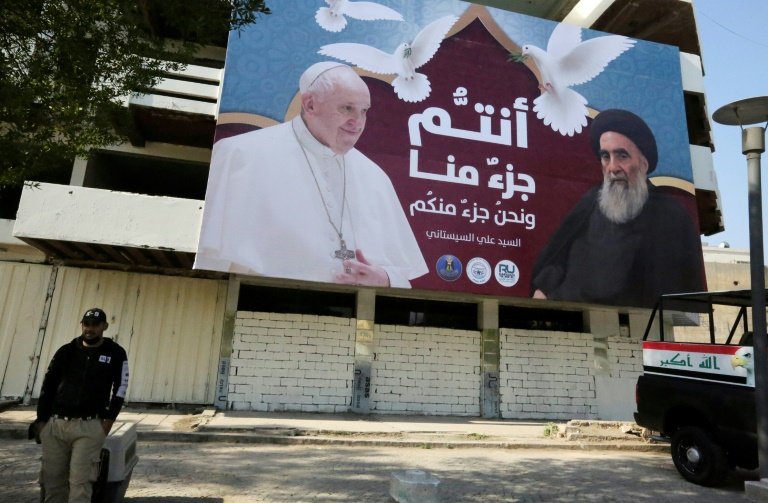 The pope will meet with Grand Ayatollah Ali Sistani, a top religious authority for many of the world's Shiite Muslims / © AFP

The Argentine pope said he was "honoured to meet a martyred Church" and thanked them for their faith.

There had been "too many martyrs", he said, while survivors "have in your eyes the images of destroyed houses and desecrated churches, and in your hearts the wounds of loved ones left behind and homes abandoned".

He said the Catholic Church that he leads "encourages you to go on".

Francis also paid tribute to the minority Yazidi community, "who have suffered so much".

Thousands of Yazidis were killed and women taken into sexual slavery when the Islamic State swept through Iraq in 2014.