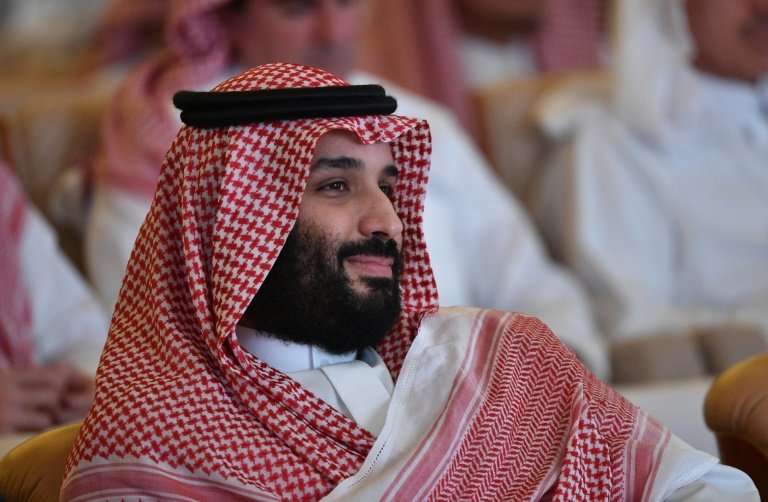 Saudi Crown Prince Mohammed bin Salman, who a US intelligence report said "approved" a journalist's murder, has shaken up the ultraconservative oil superpower with economic, social and religious reforms since his meteoric rise to power.

The 35-year-old de facto ruler has overseen the most fundamental transformation in the modern history of the Gulf nation and sidelined all rivals after he became crown prince in June 2017.

But he has also presided over a crackdown on critics, including prominent clerics, activists and royal elites, as well as faced a storm of condemnation over the murder of Saudi journalist Jamal Khashoggi inside the kingdom's Istanbul consulate in October 2018.

In a partially redacted two-year-old report released Friday by President Joe Biden's administration, US intelligence concluded that the prince "approved an operation in Istanbul, Turkey to capture or kill Saudi journalist Jamal Khashoggi."

"Since 2017, the crown prince has had absolute control of the kingdom's security and intelligence operations, making it highly unlikely that Saudi officials would have carried out an operation of this nature without the crown prince's authorization," the report said.

Known by his initials MBS, the prince has pledged to forge a "moderate" Saudi Arabia and sought to get international investors on board with his grandiose vision to overhaul the kingdom's oil-reliant economy.

He has taken on the powerful religious leaders who long dominated Saudi life and struck out at the nation's elite with a dramatic purge of royals, ministers and business figures that saw hundreds detained in a probe over graft worth $100 billion.

"We want to live a normal life. A life in which our religion translates to tolerance, to our traditions of kindness," he told international business leaders at a conference in Riyadh soon after becoming crown prince.

"Seventy percent of the Saudi population is under 30, and honestly we will not spend the next 30 years of our lives dealing with destructive ideas. We will destroy them today and at once."

On the international stage, he ratcheted up tensions in the Middle East by plunging the usually staid kingdom into the quagmire of regional rivalries.

He has overseen a blistering military campaign in Yemen, ramped up a stand-off with Shiite rival Iran and led a three-year blockade of neighbouring Qatar.

At home, the prince has overseen a slew of unpopular austerity measures, which have strained a decades-old social contract whereby citizens were given generous handouts and subsidies in exchange for loyalty to the absolute monarchy.

Born on August 31, 1985, Prince Mohammed graduated in law from Riyadh's King Saud University. The dark-bearded prince is the father of two boys and two girls.

He edged out his elder cousin, Prince Mohammed bin Nayef -- one of the princes reportedly detained in the March 2020 power play -- to become heir to the throne.

Foreign diplomats have predicted MBS could be in control of Saudi Arabia for at least half a century if he succeeds as king.

Prince Mohammed has already amassed powers unseen by previous Saudi rulers. He is also the kingdom's defence minister and chairman of the vast Public Investment Fund, which is spearheading efforts to diversify the oil-reliant economy.

He developed close ties with the White House under former US president Donald Trump, especially with his son-in-law and adviser Jared Kushner -- relationships that served him well during the Khashoggi scandal.

But the prince faces renewed scrutiny of his human rights record under Biden.

The prince is the architect of a wide-ranging plan dubbed "Vision 2030" to bring social and economic change to Saudi Arabia's economy.

Women are now allowed to drive, attend public sporting events and concerts alongside men, and to obtain passports without the approval of a male guardian.

The kingdom has lifted a public ban on cinemas and encouraged mixed-gender events -- something unseen before.

But at the same time, there has been a heavy-handed crackdown on dissidents, including intellectuals and female activists, in what was seen as a strategy to stamp out any trace of dissent before a formal transfer of power from his 84-year-old father King Salman.

In February 2018, Prince Mohammed oversaw a dramatic shake-up that saw top brass, including the chief of staff and heads of the ground forces and air defence, replaced largely with younger leaders loyal to him, further consolidating his control within the military.

But his lightning accumulation of authority has sparked fears that he might have upended the fine balance of powers in Saudi Arabia too quickly and could end up sparking instability.

MBS has engaged in "ill-fated confrontations abroad that dilute Saudi power, exposing the kingdom to greater military threats and scaring off investors", wrote Frederic Wehrey, a fellow at the Carnegie Endowment for International Peace.