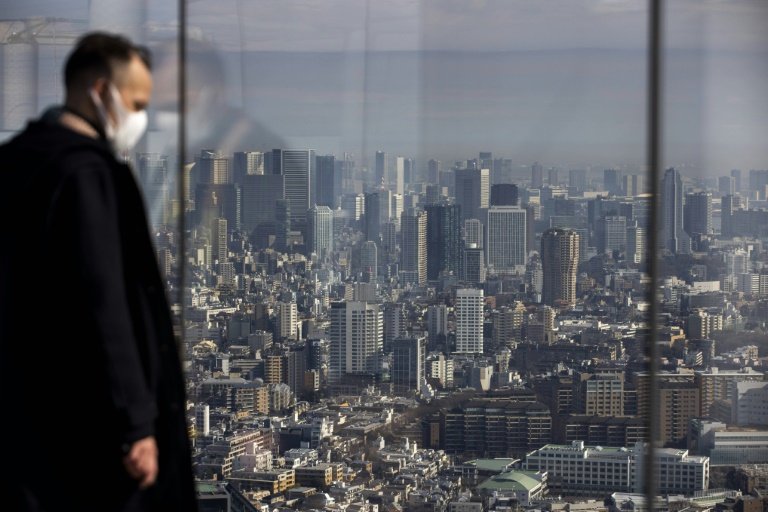 Japan's virus measures have been less strict than in other places, emphasising mask-wearing and ventilation over tough lockdowns / © AFP/File

Japan will end a coronavirus state of emergency early in some regions as the pace of infection slows, Prime Minister Yoshihide Suga said Friday, less than five months before the pandemic-postponed Tokyo Olympics are due to begin.

The emergency measure -- currently in force in 10 regions including Tokyo -- is looser than the strict lockdowns seen elsewhere in the world, and primarily calls for bars and restaurants to close from 8pm.

It is due to end on March 7, but the government will lift the measure this Sunday, just over a week early, in six prefectures that are far from the Japanese capital, Suga said.

The measure will remain in place for the greater Tokyo area, he added, which has seen falling new infection counts but where the medical system has come under strain.

"I have decided to lift the state of emergency on February 28 for the six regions," Suga told reporters at the prime minister's office.

"For greater Tokyo, the number of new infection cases has been falling. But the area's medical system continues to face difficulty," he said.

"I wish to take thorough measures to prevent the spread of infections... so that we can lift the entire state of emergency on March 7."

But Suga and experts advising the government did not rule out the possibility of extending the measures for greater Tokyo beyond that date.

Experts have cited concerns about a possible rebound of new infections once the state of emergency is lifted in the greater Tokyo area.

Japan's virus measures have been less strict than in other places, emphasizing mask-wearing and ventilation over tough lockdowns.

Despite the recent spike, Japan has seen a comparatively small Covid-19 outbreak, with just over 7,700 deaths.

Japan launched its coronavirus vaccination programme last week and has so far given first doses to around 22,000 healthcare workers.

Tokyo's response to the virus is being closely watched around the world as doubts swirl over the postponed Tokyo Olympics, due to start July 23.

Organisers have outlined measures they say will keep the Games safe even without requiring participants to be vaccinated or quarantined on arrival.