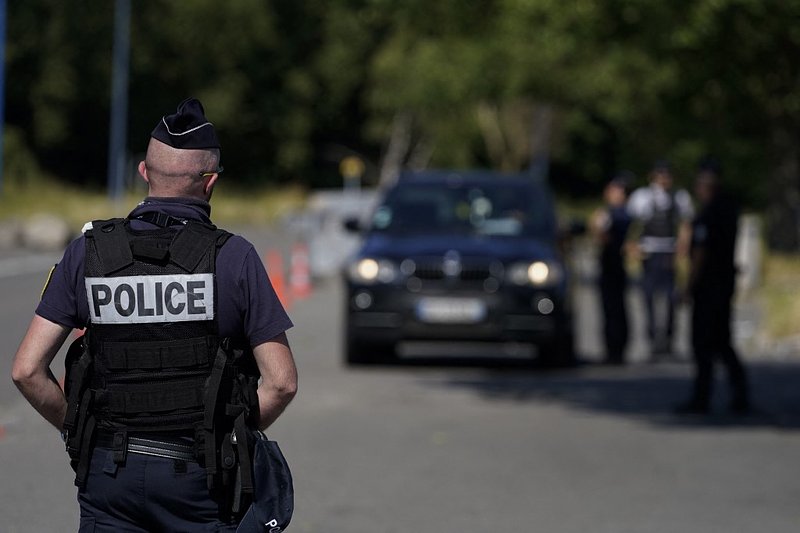 New measures will be introduced at the Franco-German border from 1 March, according to a press release issued by the France's Minister of Health Olivier Véran.

For cross-border workers, weekly tests will be organised at the border, but no details are available on this yet.

A flagship measure throughout this pandemic, teleworking will have to be strengthened from next week onwards.

Police presence will be reinforced at the border, and French authorities will work with their German counterparts to "ensure the effectiveness of these measures".

France and Germany agreed Thursday to require coronavirus tests for workers commuting across their shared border, aiming to avoid a full closure of the frontier while controlling the outbreak's spread.

"Border closures are not on the agenda for now," Chancellor Angela Merkel told reporters in Berlin after a video summit of EU leaders.

But she added that the case of Germany's borders with the Czech Republic and Austria's Tyrol region, which have been closed, was "very different".

"It was the relevant German regional authorities who asked us" to block crossings, Merkel said.

Closing the French-German border in spring 2020 during the first pandemic wave created tensions between the two countries, even at the level of local populations.

"We do not want Germany to shut the border completely," France's European Affairs minister Clement Beaune had said earlier Thursday as he announced the new weekly PCR tests for cross-border workers, who have also been asked to work from home if possible.

Saarland prime minister Tobias Hans told ARD public television that "we have to have similar measures on the German side."

Covid-19, including the more dangerous South African variant, is spreading faster in the eastern Moselle region than elsewhere in France.

Berlin had warned last week that it was considering expanding new travel restrictions to the border there.

Germany is one of several states rapped by the European Commission over border closures ahead of Thursday's EU summit.

French workers regularly crossing the border with Luxembourg are not targeted by the new requirement.

Elsewhere, the current rule that travellers other than cross-border workers arriving in France from another EU country must present a negative PCR test remains in force.

The French ministers said that joint French-German border police patrols "could be reinforced" to ensure compliance.