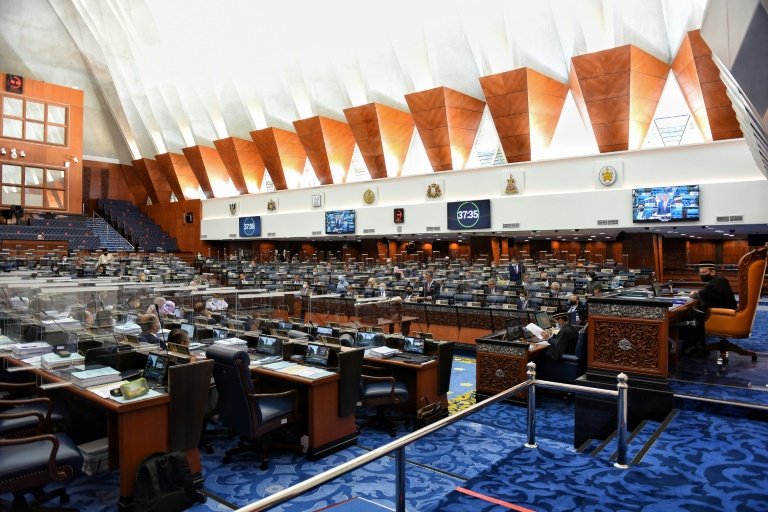 Malaysia's king said Wednesday parliament can sit during a state of emergency, in a blow for the embattled prime minister whose government is on the verge of collapse.

Parliament has been suspended since the king declared a national emergency last month to fight the coronavirus, following a request from Prime Minister Muhyiddin Yassin as cases spiralled out of control.

The move sparked accusations that Muhyiddin, whose year-old government is riven by infighting, was using the virus crisis to cling to power.

But facing mounting criticism, Sultan Abdullah Sultan Ahmad Shah announced parliament can convene during the emergency following a meeting with the upper and lower house speakers, a palace statement said.

"The king emphasised to the two speakers that Malaysia is a democratic country," said the statement.

"The view in certain quarters that the declaration of an emergency bans the convening of parliament is incorrect."

Parliament will resume on a date deemed suitable by the king, taking into consideration the advice of the prime minister, the statement said.

The state of emergency, due to run until August 1, remains in place, with supporters saying it is needed to channel extra resources to fighting the pandemic.

But it will also be bad news for Muhyiddin as his rivals can plot to topple his government, added James Chin, a Malaysia expert from the University of Tasmania.

"This current move is a setback for Muhyiddin," he told AFP.

Muhyiddin's coalition appears to be falling apart and he is also facing a serious challenge from opposition leader Anwar Ibrahim.

His administration has narrowly survived a series of votes but is now thought to have lost its parliamentary majority.

If he loses a vote of no confidence, it could lead to parliament being dissolved and national elections being called.

Muhyiddin's government came to power in March last year without an election after a reformist administration collapsed, and is frequently criticised as lacking legitimacy.