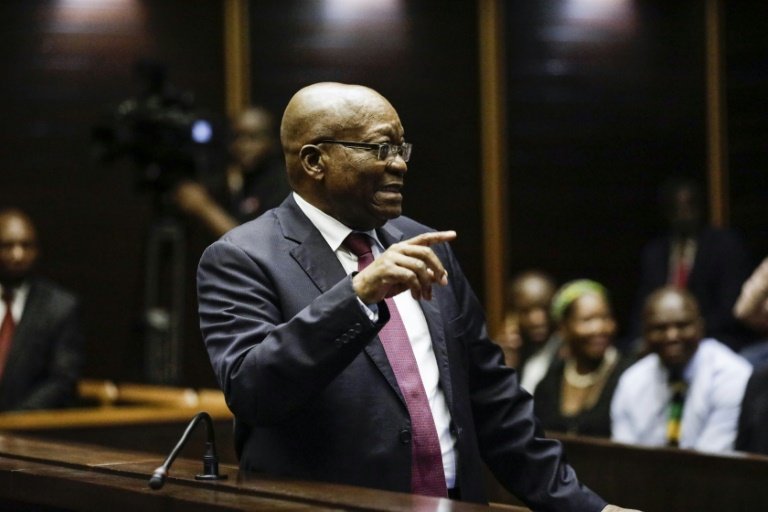 South Africa's scandal-tainted former president Jacob Zuma and French arms dealer Thales, accused of graft in a case going back more than two decades, will go on trial in May, the High Court ruled Tuesday.

Zuma is facing 16 charges of fraud, graft and racketeering relating to the purchase of fighter jets, patrol boats and military equipment.

Judge Nkosinathi Chili at the High Court in Pietermaritzburg said the matter was certified as trial-ready and would be heard between May 17 and June 20, 2021.

Zuma was not present for the announcement.

The case was postponed last December, when Thales contested the racketeering charges linked to the arms deal.

But a court dismissed the challenge on January 22, a decision that Thales said it would not contest.

Both the state prosecution and defence attorneys had asked the pre-trial court for extra time.

They cited among other things Covid restrictions on international travel that could impede the availability of witnesses living abroad.

Zuma, 78, who was forced to step down in 2018 by the African National Congress (ANC) after nine years in power, is separately accused of enabling runaway looting of state assets during his tenure.

The judicial panel probing this alleged graft on Monday sought orders to jail Zuma for two years for defying a court order compelling him to testify.

The embattled ex-leader has repeatedly snubbed summonses by the commission, saying its chair, Deputy Chief Justice Raymond Zondo, is biased.

He testified only once, in July 2019, before staging a walkout days later.

The findings of the anti-corruption commission will not lead directly to indictments but may be handed to the prosecution for possible charges.