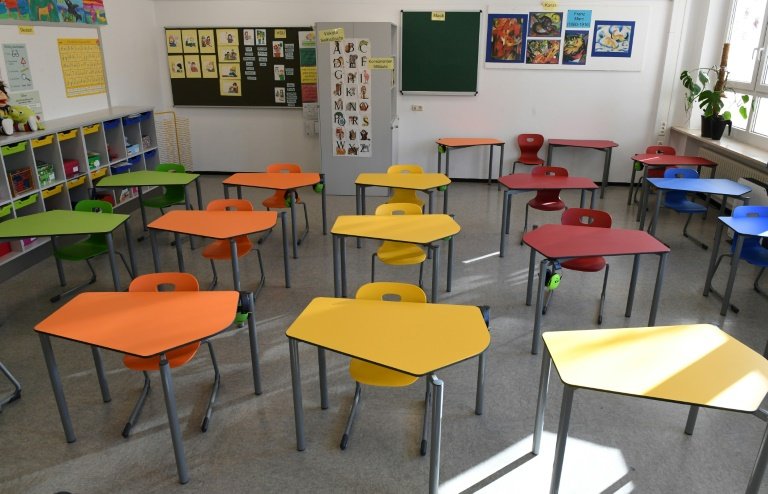 Hundreds of thousands of German pupils returned to schools and kindergartens for the first time in two months on Monday, despite fears of a third coronavirus wave fuelled by the British variant.

Schools and daycare centres reopened in 10 German regions, including the capital Berlin and the most populous state North-Rhine Westphalia.

Most schools are limiting the return to pupils attending primary classes one to three. Class sizes have also been halved, alongside other precautions such as mask-wearing and airing out rooms, but critics have questioned whether the timing is right for the reopenings.

In discussions with party colleagues on Monday, Chancellor Angela Merkel reportedly mooted plans for a step-by-step relaxation of measures in areas such as social contact, schools and restaurants and culture.

Merkel argued that relaxation measures should be strongly tied to testing, according to participants in the meeting.

Yet experts are warning that Germany could be at the start of a third coronavirus wave, as case numbers have begun to rise again in recent days.

On Monday, the nationwide seven-day incidence rate returned to 61 cases per 100,000 people after sinking to almost 50 in the past weeks.

Spahn had said last week that the more infectious UK variant of the coronavirus is spreading rapidly in Germany, where it now accounts for more than one in five cases.

Yet Families Minister Franziska Giffey defended the decision to allow schools to reopen on Monday.

"Taking the first steps to open things up is the right thing to do for children and their wellbeing," Giffey told broadcaster ZDF.

She admitted however that schools may have to close again in regions with a dramatic rise in case numbers.

Education policy falls under the remit of individual federal states in Germany, meaning school reopenings differ from region to region.

In Berlin, primary school pupils will have to wear masks during lessons, with class sizes reduced to half the usual size and classes alternating between school and remote learning.

Other states such as Saxony are offering a full programme, with classes split into strictly separated smaller groups.

In the northern city of Hamburg, meanwhile, schools remain largely closed until the beginning of March.

Many states are also planning to roll out regular tests for teachers, after Germany announced free antigen tests for all citizens from March onwards.

Teachers may also soon be moved into a higher priority category for inoculation.

Regional health ministers are set to discuss such a move on Monday, despite reservations from Germany's vaccination commission, which wants to prioritise patients and vulnerable people.