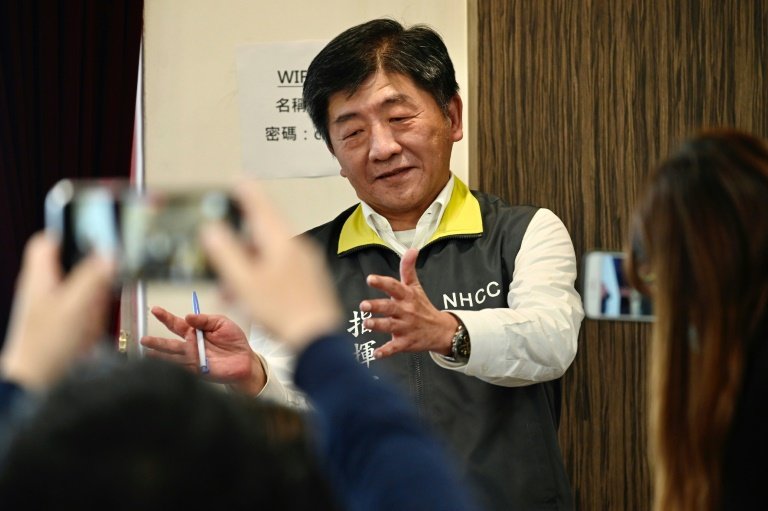 An attempt by Taiwan to secure five million doses of coronavirus vaccine failed at the last minute because of "political pressure", Taipei's health minister said Wednesday, raising fears China could be creating roadblocks for the inoculation drive.

Health minister Chen Shih-chung revealed during a radio interview that a crucial deal to acquire the Pfizer/BioNTech vaccine had failed "at the final step" of negotiations with BioNTech.

"The deal fell through... because someone doesn't want Taiwan to be too happy."

German firm BioNTech has struck a deal with the Shanghai-based Fosun Pharmaceutical Group to bring the vaccine to China.

When asked if Beijing might be blocking the deal, Chen replied "this could be a possibility but we can't confirm it. We are still communicating with" the company.

Fosun and BioNTech did not return requests for comment.

The pandemic has highlighted the diplomatic and economic isolation China forces on Taiwan's 23 million citizens.

Beijing sees self-ruled democratic Taiwan as part of its territory awaiting reunification, by force if necessary.

It has dramatically stepped up its pressure campaign since President Tsai Ing-wen was elected in 2016, poaching seven of Taiwan's diplomatic allies and blocking Taipei from global bodies including the World Health Organization (WHO).

Taiwan has survived the pandemic largely unscathed -- with fewer than 940 confirmed cases and nine deaths so far -- by closing its borders early, imposing strict quarantine measures and rolling out effective tracing.

But it has struggled to locate adequate vaccine supplies and only recently announced a supply of five million doses by American pharmaceutical giant Moderna and 200,000 doses of Oxford-AstraZeneca vaccine via COVAX.

An analyst said Beijing has previously used the pandemic to pressure Taiwan.

"China's continued weaponisation and politicisation of people's health -- which should be apolitical -- should not come as a surprise, especially given everything that has been going on with the WHO," tweeted Jessica Drun, a Taiwan-China expert at the Project 2049 think-tank.