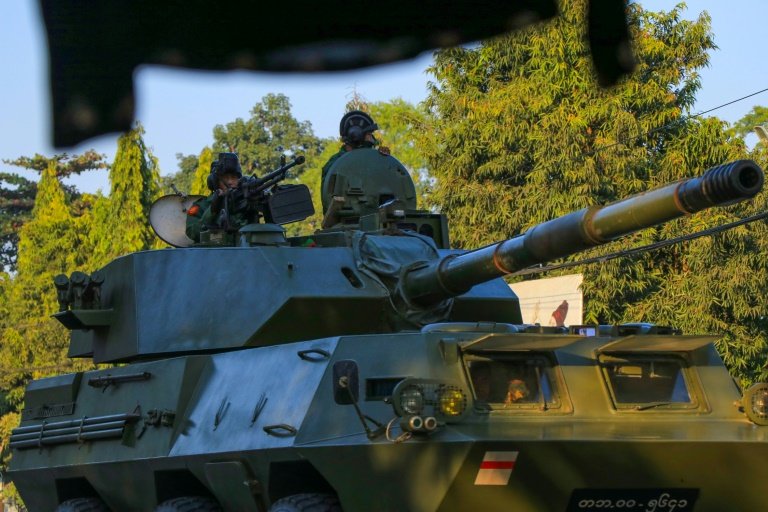 Myanmar's coup has left its younger generation bunkered down at home, obsessively tracking arrest rumours on social media and weighing whether to defy the military on the streets.

Since the dawn army raids that took Aung San Suu Kyi and her government's top ministers into custody on Monday, outrage has simmered behind closed doors over the sudden end to a fledgling democracy.

A generation too young to remember the last military takeover say they are unlikely to confront the troops now patrolling the streets without a clear signal from the country's deposed leaders, or guidance from veterans of earlier civil strife.

"We have the readiness, the anger, the anxiety," said Aye.

But the spark for whatever comes next "needs to come people who can lead", she added.

Aye and the other Myanmar youth who spoke to AFP asked for their real names to be withheld out of fear of reprisals.

She was born in 1988, the year of massive nationwide protests against the country's military leadership, which eventually saw thousands killed in a merciless crackdown. 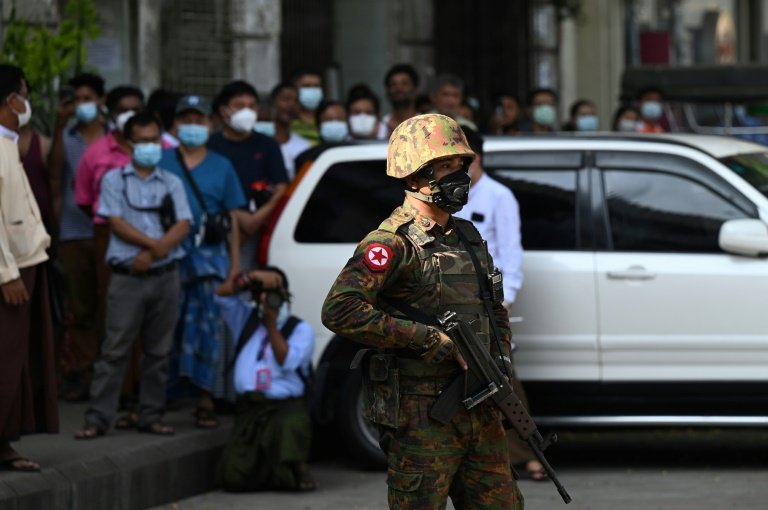 Myanmar youth say they are unlikely to confront the troops now patrolling the streets without a clear signal from deposed leaders, or guidance from veterans of earlier civil strife / © AFP/File

The rallies may have failed to topple the junta, but they gave rise to the country's most famous dissidents, including Suu Kyi, who was catapulted to international attention as the face of resistance.

While the Nobel laureate was spending years under house arrest, Aye was growing up in a refugee camp.

She moved back to Myanmar the same year that Suu Kyi's party swept to power in 2015, but she believes the future of her business in Yangon has been "completely destroyed" by the putsch that has dashed the nation's democratic prospects.

She is instead stocking up on food, water and other essentials alongside her friend Ko Ko, with the pair intending to use the shopfront as a refuge for close friends in the event of arrests, or bloodshed.

Ko Ko, 22, said he had been in a daze since Monday when he woke to hear his neighbours in Yangon listening to the emergency broadcast announcing the coup.

"Right now, everyone knows it's not the time to protest," he told AFP, saying he had been more preoccupied with queueing at his bank for nearly an hour while he and his neighbours frantically tried to withdraw their savings.

Myanmar's military has justified its takeover by claiming Suu Kyi's government failed to address allegations of fraud in a national election last November. 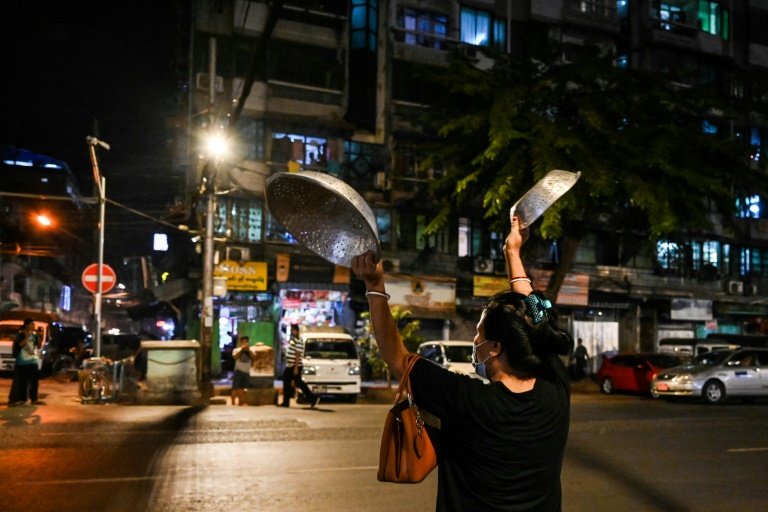 Resistance has so far been limited to peaceful civil disobedience, including banging pots and pans in a practice that is traditionally associated with exorcising evil / © AFP/File

International observers -- as well as Myanmar's own election monitor -- reported no major issues with the vote.

Many Myanmar social media users rejected the military's reasoning for the coup, including one young woman in a city on the southern coast who told AFP the fraud claims were "total bullshit".

Khin, who recently returned to her hometown after finishing her university scholarship in Europe, also said most people she knew did not believe the military would relinquish power after a year as it said it will.

"Nobody knows but everybody thinks so," she said. "Nobody trusts them."

Plans to resist have so far been limited to peaceful acts of civil disobedience, with medical staff staging a strike and Yangon residents banging pots and pans in a practice that is traditionally associated with exorcising evil.

There has also been an outpouring of rage online, as people share news of tanks moving around cities and rumours that dissidents have been taken into detention.

"It's possible that social media is having a palliative effect," said Mary Callahan, an associate professor of international studies at the University of Washington who is based in Yangon.

It is unclear how long that will last, with reports of phone networks blocking access to Facebook and other platforms on Thursday.

"People are angry, and also scared," said an activist based in Mandalay, the second-largest city.

But he added they were also "confused, with conflicting information on social media and a lack of political leadership after the arrest of Aung San Suu Kyi".

And many worry that an overt backlash could be used as an excuse to prolong military rule.

The activist added: "We (experienced) the military regime for decades and know how bad things can go."