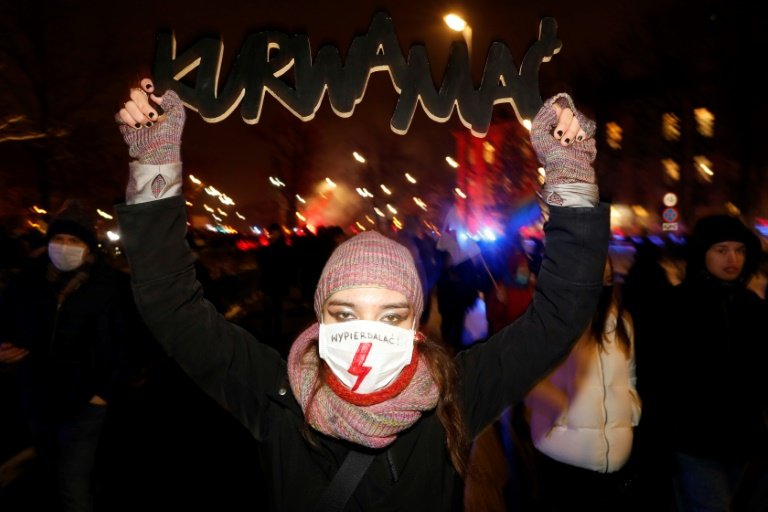 A demonstrator in Warsaw on Thursday / © AFP

Armed with red paint and defying coronavirus restrictions, hundreds of Poles rallied in Warsaw Thursday against a controversial court verdict imposing a near-total ban on abortion.

Protesters also took to the streets elsewhere in the EU member in what was the second night of outrage after the Constitutional Court ruling came into effect on Wednesday.

The move means that all abortions in Poland are now banned except in cases of rape and incest, or when the mother's life or health are considered to be at risk.

"We're gathering here because this state thinks it can take away our freedom," Marta Lempart, a leading protest organiser from the Women's Strike group told the crowd at the Warsaw rally. 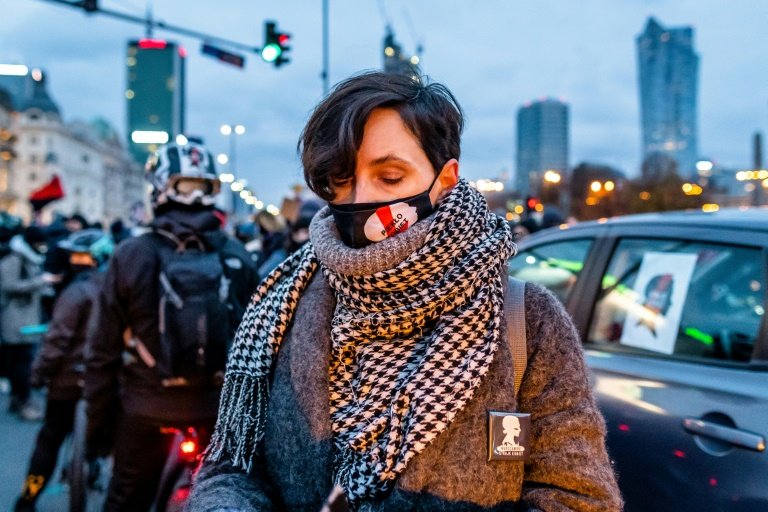 Many wore face masks with the red lightning symbol used by pro-choice activists, lit red flares and held up signs declaring "We've Had Enough" and "This Means War".

Some protesters spilt cans of red paint in front of the fenced off Constitutional Court. Several people were detained by police after entering the premises.

Women's Strike tweeted that among those detained was one of the group's leaders, Klementyna Suchanow.

The court verdict is supported by Poland's right-wing and ultra-Catholic government, which gave it legal force by publishing it in the Journal of Laws on Wednesday.

The country was rocked by massive demonstrations when the verdict was first issued in October, following a request by members of the governing Law and Justice party (PiS).

The October 22 ruling said abortions in cases of foetal abnormalities were "incompatible" with the constitution.

Predominantly Catholic Poland already has one of Europe's most restrictive laws on abortion.

There are fewer than 2,000 legal abortions every year and women's groups estimate that an additional 200,000 women abort either illegally or abroad.

The government has defended the verdict, saying it will halt "eugenic abortions", referring to the termination of foetuses diagnosed with Down's Syndrome, but human rights groups have said it will force women to carry non-viable pregnancies.