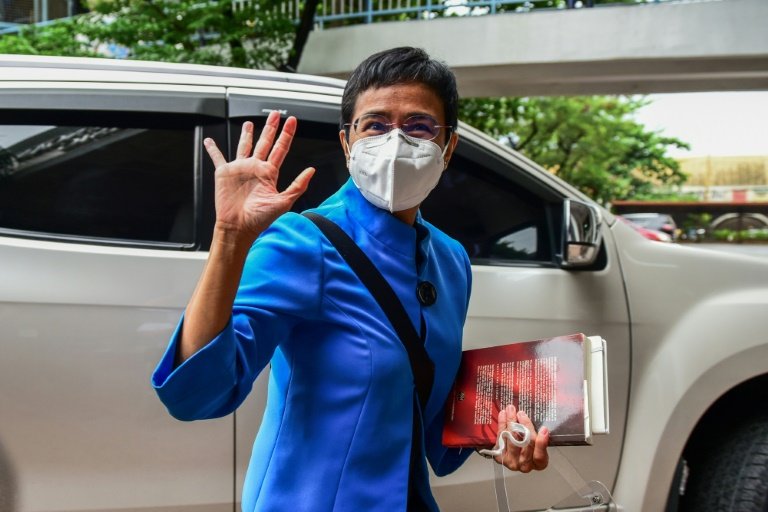 Ressa and her news site Rappler face at least a dozen criminal charges and investigations after publishing stories critical of President Rodrigo Duterte's policies, including his bloody drug war.

"It's my 10th arrest warrant in less than two years. That's definitely a pattern of harassment," Ressa, who Time magazine named Person of the Year in 2018, told AFP Thursday.

In June, the former CNN correspondent was convicted on another charge of cyber libel; she is on bail pending an appeal against that verdict, which could see her spend up to six years in prison.

She sought last month to have another similar charge quashed as well.

Ressa and Rappler reporter Rafael Talabong, who also uses the name Rambo, each posted bail of 30,000 pesos ($625) after they learned that warrants had been issued for their arrest, their lawyer Theodore Te said on Thursday.

A Manila city prosecutor filed the charges in December, following a complaint from a professor at a private university over a Rappler article published in January 2020.

The story alleged the professor had accepted money from thesis students in exchange for passing grades, according to a copy of the charge sheet Te shared with reporters.

Ressa and Talabong had "willfully, unlawfully and feloniously" hurt the character and reputation of the professor, according to the charge sheet.

Talabong, who wrote the story, said he stood by the article.

Court officials were not immediately available for comment Thursday.