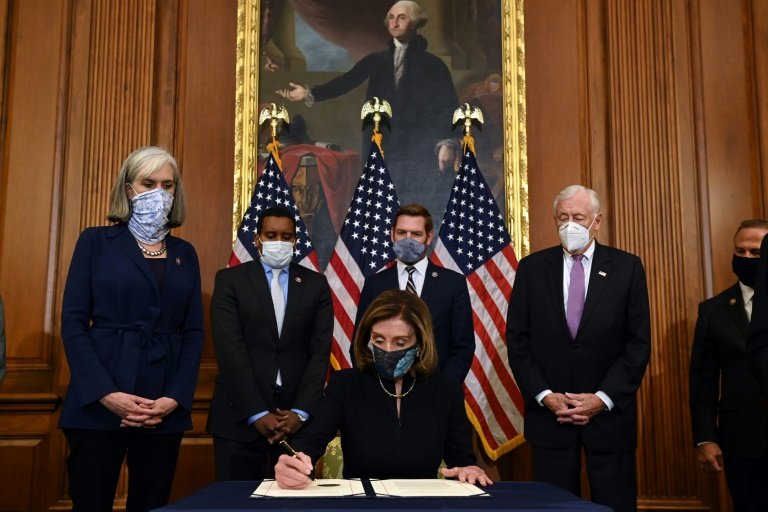 The House of Representatives was set to impeach "clear and present danger" President Donald Trump Wednesday, with several key Republicans backing the Democrat-led push to bring down the real estate tycoon in flames a week before he leaves office.

Donald Trump became the first US president in history to be impeached twice when the House of Representatives voted to charge him with inciting last week's mob attack on Congress.

"Today, in a bipartisan way, the House demonstrated that no one is above the law, not even the president of the United States," Democratic Speaker Nancy Pelosi said after Wednesday's vote.

The Senate will not hold a trial before January 20, when Democrat Joe Biden assumes the presidency, meaning the real estate tycoon will escape the ignominy of being forced to leave early. 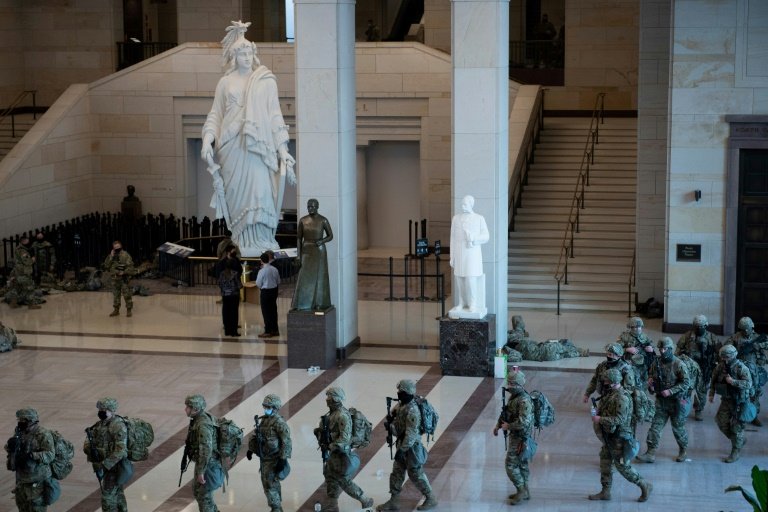 He is set, however, to face a Senate trial later, and if convicted he might be barred in a follow-up vote from seeking the presidency again in 2024.

"Donald Trump has deservedly become the first president in American history to bear the stain of impeachment twice over," said Democratic Senator Chuck Schumer, who in a week's time will become Senate leader.

"The Senate is required to act and will proceed with his trial."

In the House of Representatives, the only question was how many Republicans would join the lockstep Democratic majority in the 232-197 vote. Ten Republicans broke ranks, including the party's number three in the House, Liz Cheney. 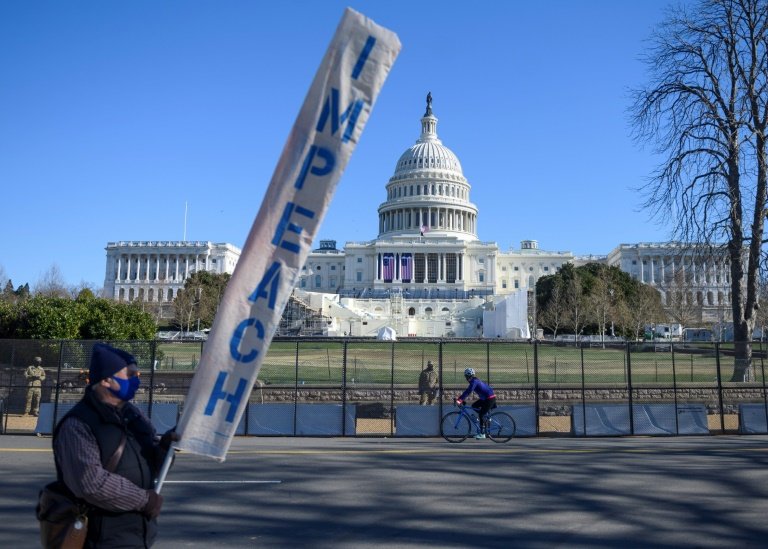 "I am in total peace today that my vote was the right thing and I actually think history will judge it that way," said Adam Kinzinger, a vocal Trump critic and one of the Republicans who crossed the aisle.

Holed up in the White House, Trump issued a videotaped address in which he made no mention of impeachment.

Instead, the comments focused on an appeal for Americans to be "united," avoid violence and "overcome the passions of the moment."

Biden, who inherits the pandemic and an ailing economy amid many other woes, welcomed Wednesday's decision but urged the Senate to address his priorities such as approving cabinet nominations while also dealing with Trump's trial.

"I hope that the Senate leadership will find a way to deal with their Constitutional responsibilities on impeachment while also working on the other urgent business of this nation," Biden said in a statement. 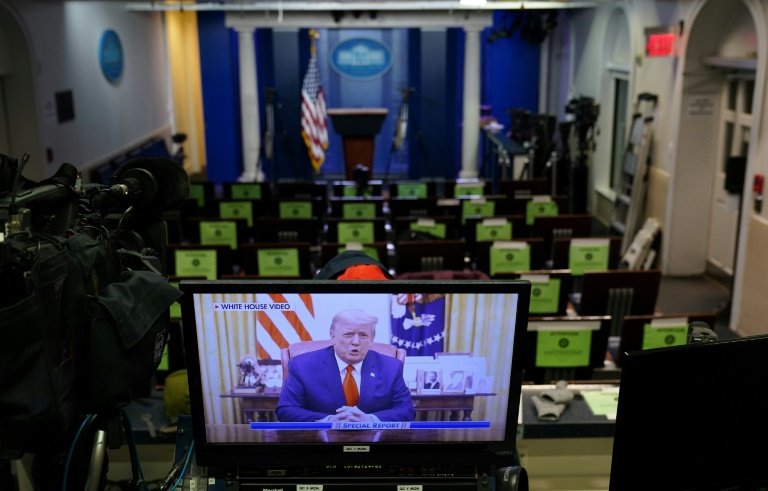 Despite Trump's denunciation of violence following the mayhem inflicted by his followers when they invaded Congress, fears of unrest are high.

Armed National Guards deployed across the capital, and downtown Washington streets were blocked to traffic.

In the Capitol building, guards in military fatigues and carrying assault rifles assembled, some of them grabbing naps early Wednesday under the ornate statues and historical paintings.

Pelosi also announced fines of up to $10,000 for lawmakers who refuse to go through newly installed metal detectors after several Republican lawmakers pushed past police even after setting them off.

"It is tragic that this step is necessary, but the Chamber of the People's House must and will be safe," she said.

Trump survived a first impeachment almost a year ago when the Republican-controlled Senate acquitted him of abusing his office to try and get dirt on Biden's family before the election. 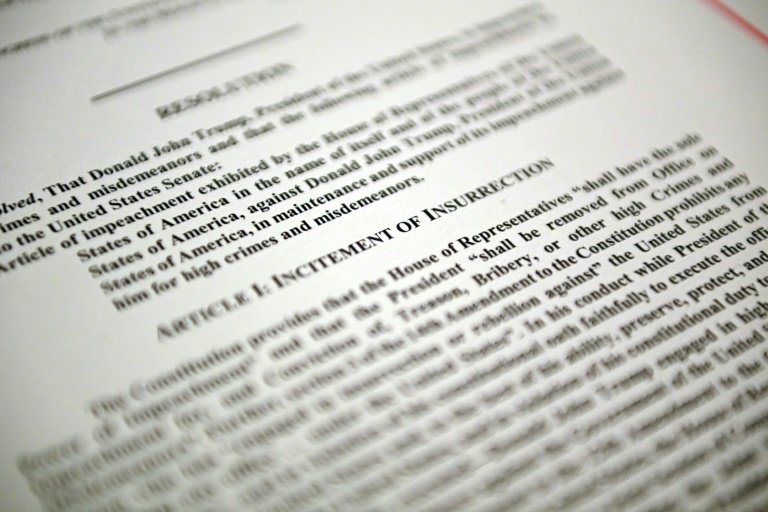 The article of impeachment against US President Donald Trump / © AFP

This time, his downfall was triggered by a speech he delivered to a crowd on the National Mall on January 6, telling them that Biden had stolen the presidential election and that they needed to march on Congress and show "strength."

The mob then stormed into the Capitol, fatally wounded one police officer, wrecked furniture and forced terrified lawmakers to hide, interrupting a ceremony to put the legal stamp on Biden's victory. 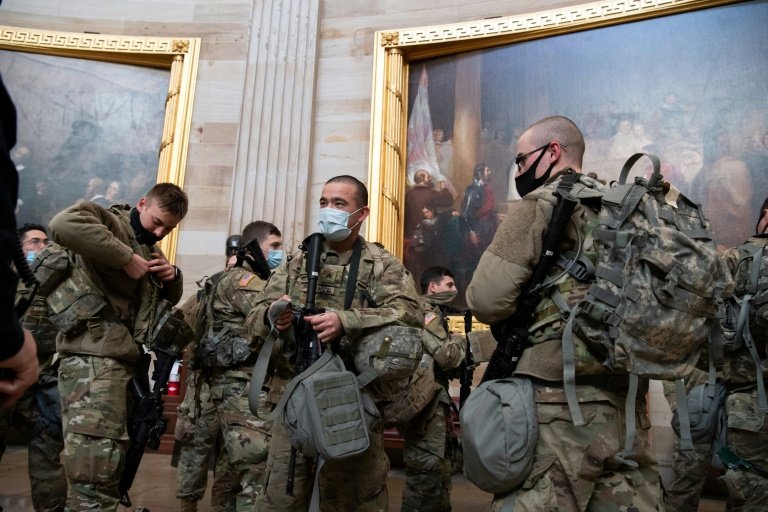 One protester was shot dead, and three other people died of "medical emergencies," bringing the toll to five.

Pelosi told the chamber before the vote that Trump "must go."

"He is a clear and present danger to the nation that we all love," she said.

The top Republican in the House, Minority Leader Kevin McCarthy, said that while Trump deserves censure, hurriedly impeaching will "further divide this nation."

Trump, who has been stripped of his accounts by Twitter and Facebook and finds himself increasingly ostracized in the business world, is struggling to impose his message -- let alone any kind of resistance. 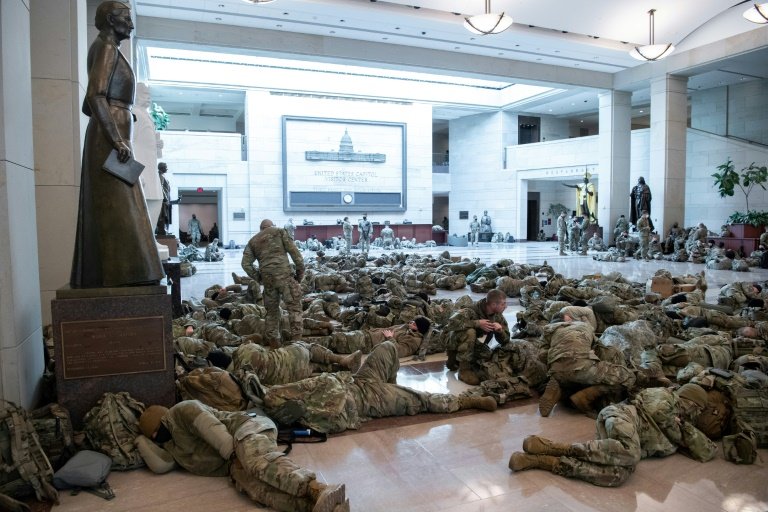 His refusal to accept any responsibility for the horrifying scenes on January 6 has infuriated allies and opponents alike.

The main question now is to what extent former Republican allies in the Senate will turn on their party's figurehead once the Democrats take over control of the chamber.

Current Senate leader, Republican Mitch McConnell, says he will not call for an impeachment trial before Trump's January 20 exit.

However, he said he is open to the possibility of voting to convict Trump in a later trial after Biden becomes president.

"I have not made a final decision on how I will vote and I intend to listen to the legal arguments when they are presented to the Senate," McConnell said.

The New York Times reported Tuesday that McConnell is signaling privately that he believes Trump did commit impeachable offenses.

This presents a potentially fatal shift in the ground under Trump's feet, because it could lead other Republican senators to join in convicting him.