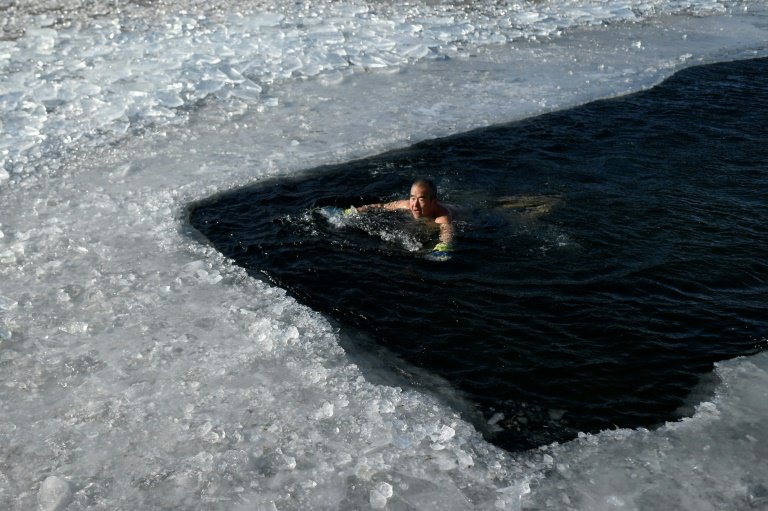 Temperatures in Beijing were set to plummet to a three-decade low overnight on Wednesday, but that didn't stop a hardy group of retirees plunging into icy waters to indulge in their bracing hobby of outdoor swimming.

As the mercury fell to minus eleven Celsius (-12 Fahrenheit) in China's capital by the afternoon -- and was forecast to dip as low as minus 18 overnight -- around 15 swimmers jumped into icy outdoor waters at a central city park.

"It's cold in the water, but you will feel good when you come out," promises 60-year-old Nie Bing, emerging from the cold waves in a pair of trunks. 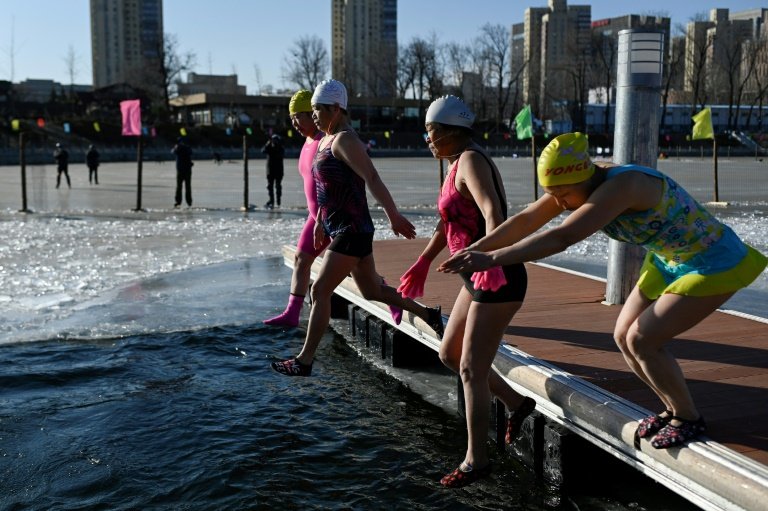 The ice swimmers head to the park every day for their dip, no matter what the weather / © AFP

Wearing swimsuits, goggles, hats, water shoes and socks and even gloves, the band of swimmers take to the water every day for a dip, whatever the weather.

In midwinter they often have to break the ice that forms over the lake, sweeping sheets of it to one side with a fishing rod to create swimming lanes.

Nearby, less hardy souls, bundled up in layers against the chill, glide across the frozen lake on their ice skates. 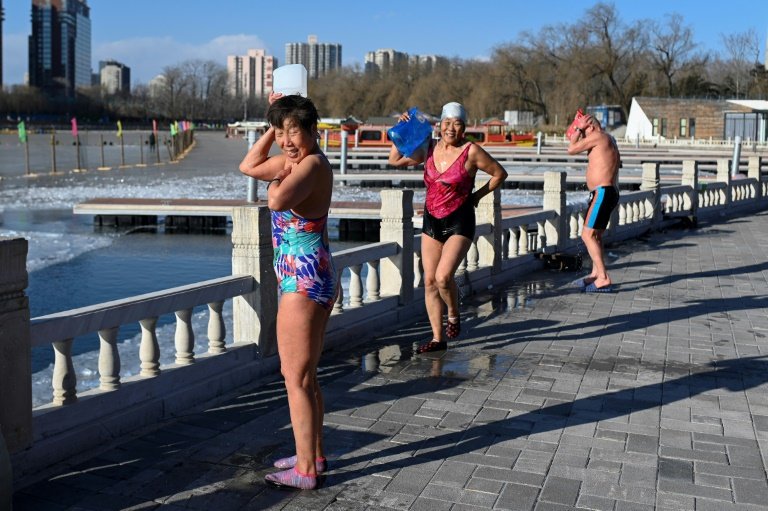 As the swimmers emerged from the lake, some doused themselves in warm water and watched the steam rise off their bodies / © AFP

"The colder it is, the more you want to swim," affirmed another swimmer surnamed Zhang, in his 70s.

China's meteorological authority has issued a severe weather warning across large parts of the country, saying it will be hit by drastic temperature drops and strong gales.

In Beijing, strong winds were predicted to drag the ground feeling down below minus 30 degrees overnight.

As the swimming troupe emerged from the lake, some doused themselves in warm water and watched the steam rise off their bodies. 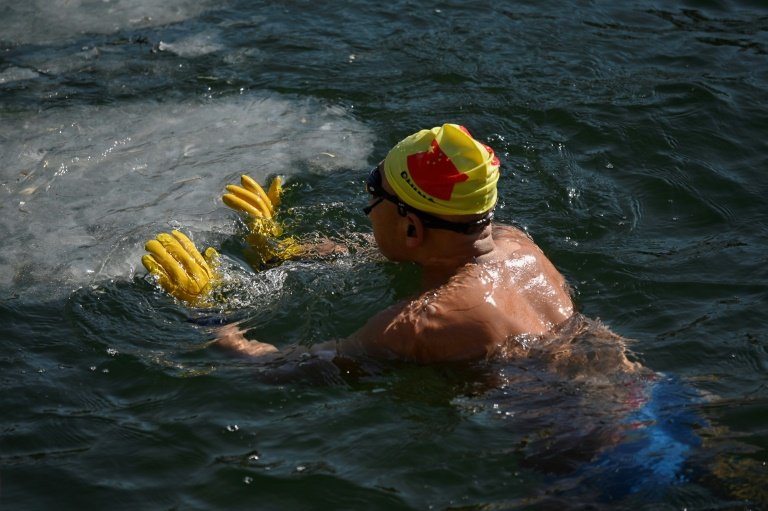 After their daily swim, they bundle up in warm clothes and gather on the banks to sing songs together.

Zhang did admit that the temperature felt "colder than usual" -- but no cause for concern.

"I've swam in colder weather than this," he said.