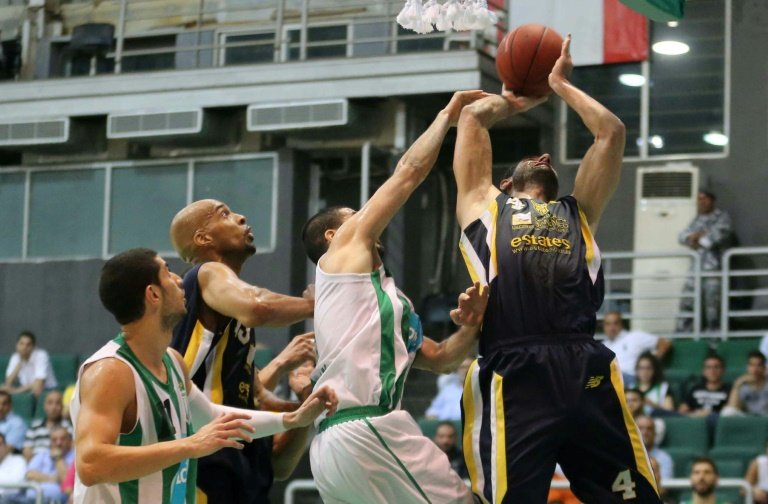 Basketball fast gained popularity in Lebanon after the country's civil war, with Lebanese clubs Sagesse and Al-Riyadi racking up big wins on the regional stage / © AFP/File

Basketball player Charles Tabet was once a national hero blocking shots for Lebanon, but a crumbling economy has forced him into a new life selling cars in Michigan.

After a decade playing in his country of origin, the 33-year-old Lebanese-American last month returned to his native US state to start a new career.

"I sold my first vehicle today," the 2.05-metre-tall (6 feet 9 inches) player wrote on social media, posting a snapshot of himself, eyes smiling above a face mask, next to a much shorter woman and her new white SUV.

Basketball was once the sporting pride of Lebanon, with the national team qualifying for several world cups and two clubs that were dominant forces in the Middle East and Asia two decades ago.

In its heyday, basketball could draw huge crowds and TV audiences in Lebanon, whose football team never made it past the Asian Cup group stages in two participations, let alone qualify for the World Cup.

But with the economy in free fall, the tiny nation is now losing some of its best basketball players, who are emigrating or swapping their jerseys for business shirts.

"It wasn't an easy decision to retire," Tabet told AFP. "I've played 10 years in Lebanon. I've made some great friends who I call family."

But "playing basketball was how I supported myself and my family. With the economic crisis, it's better for me to start my career in the States".

Over the past year, players have seen the Lebanese basketball league suspended, their dollar savings trapped in the bank and buying power plummet amid the country's worst financial crunch in decades.

"It's sad and not the way I wanted to retire, but I'm excited for my next chapter in life," Tabet said.

Basketball fast gained popularity in Lebanon after the end of the civil war in the 1990s, with Lebanese clubs Sagesse and Al-Riyadi racking up big wins on the regional stage.

Interest in the sport further flourished as the national team made it to the World Cup in 2002, 2006 and 2010, the second time winning a game against former colonial power France. 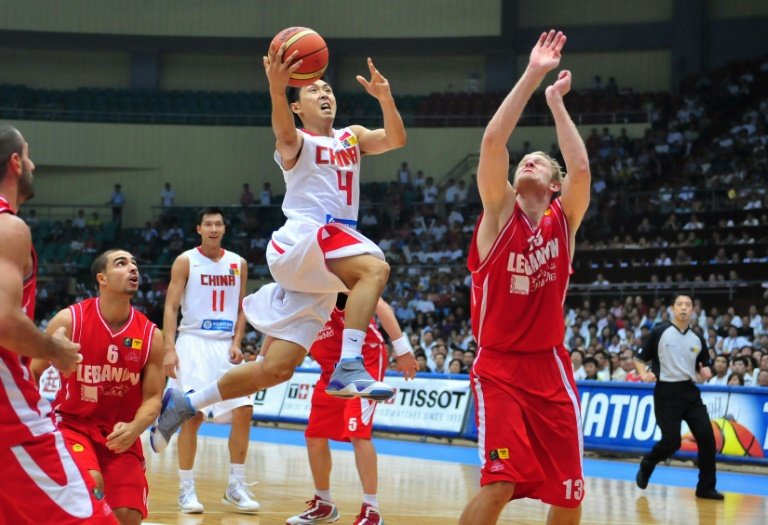 Lebanon's team competed against China in a semi-final match in the Asian Basketball Championships in Tianjin, northern China in 2009 / © AFP/File

During this golden era, Lebanese basketball attracted players from as far as the United States.

Some of the league's "stars" could earn up to $250,000 per season, according to press reports.

But over the past year the economy has deteriorated -- sparking mass protests from last autumn -- and the novel coronavirus pandemic has brought the country to a standstill.

The 2019-2020 Lebanese basketball league season has been suspended since October 2019, and four of the country's international players have quit.

Fellow Lebanese-American Daniel Faris, 33, has returned to the US state of New Mexico to peddle medical supplies.

Lebanese player of Armenian origin Gerard Hadidian, 25, is off to play for an Armenian team.

And Elie Chamoun, 26, has remained in Lebanon, but has hung up his jersey to become a management consultant.

Lebanese coach Ghassan Sarkis said the past year had been bleak.

"While many players once returned from the diaspora to play in the Lebanese league, today you can't convince a single player to come," he said.

Like several others of his peers, Sarkis has thrown in the towel, and is heading to a new job in the oil-rich Gulf.

In Lebanon, the pound has lost up to 80 percent of its value against the dollar on the black market.

To make matters worse, the capital on August 4 was rocked by one of the largest non-nuclear blasts in history.

Lebanon's team captain Elie Rustom, 33, said fellow players have been scrambling to find a plan B.

"The game is heading from bad to worse because it's linked to everything that's happening in the country, so we're all looking for a chance to leave the game," he said.

"I started to work for a real estate company, on top of my investments in restaurants in Beirut."

He said basketball was no longer his priority.

"I only play for the national team to raise my country's profile and remind the public that the game exists."

Back in the United States, Tabet was optimistic, however.

He said basketball had given him key life skills to succeed, starting at the Michigan car dealership alongside his finance director brother.

"I believe athletes will make great business people," he said.

"We are competitive, we know what hard work consists of, we are driven to succeed."