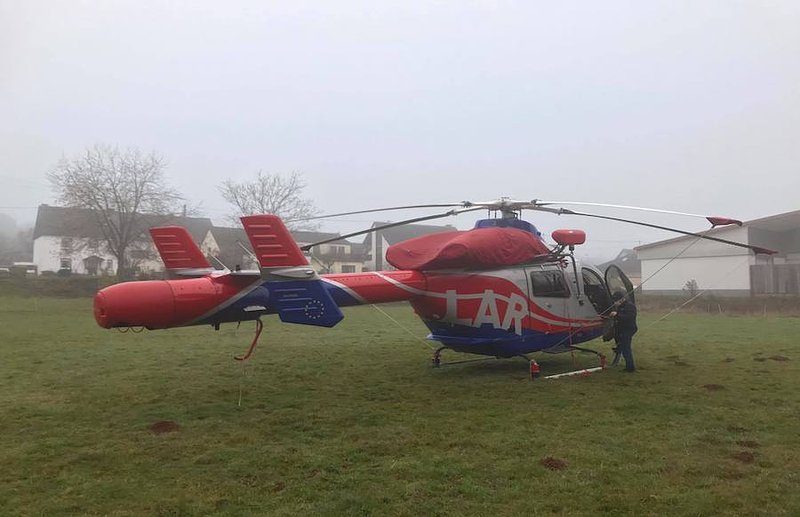 LAR chopper was stuck for over two days in Germany due to poor visibility in foggy conditions.

Since last Wednesday, 25 November, visitors to a supermarket in Hetzerath were puzzled by the appearance of the rescue helicopter in a nearby field.

The AR3 helicopter and the rescue workers themselves were called to an incident in Hetzerath on Wednesday afternoon.

Once the mission was completed, however, thick fog had formed. So dense was the pea-soup, that the crew was forbidden to take off.

In Germany, rescue helicopters are only allowed to fly 'by sight' - flying by 'navigation' (i.e. using air navigation systems alone) is prohibited.

In the case of AR3, the pilots could fly in the poor visibility but it was deemed too dangerous.

As the dense fog refused to budge, the flight home was not possible on Thursday.

It was not until Friday evening that the helicopter was finally able to go home - after being grounded for more than two days in beautiful, but misty, Hetzerath.