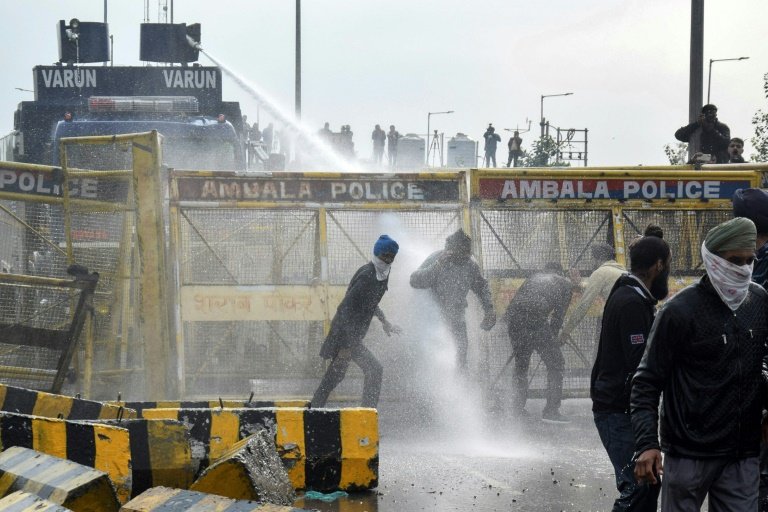 The confrontation happened when police tried to stop the farmers, from the northern state of Punjab, crossing a bridge about 200 kilometres (120 miles) from Delhi.

Armed with sticks and rocks, some of the farmers threw police barriers into the river below. The police opened fire with water cannon and tear gas, further enraging the protestors.

After a two-hour stand-off, police eventually allowed the marchers to continue towards the capital.

The plight of farmers is a major political issue in India, with about 70 percent of rural households depending primarily on agriculture. Issues such as drought and mounting debt have been blamed for the suicides of thousands of farmers in recent years.

Legislation passed earlier this year means that farmers are now free to sell their produce to anyone at any price, instead of to state-controlled markets at fixed rates. 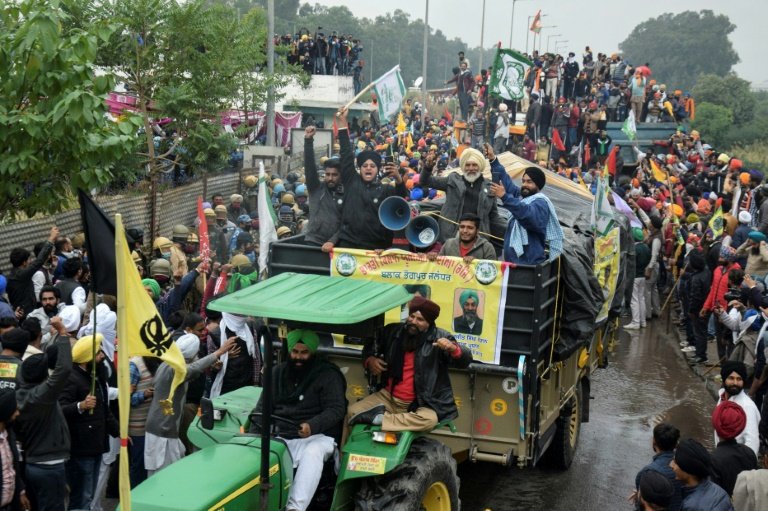 The plight of farmers is a major political issue in India, with about 70 percent of rural households depending primarily on agriculture / © AFP

Prime Minister Narendra Modi hailed this as a "complete transformation of the agriculture sector" that would empower "tens of millions of farmers" and encourage much-needed investment and modernisation.

But the main opposition Congress party, which is in power in Punjab and backs the protests, has argued the change leaves farmers at the mercy of large corporations.

"For nearly two months, farmers have been protesting peacefully in Punjab without any problem," Amarinder Singh, chief minister of Punjab, said on Thursday.

"I urge the BJP to direct their state governments not to indulge in such strong-arm tactics against the farmers. The hands that feed the nation deserve to be held, not pushed aside," he added.

The protesting farmers had also blocked the movement of trains in Punjab for the last two months, before yielding to public and government pressure and lifting the blockade.