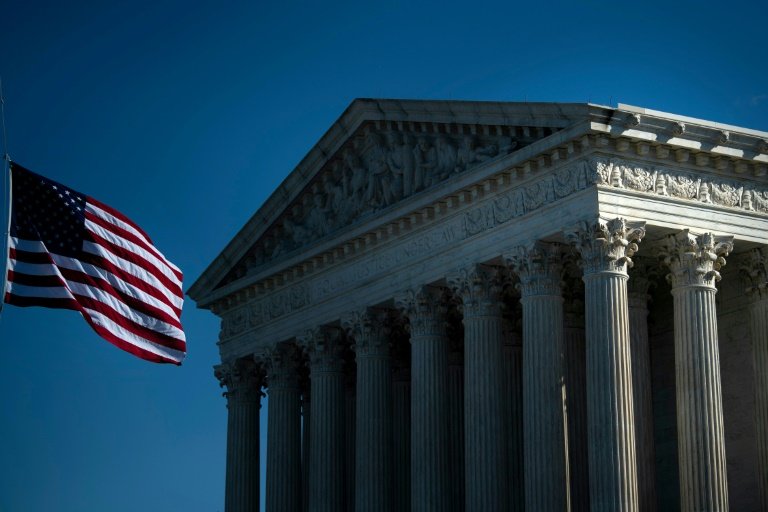 The US Supreme Court has barred New York from imposing coronavirus restrictions on houses of worship in a ruling likely to be heralded by conservatives as a victory for religious freedoms.

Services should not be treated differently from permitted secular gatherings, said the unsigned ruling, one of the first since the appointment of Justice Amy Coney Barrett tipped the court's balance to the conservatives.

Andrew Cuomo, governor of New York state, had ordered that only up to 10 people could gather at sites of worship in high-risk areas designated "red zones".

The court was responding to two applications -- from the Roman Catholic Diocese of Brooklyn, as well as two synagogues -- claiming they were singled out under the restrictions designed to limit the contagion's spread in hard-hit New York City.

In a five-four split, the top US court said the measures violated the First Amendment's protection of the free exercise of religion.

The court had previously swung the opposite way, upholding similar restrictions on services in California and Nevada.

The shift is indicative of the court's new weighting, with the three remaining liberals now outnumbered after the death of Justice Ruth Bader Ginsburg in September.

The court noted that: "Even in a pandemic, the Constitution cannot be put away and forgotten."

The ruling continued: "The restrictions at issue here, by effectively barring many from attending religious services, strike at the very heart of the First Amendment's guarantee of religious liberty."

However, the ruling will have no immediate effect as the state restrictions in Brooklyn had already been relaxed because positive test rates there declined, Cuomo said Thursday.

He said the ruling reflected the court's new, stronger conservative majority under President Donald Trump, who has appointed three conservative judges to it in four years.

"You have a different court, and I think that was the statement that the court was making,” Cuomo said.

"We know who he appointed to the court. We know their ideology," Cuomo said of the president.

Roberts said there was no need to uphold the groups' complaints given the governor's rollback.

But conservative Justice Neil Gorsuch argued that Cuomo had favored secular activities over religious ones.

It is the latest in long-simmering tensions between officials and some religious communities over social-distancing measures, with protests erupting in Brooklyn last month.

The ruling comes as the United States continues to report record infection numbers, with more than 86,000 coronavirus hospitalizations on Tuesday alone.