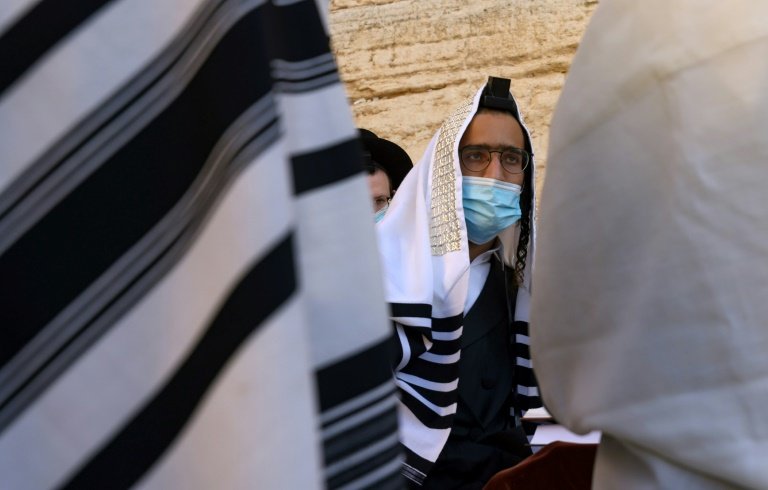 A young Ultra-Orthodox Jewish man wears a facemask and a tefillin during prayers at the Western Wall in the Old City of Jerusalem in this file picture taken on October 18, 2020 amid the coronavirus pandemic / © AFP/File

For many, the pandemic has been a time of devastating isolation, but for some ultra-Orthodox Israeli Jews it has pushed them to integrate in the world outside their narrow communities.

Lockdowns and restrictions on gatherings in Israel have shaken the rhythm of ultra-Orthodox, or haredi, life -- especially the continuous cycle of communal Torah study in religious schools known as yeshivot.

For some, that disruption has had a profound impact.

Yoav, a young man who asked that his last name be withheld, said the coronavirus pandemic triggered a spiritual crisis that led him to embrace a life outside his clannish, conservative surroundings.

"The corona gave me the opportunity to leave this world," he told AFP.

Removed from his daily routine of study in a yeshiva, Yoav found himself stuck at home with a father unbending on matters of religious observance.

"The tensions were constant," he said.

"For years I had known that this life was not made for me and then I understood that I had to leave."

He had heard about Hillel, a non-profit which since 1991 has helped haredi youth seeking a different life.

He called them, moved out of his family home and has been living with 13 other young people aged 18 to 25 in the organisation's large Jerusalem shelter.

Residents are supported by mentors from the non-profit and by social workers, who give psychological and financial assistance and offer courses to help them integrate into non-haredi society.

"We're here to help them find their place in the world," she said.

Cut off from more secular Israeli society, haredim adhere to a rigid interpretation of Judaism and an equally strict social code.

Most males study scripture throughout the day. 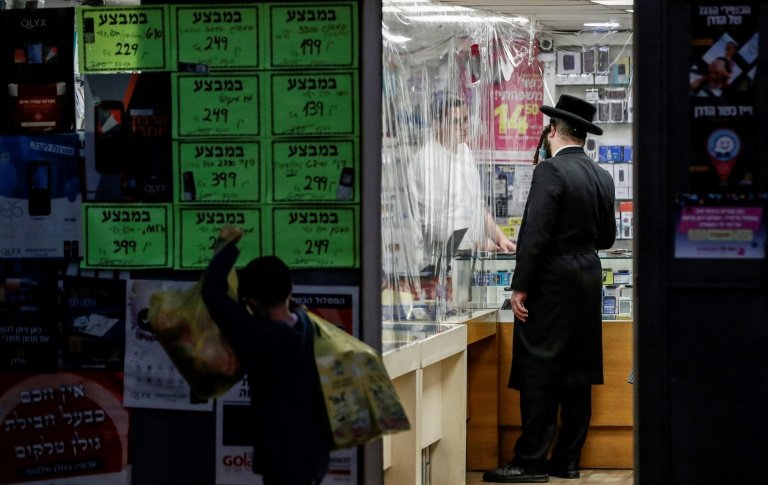 An ultra-Orthodox Jewish man, mask-clad due to the Covid-19 pandemic, inquires about a product at a shop in Jerusalem / © AFP/File

Women, who receive a broader education, are kept apart from men outside their family until marriage, which usually takes place at a relatively young age.

Haredi women have higher workforce participation than their husbands, who typically remain dedicated to religious studies.

Hillel is generally approached each year by around 350 youngsters, mostly between the ages of 19 and 25, but requests doubled in 2020 as the pandemic took hold, the organisation's director, Yair Hess, told AFP.

With the closure of the yeshivot, he said, haredi youth have spent more time than usual with their families, creating a "pressure cooker" which exploded in many homes.

The seminary "was like a protective greenhouse for these young people", said the 38-year-old educator.

But the Covid-19 pandemic has shaken up their daily lives, forcing some to look for work to help their families in financial difficulty.

"They found themselves in a world they did not know and wanted to discover it," he said.

He now works for the transport ministry and is taking lessons in maths and English, subjects not taught in ultra-Orthodox classrooms which are separate from the regular education system.

The young people taken in by Hillel can stay four months in the shelter and then move into other accommodation it runs, for which they must pay rent. 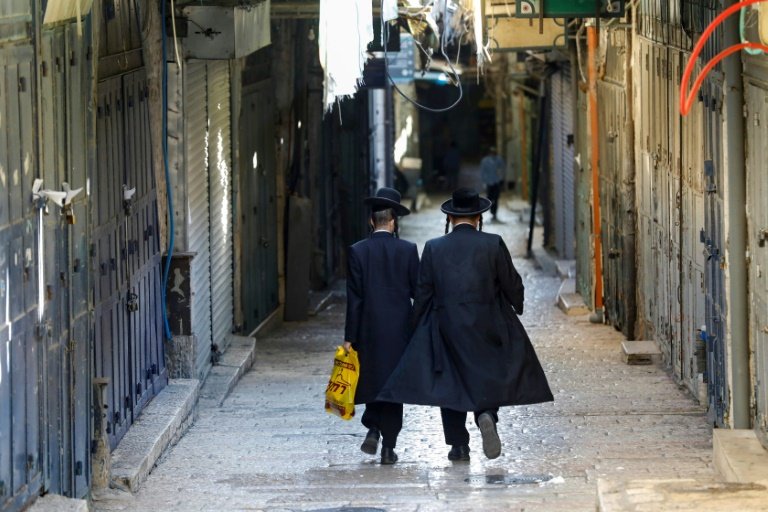 Lockdowns and restrictions on gatherings aimed at halting the virus' spread in Israel have shaken the rhythm of life for ultra-Orthodox Jews, pushing them to integrate in the world outside / © AFP/File

Efrat, a 21-year-old woman also living in the Jerusalem shelter, told AFP that she wants to become a professional make-up artist to "brighten up life".

She had left her large family but returned when the pandemic left her unemployed and unable to pay her rent.

Life back home was a "nightmare", she said, on the verge of tears, without wanting to elaborate.

Her mother ordered her out of the house and she was living on the street, before being hospitalised with the diabetes she has had since childhood.

The hospital contacted Hillel, who welcomed her into the home and allowed her to discover "a new world" where the company of the opposite sex was not taboo.

"Paradoxically, the corona saved me," she said with a shy smile.