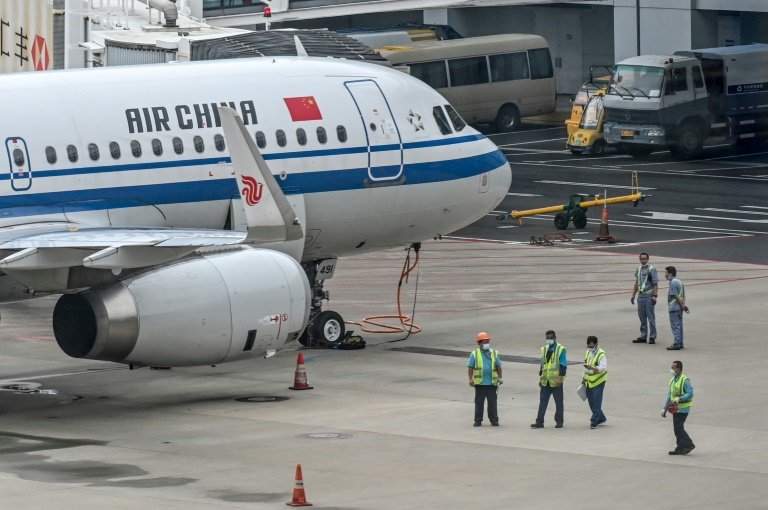 More than 17,700 people had been swabbed by Monday morning in the drive to test cargo staff at Shanghai's Pudong airport / © AFP

Staff at Shanghai's biggest international airport are facing mass testing after a small outbreak of Covid-19 in the city was linked to several cargo handlers, with plans underway to vaccinate high-risk workers.

Life in China -- where the virus first emerged late last year -- has largely returned to normal following strict testing and harsh lockdowns, but there has been a series of sporadic local outbreaks over recent months.

Shanghai has reported six local infections linked to the airport this month, with most of the cases in the past few days.

Overnight Sunday into Monday, workers in full protective gear ushered Pudong International Airport staff into a multi-storey car park to have the virus test, with videos posted online by Shanghai health authorities showing scores of people filing into the facility.

More than 17,700 people had been swabbed by Monday morning in the drive to test airport cargo staff, the official Xinhua news agency reported, and results had come back negative on over 11,500 so far.

Frontline cargo workers will be given regular tests in the future and those in high-risk jobs will also be given vaccines for Covid-19, Xinhua added, citing Shanghai Airport Authority vice-president Zhou Junlong, who said the process would be voluntary.

On Monday authorities said two cargo handlers at the airport who tested positive earlier this month had entered and cleaned a container arriving from North America -- without wearing masks -- in late October.

China has been rolling out mass-testing campaigns upon the emergence of local cases, and authorities have recently shifted their focus to imported frozen food and other imports, which are blamed for a resurgence of local infections.

A cluster of domestic cases has also been reported in the northern port city of Tianjin, where state media said 2.6 million people are being tested.